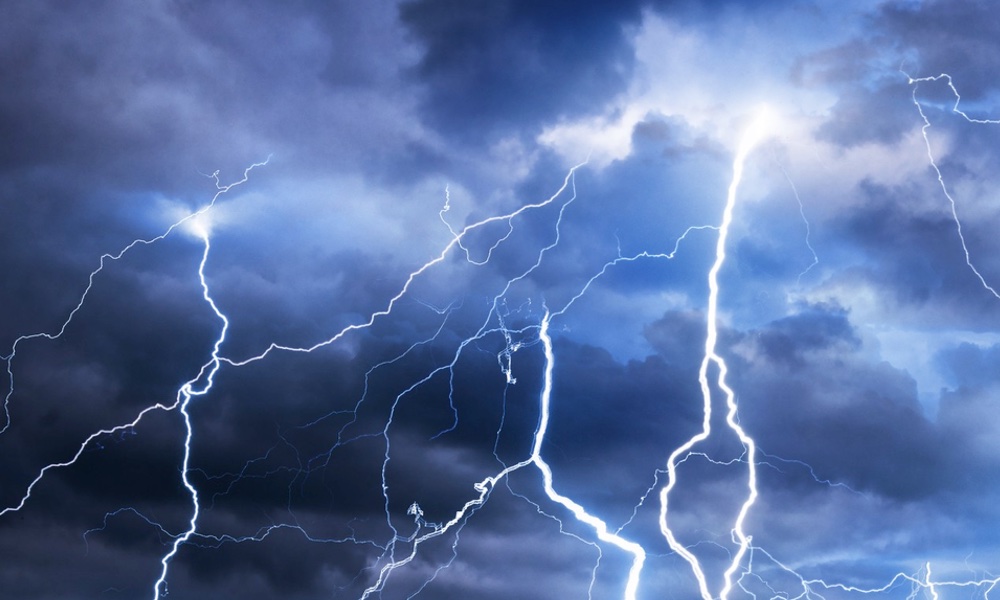 The electrical discharge from a lightning strike can travel as much as five miles and carry 50,000 volts. Here's what to do to stay safe.

When it comes to lightning, be grateful you don’t live in Lake Maracaibo, Venezuela, an area with the most lightning hits anywhere on earth. During thunderstorms in Maracaibo, there are an average of 28 lightning strikes per minute, for up to 10 hours at a time.

No matter where you live, you’re not safe in a thunderstorm. Lightning is a giant discharge of electricity accompanied by a brilliant flash of light and a crack of thunder. The electrical spark discharged by lightning can carry a hundred million volts and extend over five miles. It can raise air temperature by up to 50,000 degrees Fahrenheit.

A direct hit is usually lethal, but since indirect strikes are more common, only about 10 percent of people struck by lightning die. Even those not killed instantly may still die from cardiac arrest because lightning short-circuits the heart's electrical rhythms. Less direct strikes can result in loss of consciousness, broken bones, muscle pains, confusion, hearing loss, seizures, burns, behavioral changes and cataracts.

Stay away from concrete floors or walls. Lightning can travel through the metal wires or bars in concrete walls and flooring.

Because lightning is such a dangerous weather event, it's important to know the situations that put you most at risk for being struck by lightning and what to do to avoid them.
ADVERTISEMENT

It’s true that the odds of being hit by lightning in any year are pretty low — they're estimated at less than one in a million. But if you’re outdoors when a thunderstorm is brewing, the odds are much higher. People who work outdoors or frequently enjoy outdoor recreation are far more likely to be struck.

The same is true for those who live in areas like Maracaibo that see more lightning strikes, and the season can raise the risk, too. The odds of being struck by lightning are higher during seasons — think summer — that have more thunderstorms. With that in mind, it’s not too surprising that the “lightning capital” of the U.S. is Florida with more than 2,000 injuries over the last 50 years. Rising temperatures worldwide may mean the risk of being struck by lightning increases as well.

What can you do to protect yourself from lightning’s potential danger? These are the CDC’s tips for staying safe in a thunderstorm:

If you’re caught outdoors, and there’s no place you can seek shelter: