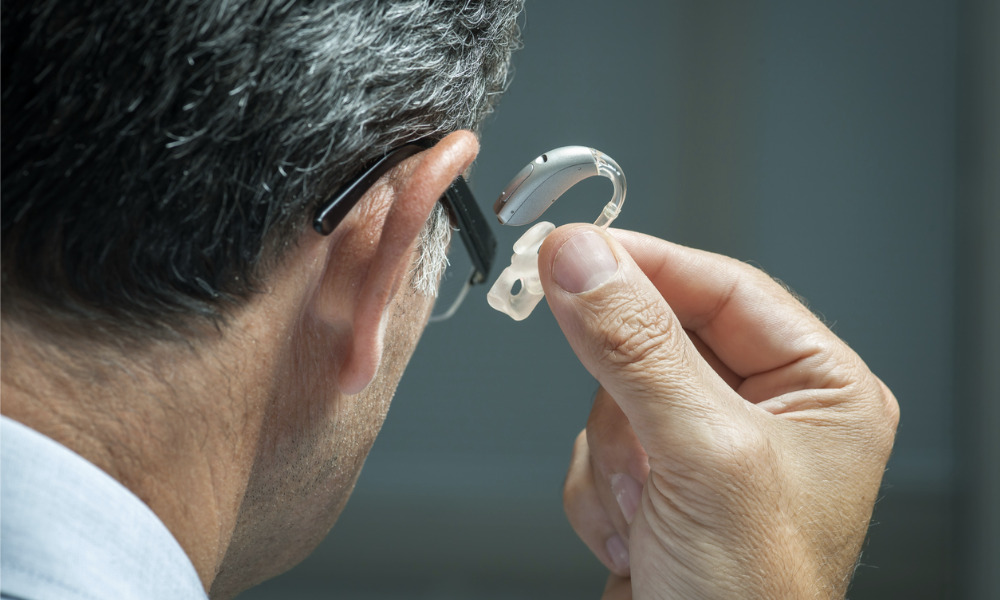 Charlotte LoBuono
Hearing loss makes it harder for seniors to think and socialize, and easier for them to fall. Addressing it saves healthcare dollars.

Hearing loss affects roughly half of seniors 60 years old and older and two-thirds of those 70 and over. Yet fewer than 20 percent of older adults with hearing loss say they wear hearing aids.

What makes these statistics important is that people who have lost much of their hearing tend to have a cascade of problems, problems that could be avoided if their hearing loss were treated. The too-common side effects of hearing loss are cognitive decline, dementia and depression. Falls are another issue. Seniors with hearing loss fall more often and require more frequent emergency department visits and hospitalization, compared to those with normal hearing, though the links to these conditions need more investigation. Understanding the connections among these conditions and hearing loss could not only improve public health, it could also lower costs, according to two studies by researchers at Johns Hopkins University, one looking at the association of hearing loss and health outcomes; the other examining the association between untreated hearing loss and healthcare costs.

Hearing loss is like listening on a bad cell phone signal all the time. It’s exhausting.

Left untreated, both studies found hearing loss is associated with several health issues, including cognitive decline, dementia, depression, falls and stroke. Uncorrected hearing loss also results in higher healthcare costs and more frequent hospital readmission.
ADVERTISEMENT
Hearing loss may be linked to dementia and cognitive decline for several reasons, researcher Jennifer Deal told TheDoctor, including the increased social isolation hearing difficulties can bring. “Hearing loss can affect the ability to be socially engaged over time.” This increased social isolation and difficulty interacting with others can also lead to depression. Another reason for the connection between cognitive decline and hearing loss may be due to what scientists call increased cognitive load. The brain needs to work harder to decode the sound waves coming into the ear because the waves are distorted. This increase in cognitive load can cause structural changes in the brain that over time affect its function. Hearing loss is like listening on a bad cell phone signal all the time, according to Nicholas Reed, lead author of the study. It’s exhausting. “People spend so much energy trying to keep up with the conversation, their brain stops trying to encode things.” The increased risk of falling seen in people with hearing problems may be related to their decreased awareness of sound in the immediate environment and the mental disconnectedness that can bring, explained Deal, an assistant scientist in the department of epidemiology at the Johns Hopkins Bloomberg School of Public Health. The Johns Hopkins team also found an unexpected association between stroke risk and hearing loss. “With hearing loss and dementia, I was not surprised. But the relationship between stroke risk and hearing loss surprised me,” said Deal. More importantly, she added, the social isolation of those with hearing loss raises the risk of all-cause mortality and cardiovascular disease.
ADVERTISEMENT
Patients with hearing loss are more likely to have trouble communicating with their doctors, especially when hospitalized, because hospitals are so noisy. This leads to more frequent readmission to the hospital, which produce higher healthcare costs, Deal told TheDoctor. “We know patient-provider communication is very important, and when you limit that, you may spend more money because you have trouble following treatment and understanding diagnoses, so you are in the healthcare system more often,” added Reed, an assistant professor at the Johns Hopkins School of Medicine. Deal urged those who have concerns about their hearing to see their doctor. She and her team are currently about halfway done recruiting participants for a clinical trial in older adults. The goal is to see if treating hearing loss can actually prevent cognitive decline. The Deal study, a related editorial and the Reed study are published in JAMA Otolaryngology-Head & Neck Surgery.
ADVERTISEMENT