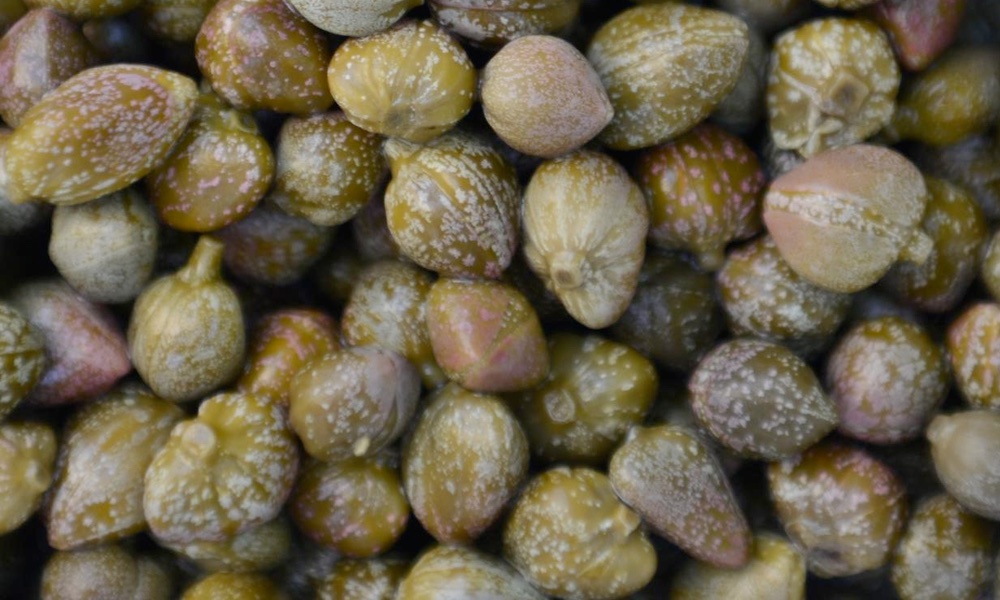 Capers have been part of the human diet since prehistoric times. They have also been used in folk medicine for thousands of years, but without an exact understanding of how they act. That may be changing. A new study suggests capers' medicinal power is a product of the way they stimulate membrane proteins in cells important for normal brain and heart activity. The hope is that this discovery will lead to treatments for epilepsy and abnormal heart rhythms.

Capers are the richest plant source of quercetin, a common dietary flavonoid. It is formed during capers' pickling process. Its value lies in the way it seems to help activate proteins in the body required for heartbeat, muscular contractions, thought, and the normal functioning of the gastrointestinal tract, pancreas and thyroid.

Every part of the caper bush, from the roots to the bark, has been used for a variety of ailments throughout the centuries, and it remains a popular plant medicine.

University of California Irvine researchers studied plant extracts for their ability to alter KCNQ channels which transport potassium in and out of cells. These channels enable potassium to generate and transmit electrical signals across cell membranes. The channels play an important role in health and, when not working properly, are linked to several common diseases such as diabetes, cardiac arrhythmia and epilepsy.
ADVERTISEMENT
A one percent extract of pickled capers activated the KCNQ channels that are important in normal brain and heart activity. Further studies showed that quercetin can trick the channel into opening when it would normally be closed.

Quercetin controls the KCNQ channels by managing how electrical activity is sensed in the cell, hinting at the possibility of therapeutic properties of capers which could also extend to other plant foods rich in quercetin as well as supplements.

“Increasing the activity of KCNQ channels in different parts of the body is potentially highly beneficial,” said Geoffrey Abbott of the University of California, in a statement. “Synthetic drugs that do this have been used to treat epilepsy and show promise in preventing abnormal heart rhythms.”

Capers are the immature flower buds of the caper bush. They are too delicate and tiny to be harvested by mechanical means, so they are picked by hand. Then they are sorted according to size, dried, brined, processed and packaged. A tasty culinary ingredient, pickled capers are often added to smoked salmon, pasta and other dishes.

Every part of the caper bush, from the roots to the bark, has been used for a variety of ailments throughout the centuries, and it remains a popular plant medicine in some cultures.

ADVERTISEMENT
Capers are currently being studied for their possible preventive effects against cancer, diabetes and inflammation , as well as for their potential benefits for circulation and digestion.

The study is published in Communications Biology.