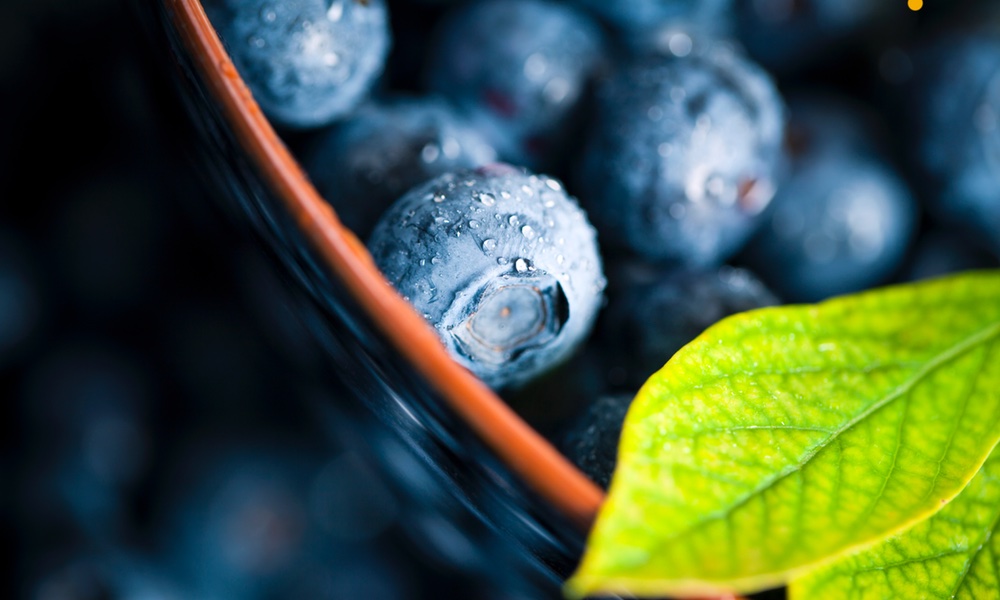 Beth Fontenot, MS, RD, LDN
Nearly everyone loves them, and for those over 65, blueberries are a tasty hedge against aging.

Blueberries are an incredibly delicious and nutritious fruit. Much research has highlighted their numerous health benefits, and now a collection of studies, published in The Journal of Gerontology: Biological Sciences, point to their role in easing the effects of aging.

Blueberries are loaded with vitamins and minerals, but it’s the antioxidants they contain that make them such a nutritional powerhouse. They are thought to have one of the highest levels of antioxidants of any fruit or vegetable. The particular group of antioxidants in blueberries believed to be responsible for their beneficial health effects is called anthocyanins, a type of flavonoid that is found naturally in foods that are red, purple and blue in color.

Blueberries have one of the highest levels of antioxidants of any fruit or vegetable.

In one study of about 200 older adults with an average age of 65, after an assessment of their ability to recall certain information, half of the participants were given a supplement containing an extract from grape and wild blueberry, while the other half was given a placebo for six months.
ADVERTISEMENT
Memory and Thinking
The people who took the supplement experienced improved brain function and memory compared to those who took the placebo. The results suggest an association between the antioxidant composition in blueberries and improved memory in older people who had performed poorly on the memory assessment but were otherwise healthy.

In a separate study using rats that were fed a blueberry powder, aged-related deficits in cognition were shown to be thwarted in those with normal abilities or reversed in those with decreased cognition.

Better Blood Pressure; Less Inflammation
The daily feeding of blueberry powder may have produced beneficial effects on anti-inflammatory factors that predict cognitive function, suggested the researchers. But what works in animal studies does not always translate to humans.
ADVERTISEMENT
Eating about a cup of blueberries on a daily basis improved blood vessel function in another study of healthy adult males. Systolic blood pressure (the top number in a blood pressure reading) decreased as well. The scientists attributed this finding to the anthocyanins found in blueberries, concluding that eating blueberries regularly contributes to healthy cardiovascular aging.

Previous research has found similar health benefits for blueberries which is why it’s often included on a list of “super foods.” If you’re not eating blueberries often, the research findings may cause you to stop and ask yourself, “Why not?”

Blueberries are available in the grocery store year-round in the frozen food section. When they are in season, bargains can be found in the produce department.

Blueberry farms are another place to stock up on this delicious berry. You can pick them yourself or buy them in quantity to take home and freeze. Blueberries last in the freezer at peak quality for a year, but as long as they are kept frozen, they will last indefinitely.

ADVERTISEMENT
Here are some healthy ways to add blueberries to your diet: