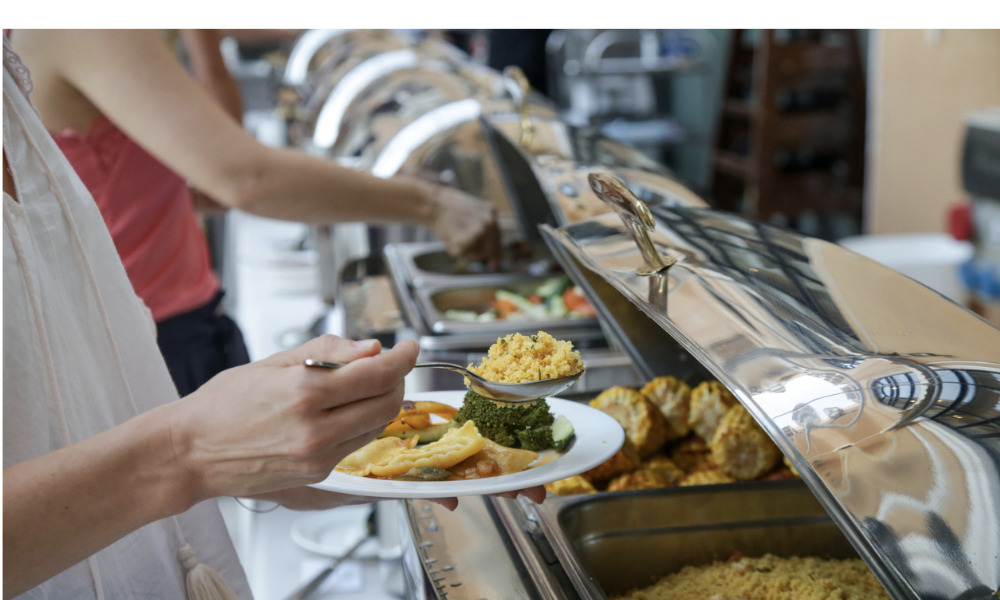 The Way to Go More Vegetarian

Cafeterias at three colleges were able to increase the number of vegetarian meals diners ate by between 40 and 80 percent simply by adding one extra vegetarian choice to the menu. And they did this without coercing or twisting the arms of meat lovers.

Cambridge University in the United Kingdom has 31 separate colleges. In late 2016, the University implemented a sustainable food policy that included a strong focus on encouraging students and faculty to eat less meat, especially beef and lamb, and more plants. The current study looked at how one of those changes affected dining habits at three of the colleges.

It found that switching from offering one vegetarian dish out of four to two out of four substantially increased the number of vegetarian meals that people bought. The increase was greatest among people who normally chose the meat dishes most often. And there was no rebound effect detected — people who ate a vegetarian lunch were not more likely to eat a meat-heavy dinner.

Students ate more vegetarian meals when they had more plant-based choices. There was no negative effect on sales.

“Replacing some meat or fish with more vegetarian options might seem obvious, but as far as we know no one had tested it before,” said study lead author Emma Garnett. “Solutions that seem obvious don't always work, but it would appear that this one does.”

Producing the beef and lamb that meat lovers enjoy so much requires an enormous amount of resources, substantially adds to greenhouse gas emissions and may not even be possible in years to come. There are also several health benefits that come from lowering the amount of meat people typically eat, including reducing the risk of diabetes.

Garnett, a doctoral student in the Department of Zoology at the University of Cambridge, adds that vegetarian options have been an afterthought on menus for too long: “Flexitarianism is on the rise. Our results show that caterers serving more plant-based options are not just responding to but also reshaping customer demand.”

The first part of the study observed the changes in purchases that occurred at two colleges when different amounts of vegetarian meals were offered at lunch and dinner, ranging from occasional days with no vegetarian dishes to days when three-quarters of the options were veggie. The second part was more specific, conducting an experiment at a third college that compared lunchtime meals that alternated every two weeks from one vegetarian choice to two.

ADVERTISEMENT
Both parts of the study found vegetarian meal consumption increased when more vegetarian choices were offered. There were no negative effects on sales.

Not only did the colleges offer students more veggie dishes to choose from, they also helped their chefs learn how to cook vegetarian by providing them with vegan cookery classes, since cooking with meat forms a major part of most chefs' training and repertoire. And they made sure not to label their vegetarian dishes with any obvious marking such as a V, which can be like sewing a scarlet letter on them. They reasoned that looking and smelling good were better labels.

Unfortunately, you can't get delivery.

ADVERTISEMENT
For households, countless parents of picky eaters have reminded their children that they are not running a cafeteria. Yet this study of cafeterias offers another reminder that kids can only eat their vegetables if parents make sure that they're in the house and on the menu.

An article on the study appears in PNAS, Proceedings of the National Academy of Sciences.