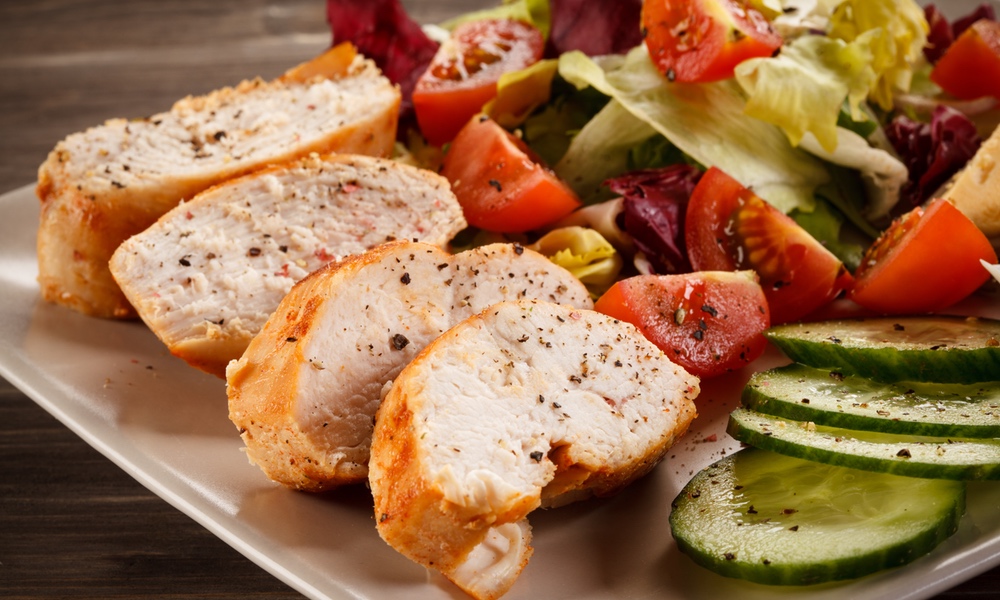 Beth Fontenot, MS, RD, LDN
White meats like chicken and turkey may not be any better for your cholesterol levels than beef. Now what should you put on the grill?

For years, dietary guidelines from the government and health organizations have encouraged people to avoid eating red meats like beef, pork and lamb, and to eat more white meat, such as chicken and turkey, to lower cholesterol levels and reduce their risk of heart disease. The advice has also been standard nutrition guidance for people with high cholesterol levels.

Eating large amounts of red or white meat caused higher levels of cholesterol in the blood compared to eating a similar amount of plant protein.

Cholesterol content is about the same in all types of meat, but the belief has been that red meat contained more saturated fat than white meat, and that was what caused high levels of LDL (bad) cholesterol.
ADVERTISEMENT
Researchers at Children’s Hospital Oakland Research Institute studied the effect of red meat, white meat and plant-based proteins on blood cholesterol levels. Just over a hundred people took part in the study. Each person ate a red meat diet, a white meat diet and a plant-based protein diet for 30 days. The plant-based diet was focused on legumes, nuts, grains and soy products. Between each test diet, the participants were allowed to go back to their own diet for a while before starting the next test diet. Their cholesterol levels were checked before and after they ate each test diet.

The meats used in the study did not include grass-fed beef, processed meats like bacon or sausage; nor did they include fish, according to Ronald Krauss, senior author of the study. However, the results suggest that the healthiest proteins for lowering cholesterol levels are nonmeat proteins like vegetables, dairy foods and legumes, such as beans and peas.

The long-held belief that eating white meat is better for your heart may still be true since eating red meat may carry other negative health consequences that contribute to cardiovascular disease, according to the researchers, but this needs to be studied more closely.

So, if you are struggling with a cholesterol level that just won’t budge, your best bet, based on the results of this study, may be to eat less of all types of meat and substitute beans, lentils, soy products, higher protein grains like quinoa or whole grain pasta, or dairy foods. When you do eat meat, choose very small portions of the leanest meats possible, and while you are at it, have a Meatless Monday every week, too.

ADVERTISEMENT
The study is published in The American Journal of Clinical Nutrition.
ADVERTISEMENT