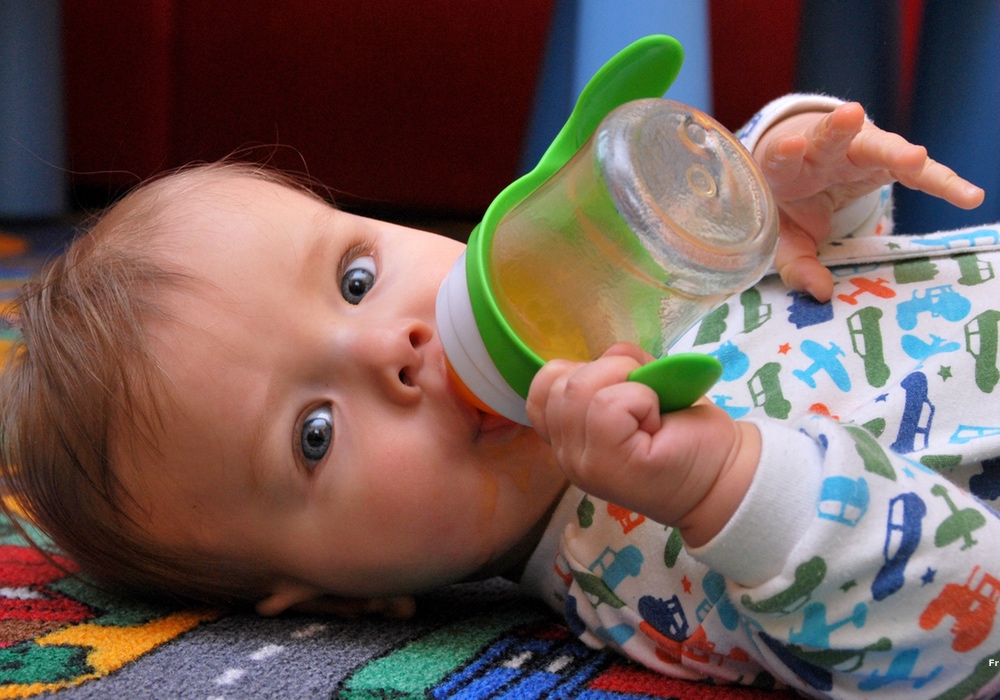 The Heavy Metals in Your Baby's Food: Part Two

Beth Fontenot, MS, RD, LDN
The alarming results of a Congressional investigation into levels of lead, arsenic and mercury in baby foods, including findings by brand.

A congressional subcommittee investigation into the presence of heavy metals in baby foods has found levels of these metals are far higher than those allowed in drinking water. Part 1 of this two-part series described the kinds of heavy metals — arsenic, lead, cadmium and mercury — found in baby foods, often at high concentrations, and the risks they pose to babies’ brain development, cognitive development and IQ in childhood.

Part 2 details the findings of the Congressional subcommittee on Economic and Consumer Policy and Oversight and Reform’s investigation into heavy metal concentrations in baby food. It lays out how many parts per billion — ppb — of these metals are found in each brand included in the investigation and why, because of the way the foods are made, the levels of dangerous heavy metals recorded in baby foods are often higher than in the individual ingredients themselves.

Parents cannot avoid baby foods with toxic heavy metals if they don’t have the information or regulation needed to make educated choices.

Not all of the companies and brands that were part of the subcommittee’s investigation into heavy metals in baby foods agreed to participate. As mentioned in Part 1, only the Nurture, Hain and Beech-Nut brands were willing to submit to requests for information. The baby foods examined in the investigation included:
ADVERTISEMENT
Arsenic
The FDA's standard for arsenic in bottled water is 10 ppb. A safe level of arsenic in baby food has not been established, except for rice cereal; and that is set at 100 ppb. Why is the FDA arsenic level for baby food so high? The report concluded that is was “Because in developing the limit, FDA was focused on the level of inorganic arsenic that would cause cancer. FDA disregarded the risk of neurological damage, which happens at a much lower level.” (p. 52)

No federal standard exists for lead levels in baby food, though there are levels for bottled water (5 ppb), fruit juice (50 ppb) and candy (100 ppb). In some cases, the levels are triple that, or more.

The report confirms that most baby food manufacturers use a vitamin and mineral pre-mix that also contains heavy metals and raises the concentration of each of the four metals considerably:

ADVERTISEMENT
FDA did not appear to take any unplanned actions on behalf of babies’ safety after it received Hain’s presentation. FDA did finalize a previously planned guidance, setting a limit of 100 ppb inorganic arsenic in infant rice cereal. But it did not initiate regulation of additives like Hain’s vitamin/mineral pre-mix. Moreover, it has not mandated that baby food manufacturers test finished goods.” (p. 56)

Over 25 percent of HappyBABY foods that were tested contained more than 100 parts per billion, the company’s threshold for arsenic. Hain used ingredients in its products that contained as much as 309 ppb. Test results for Beech-Nut revealed that they used ingredients — with arsenic amounts as high as 913 ppb.

Lead
The level of lead in baby food exceeds what is allowed in water, juice and candy. Nurture sold baby foods that contained as much as six times its own standards. Beech-Nut routinely used ingredients such as cinnamon and sweet potatoes that contained up to 887 ppb lead. A vitamin pre-mix used by Hain contained as much as 352 ppb lead, and many of their other ingredients contained high levels of lead. Gerber’s sweet potatoes and juices had dangerously high levels of lead.

No federal standard exists for lead levels in baby food, though there are levels for bottled water (5 ppb), fruit juice (50 ppb) and candy (100 ppb).

Mercury
The Environmental Protection Agency has set a limit of 2 ppb mercury in drinking water. Nurture’s baby foods had as much as 10 ppb mercury. Beech-Nut and Hain do not test their products for mercury, according to documents presented to investigators, and Gerber only tests certain ingredients for mercury.

The self-imposed standards of manufacturers are too high, according to the investigation, and, more importantly, often ignored since there are no regulations that need to be followed. Baby foods have been sold even after internal testing found products that exceeded a company’s own maximum thresholds.

Rice was consistently at or near the top of every list of dangerous foods reviewed in the investigation. The report found it may not be suitable for use in baby foods.

Products tested during the investigation included formula, cereals and juices, as well as pureed foods for infants, pureed mixed foods, fruit and vegetable puffs, rice cakes, and other ingredients like spices and grains that go into mixed ingredient products.

Rice was consistently at or near the top of every list of dangerous foods reviewed in the investigation. It may not be suitable for use in baby foods, according to the report.

These recommendations require the FDA to set standards and initiate regulations. Baby food manufacturers will have to make voluntary changes. Most manufacturers only test ingredients used in the making of baby foods, not their finished products, and this can underestimate the true levels of toxic heavy metals.

Parents cannot avoid baby foods with toxic heavy metals if they don’t have the information or regulation needed to make educated choices.

Parents tend to trust that the products they are feeding their infants and toddlers are safe and nutritious, though some parents have more confidence in the wholesomeness of organic baby foods. Unfortunately, these are just as likely to contain toxic heavy metals.

While the report is understandably concerning to parents, feeding a child commercial baby food is not a guarantee that they will develop problems as a result, but it could increase the risk. Factors such as genetics and environmental influences may also come into play.

There are ways parents can reduce their infant or toddler’s exposure to toxic heavy metals in baby food:

You can read the entire report, “Baby Foods are Tainted with Dangerous Levels of Arsenic, Lead, Cadmium, and Mercury,” here.