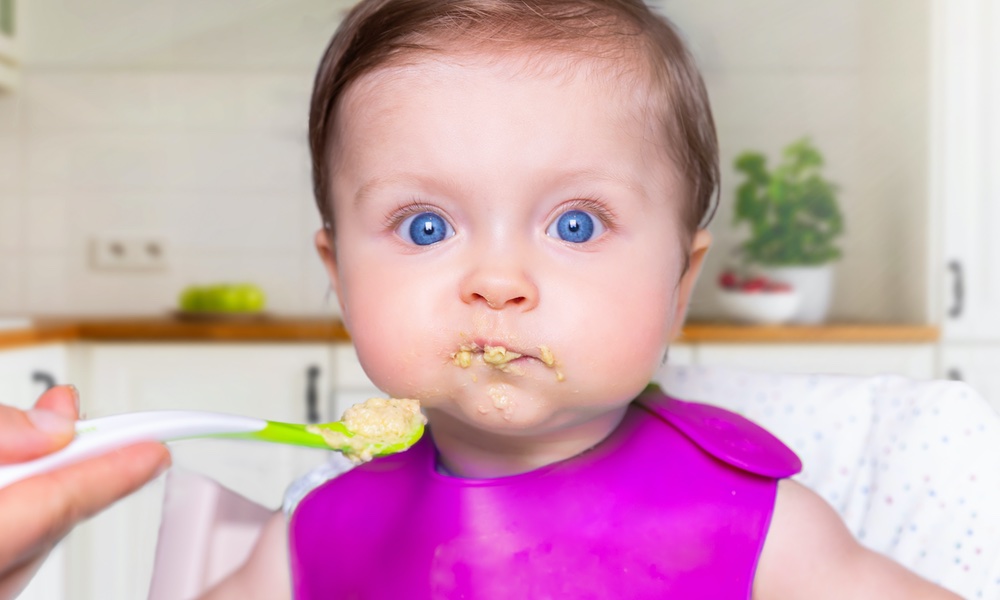 What babies are fed is of utmost importance for their developing brains. For that reason, you would think that baby foods would be the most strictly regulated foods on grocery store shelves, but you would be wrong, as a recent congressional report makes clear.

The Congressional subcommittee on Economic and Consumer Policy and Oversight and Reform investigation uncovered concerning information about the foods — even organic foods — that parents are spooning into their little one’s mouths, three meals a day, seven days a week, for months or years. Their report was published last month.

Infants and children are particularly susceptible to harm from heavy metals because not only are their brains still developing, their small size makes exposure to these metals more likely to compromise brain development, often irreversibly.

It concluded that, “According to internal company documents and test results obtained by the Subcommittee, commercial baby foods are tainted with significant levels of toxic heavy metals, including arsenic, lead, cadmium and mercury. Exposure to toxic heavy metals causes permanent decreases in IQ, diminished future economic productivity, and increased risk of future criminal and antisocial behavior in children. Toxic heavy metals endanger infant neurological development and long-term brain function.”
ADVERTISEMENT
What follows is a two-part series based on the findings of that subcommittee. Part One explains how and why these metals are in baby food and the kinds of behavioral and developmental issues they can cause. Part Two covers the subcommittee’s findings regarding the presence of four heavy metals in specific brands of baby food.
Heavy Metals and Children's Development
Metals occur naturally in the Earth's crust. They also enter the environment as byproducts of industrial, residential and agricultural activities. Car emissions, batteries you throw in your garbage, certain pesticides, the waste from coal-fueled energy production and discarded electronic components all contain heavy metals that end up in our soil and, ultimately, our food. Food manufacturing and packaging methods can introduce metals into food, too.

The term “heavy metals” generally refers to any metal that can cause health problems or damage the environment.

Arsenic, Lead, Cadmium and Mercury Linked to Lower IQs
ADVERTISEMENT
Arsenic, lead, cadmium and mercury are the heavy metals most dangerous to human health, according to The Food and Drug Administration (FDA) and the World Health Organization. Infants and children are particularly susceptible to harm from heavy metals because not only are their brains still developing, their small size makes exposure to these metals more likely to compromise brain development, often irreversibly.

Arsenic exposure in children has been linked to lower IQ levels, poor memory, poor verbal performance and comprehension, and a decrease in scores on various types of motor skills. Rice, a common first food, has high concentrations of arsenic. Boys seem to be more likely to be impacted by arsenic than girls.

Lead is particularly dangerous to babies and young children. Not only do their small size and developing brains make them vulnerable, but also young children are more likely to be exposed to it as a result of their often intimate contact with the ground. Learning disabilities, behavioral problems and lower IQ scores have all been linked to lead exposure, along with slower growth in infants and delayed puberty in adolescents.

Lead exposure negatively and permanently affects cognitive development, and has been linked to Attention Deficient Hyperactivity Disorder (ADHD).
ADVERTISEMENT
Lead’s effects on children and adults became apparent in 2016 when the water flowing to homes in Flint, Michigan was found to contain high levels of lead at 20 parts per billion. Residents of Flint reported symptoms such as skin rash, hair loss, and memory and vision loss.

Three years later, after a massive cleanup effort, lead levels in Flint's water had come down to six parts per billion. But the learning and attentional problems caused by the high levels of lead persist.

Cadmium, another of the heavy metals found in baby food, has also been linked with lower IQ and ADHD. It, too, seems to affect boys more than girls.

The concern about mercury and childhood development has mostly revolved around a pregnant woman’s exposure to it and the resulting adverse effects on the baby’s developing brain, particularly concerns about a lower IQ. Beyond that, studies have found an association between autistic behaviors and high blood mercury levels in preschoolers.

The Subcommitee's Investigation
Given the potential for harm to infants and children and armed with allegations of high levels of toxic heavy metals in baby food, Congressional investigators reached out to seven of the largest baby food manufacturers and asked for internal documents and testing results regarding levels of metals in their products. The baby food companies contacted were:

Nurture, Beech-Nut, Hain and Gerber cooperated with the request by investigators and submitted their testing policies and results for both ingredients and finished products. Walmart, Campbell and Sprout Foods did not cooperate with the investigation, adding to suspicions about the extent to which toxic heavy metals are actually present in their foods.

Nurture, Beech-Nut, Hain and Gerber cooperated with the request by investigators; Walmart, Campbell, and Sprout Foods did not.

The Committee used the existing standards for heavy metal levels in bottled water as a basis for for comparison. The results of their investigation into the presence of toxic heavy metals in baby foods — as well as the internal workings of baby food manufacturing companies — were extremely concerning and will be presented in the second part of this series.

At present, there are no standards for levels of these metals in baby food, a fact that, combined with the fact that at the moment, the industry polices itself, makes it easier for companies to avoid taking steps to reduce the levels of heavy metals found in their foods.

Next: The Congressional panel's findings.