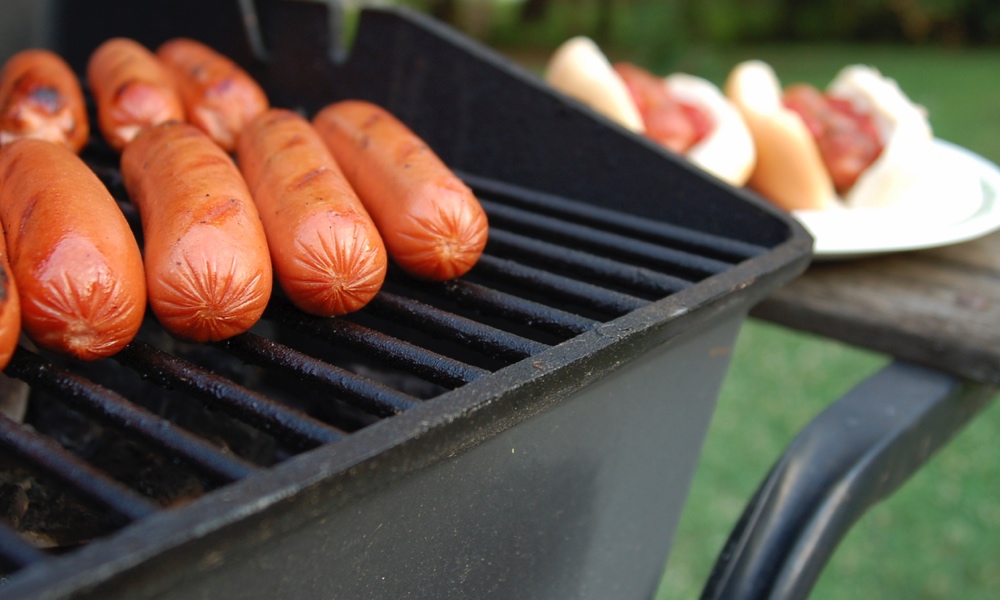 Clothes Call at the Barbecue

You don't have to eat barbecued foods to be exposed to the chemicals in them. You don't even have to breathe in the smoke coming from the grill. More of these chemicals get into your body through your skin than through breathing. And clothing won't totally block them out and, in fact, your clothing may be part of the problem.

As meat cooks on the grill, fat hits the coals and produces chemicals called polycyclic aromatic hydrocarbons (PAHs). They are in the smoke coming from the grill and also stick to the surface of the meat. The higher the cooking temperature, the more PAHs are produced.

Clothing can lower PAH absorption by the skin over the short-term, but once it becomes saturated, the contaminated clothing becomes a new source of PAHs.

Researchers from China's Jinan University wanted to see whether people are also picking up these chemicals through their clothes and skin.
ADVERTISEMENT
They found that they are.

Twenty young men were divided into three groups at an actual barbecue in China. Seven ate the grilled food, while another seven did not. A final group of six people wore gas masks connected to an air cylinder, to avoid breathing in any of the fumes from the grill and, like the second group, ate only boiled food. People dressed as they wished.

Food caused the largest exposure, followed by skin. Inhaling the smoke was the route of least exposure.

Clothing can lower PAH absorption by the skin over the short-term, but once it becomes saturated, the contaminated clothing becomes a new source of PAHs, even after the barbecue, leading the researchers to suggest that people may want to wash their clothes soon after leaving a barbecue.

ADVERTISEMENT
About 15-30 percent of the men's skin was exposed — not covered by clothes. PAH exposure through the skin would likely be higher people dressed in skimpier summer clothes.

There are many ways PAH exposure can be lowered, some of them quite simple. They include:

RELATED STORIES
Fan Food For Game Days
Would You Like A Perforated Intestine with That Burger?
The Red Meat-Cancer Connection
LATEST NEWS