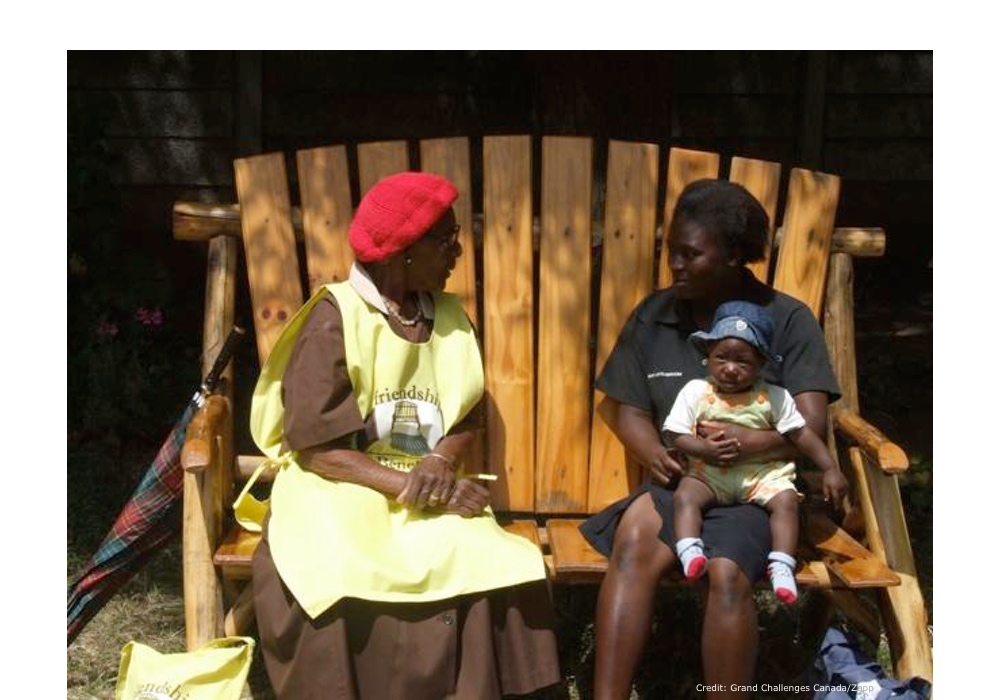 Someone to Tell Your Troubles To

Neil Wagner
It can be hard to get help in a country with only ten psychiatrists. That's where the Friendship Bench comes in.

It can be hard for people who suffer from depression and other mental health problems to find help in a country with only 10 psychiatrists and 15 clinical psychologists. That's the situation in Zimbabwe. The country has found an answer in the problem-solving therapy offered by the Friendship Bench.

Patients sit on an outdoor wooden bench instead of a psychiatrist's couch. And the therapists are called “Grandmothers.” The mental health workers are trained to listen to and support people living with anxiety, depression and other common mental disorders. They bring the benefits of a simplified form of cognitive behavioral therapy to thousands of people.

“In many parts of Africa, if you are poor and mentally ill, your chances of getting adequate treatment are close to zero.”

Patients who received problem-solving therapy through the Friendship Bench were more than three times less likely to have symptoms of depression after six months, compared to patients who received standard care. They were four times less likely to have anxiety symptoms and five times less likely to have suicidal thoughts than the control group after follow-up. The program may even offer some lessons for the mental health care systems of more developed nations.
ADVERTISEMENT
“In many parts of Africa, if you are poor and mentally ill, your chances of getting adequate treatment are close to zero,” Karlee Silver, Vice President of Programs at Grand Challenges Canada, said in a statement. The therapists in the trial were all women, age 53 or older. None had previous clinical or counseling experience. Each received nine days of training and a 100-page training manual that helps them take local cultural sensibilities into account.

The manual teaches basic counseling skills such as empathy, patience, the ability to listen well and the ability to ask questions. It also contains information on specific mental health issues such as depression and suicide, as well as standard diagnostic questionnaires (scales).

Treatment principles used on the Friendship Bench are drawn from cognitive behavioral therapy. The patient describes a problem and is encouraged to come up with as many potential solutions as possible. The more ideas, the better the chance that one or two will work.

Patient and therapist thoroughly analyze these solutions, and then one is chosen and they come up with an action plan. The shape of future sessions depends on how well this plan actually works.

ADVERTISEMENT
Grandmothers are able to link to specialist support when needed, using tablets and cell phones. They also use a cloud-based platform that integrates the project's training, screening, patient referral and follow-up.

The trial looked at 573 patients in 24 clinics. Half of the patients received standard care, while half received the Friendship Bench intervention — six weekly, 45-minute, problem solving sessions, plus six optional group sessions.

To date, over 27,500 people have availed themselves of Friendship Bench treatment. In 2017, it will hopefully be available in wider areas of Zimbabwe, including Masvingo province and the refugee centers of the eastern highlands that border Mozambique.

An article on the trial appears in JAMA, the Journal of the American Medical Association.

RELATED STORIES
A Global Look At Anxiety
Brains Primed For Anxiety And Depression
The Rich Get Richer, The Poor Get Less Healthcare
LATEST NEWS