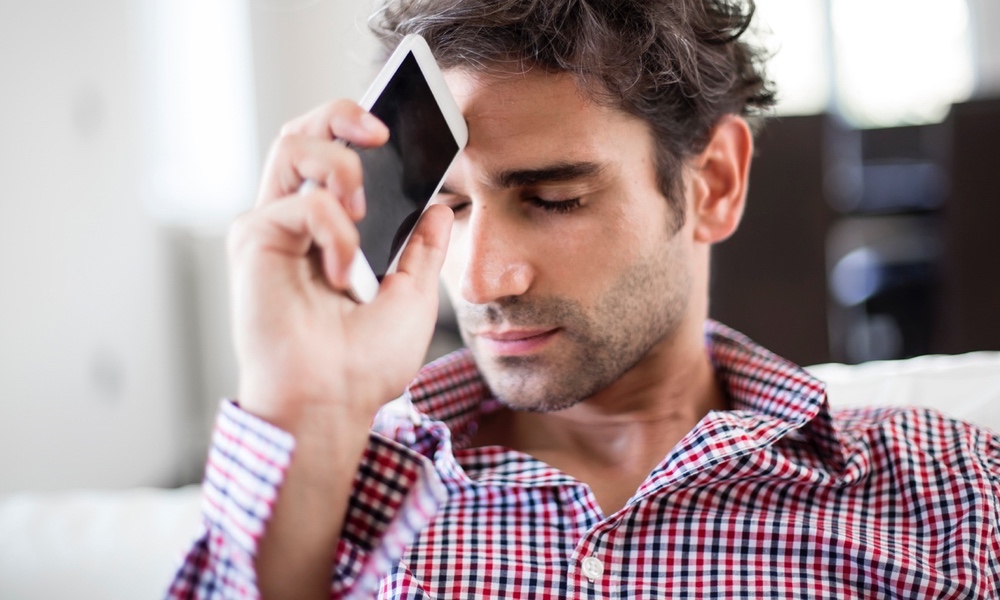 Are You Addicted to the News?

Being constantly connected to the news cycle can affect mental and physical well-being. Yet some people still find it hard to turn away.

We live in a socially-connected digital world. Often, what we read is disturbing. Climate change, polarizing political messages, war and stories of tragedy from all over the globe are front and center before our eyes. Those who are constantly checking stories — those who obsess about this stream of digital news — are more likely to suffer from stress, anxiety and physical health problems, according to a study of the news addicted.

“Witnessing these events unfold in the news can bring about a constant state of high alert in some people, kicking their surveillance motives into overdrive and making the world seem like a dark and dangerous place,” researcher, Bryan McLaughlin, an associate professor of advertising at the College of Media and Communication at Texas Tech University, explained in a statement.

Typically, the treatment for most addictions is total avoidance, cold turkey, but this is especially challenging when the news is all around and can’t be completely avoided like other addictions.

Respondents to an online survey of 1,100 U.S. adults were asked by McLaughlin and his colleagues how much they agreed with statements like “I become so absorbed in the news that I forget the world around me;” “My mind is frequently occupied with thoughts about the news;” “I find it difficult to stop reading or watching the news;” and “I often do not pay attention at school or work because I am reading or watching the news.”
ADVERTISEMENT
The researchers then asked the participants about their emotional and physical reactions — how often they experienced feelings of stress and anxiety, physical ailments such as fatigue, physical pain, poor concentration and gastrointestinal issues.

A little over 16 percent of the people who were surveyed became so involved with certain news stories that the items dominated their waking thoughts, disrupted time with family and friends, and made it difficult to focus on school or work. They reported they were often restless and unable to sleep. These findings were confirmed across all demographic groups. People in this group were categorized as showing signs of ‘severely problematic’ news consumption.

A little over 16 percent of the people who were surveyed became so involved with certain news stories that the items dominated their waking thoughts, disrupted time with family and friends, and made it difficult to focus on school or work.

“For these individuals, a vicious cycle can develop in which, rather than tuning out, they become drawn further in, obsessing over the news and checking for updates around the clock to alleviate their emotional distress. But it doesn’t help, and the more they check the news, the more it begins to interfere with other aspects of their lives...While we want people to remain engaged in the news, it is important that they have a healthier relationship with the news,” McLaughlin said.
ADVERTISEMENT
Typically, the treatment for most addictions is total avoidance, cold turkey, but this is especially challenging when the news is all around and can’t be completely avoided like other addictions. It’s not as if you can totally shut out the world events the way you can by not drinking alcohol or ever stepping outside for a smoking break.

While total abstinence from the news is challenging, people can at least decide to reduce their consumption. “For example, previous research has shown that individuals who became aware of and concerned about the adverse effects that their constant attention to sensationalized coverage of COVID-19 was having on their mental health reported making the conscious decision to tune out,” McLaughlin noted.

The news industry may be fueling the problem. As McLaughlin pointed out, “The economic pressures facing outlets, coupled with technological advances and the 24-hour news cycle have encouraged journalists to focus on selecting ‘newsworthy’ stories that will grab news consumers’ attention.”

The study relied on data collected at one point in time and so cannot really nail down a cause-and-effect relationship between news addiction and emotional or physical effects. But it does suggest that scrolling the news on your phone may not be the idle entertainment you tend to think it is.

The study is published in Health Communication.

RELATED STORIES
Who, Me? Susceptible To Online Health Misinformation?
FoMO: Fear Of Missing Out
Go On A Cell Phone Diet
LATEST NEWS