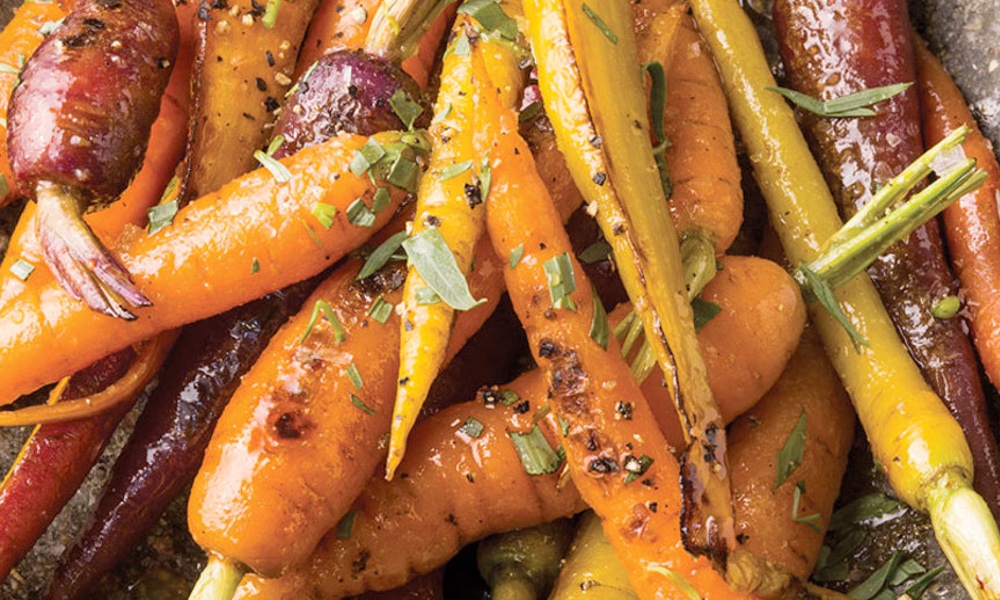 Beth Fontenot, MS, RD, LDN
Some menus make your mouth water. When the foods being marketed are healthy, so much the better, as long as the taste is there, too.

Getting people to eat foods that are good for them isn’t easy. Even detailed nutrition information hasn’t had a big impact on changing people’s eating habits. But selling people on the taste of healthy food with a few appealing phrases can encourage them to eat better, a new study finds.

Stanford University researchers placed enticing labels on vegetables to see if that would encourage people to choose and eat more of them than they would otherwise. “Twisted citrus glazed carrots” and “ultimate chargrilled asparagus” certainly sound delectable, but the foods have to live up to their names in the taste department, the researchers say.

Focusing on the nutritional aspects of foods with no consideration of how they taste leads people to associate healthy eating with tasteless food, Alia Crum, one of the study’s authors, explained. It does not encourage healthy eating. “…[W]hy haven’t we been focusing on making healthy foods more delicious and indulgent all along?”

Crum and her colleagues had success with this approach in a previous study. They came up with a list of descriptive terms for vegetables that focused on flavor based on adjectives popular restaurants use to describe less healthy foods. That study, published in 2017, found that people ate the decadent-sounding vegetables more often than vegetables with health-focused names.

Focusing on the nutritional aspects of foods with no consideration of how they taste leads people to associate healthy eating with tasteless food.

The experiment has now been expanded and repeated in collaboration with the Menus of Change University Research Collaborative which is made up of 57 colleges and universities around the U.S. conducting research on how to improve healthy and sustainable eating. The current study's results are based on nearly 140,000 decisions about 71 vegetable dishes described by either taste-focused, health-focused or neutral titles.

The caveat here is that taste-focused names worked only when the vegetables were indeed tasty. When people didn’t like the taste of the vegetables they chose, those descriptive adjectives didn’t impact how much they ate.

Taste-focused labeling works because people expect a positive taste experience when they read terms like “garlic,” “ginger,” “roasted,” “sizzling,” or “tavern style,” explains Crum. Not only do such terms suggest that a dish will taste good, but that it’s also indulgent, comforting or has nostalgic appeal.

ADVERTISEMENT
The study involved college students — who eat the least amount of vegetables among all age groups — but there's no reason that it couldn't help kids in elementary schools be more open to trying vegetables that they might just end up liking.