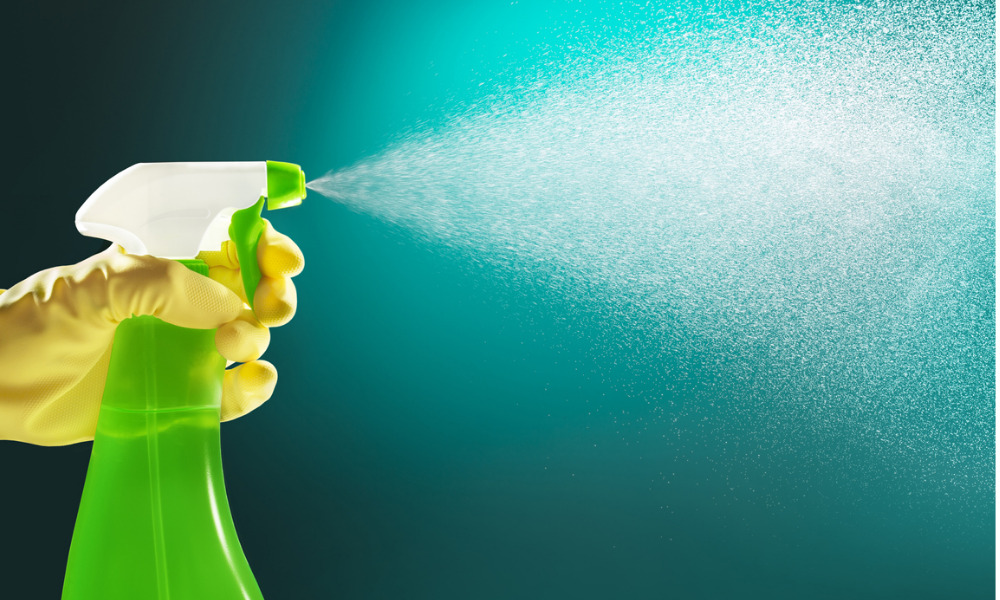 Leslie Carr
Cleaning sprays are hard on babies, especially if they are scented. They stay in the air for hours and are linked to childhood asthma.

Asthma likes a clean home. In fact, the more cleaning products you use, the likelier it is that your children will begin to wheeze and may go on to develop asthma in childhood, a Canadian study finds.

“Most of the evidence linking asthma to the use of cleaning products comes from adults,” Tim Takaro, the study's lead researcher, said in a statement. “Our study looked at infants, who typically spend 80%-90% of their time indoors and are especially vulnerable to chemical exposures through the lungs and skin due to their higher respiration rates and regular contact with household surfaces.”

The highest risk of asthma and breathing issues was seen among children exposed the most to scented and sprayed cleaning products.

Using data from questionnaires parents of over 2,000 children had completed and which indicated their children had been exposed to cleaning products from birth to age 3 to 4 months, researchers from Simon Fraser University then looked at these same kids at age 3 to see whether they had developed asthma, recurrent wheeze or allergic sensitization.
ADVERTISEMENT
Families in the study were part of the Canadian Healthy Infant Longitudinal Development (CHILD) Cohort Study and were recruited from mostly urban centers in four provinces: Vancouver, British Columbia; Edmonton, Alberta; Winnipeg, Morden and Winkler, Manitoba; and Toronto, Ontario. Sixty-five percent of the children were white.

The most common cleaners children were exposed to included multi-surface cleaners, glass cleaners, laundry soap, dishwashing soap and dishwasher detergent. The highest risk of asthma and breathing issues was seen among children exposed the most to scented and sprayed cleaning products.

The team suspects that asthma and wheeze are the product of inflammatory processes triggered by chemicals in cleaning products which irritate the lining of infants' noses and lungs, making them hypersensitive, especially in the face of repeated exposures. The use of spray and other cleaners, particularly those that are scented, may also affect infants' microbiomes; and this, too, may play a role. The researchers did not find evidence of a link between cleaning chemicals and allergic sensitivities in children's skin.

“These findings add to our understanding of how early life exposures are associated with the development of allergic airway disease, and identify household cleaning behaviours as a potential area for intervention,” said Jaclyn Parks, lead author.

ADVERTISEMENT
Parents should read the labels of cleaning products and choose those that are not sprayed and do not contain volatile organic compounds will help minimize a child's exposure and balance the risk associated with using cleaning products in an effort to achieve a mould-free, low-allergen home. Cleaners persist in the air for days after use, so not only those people who are present when the sprays are being used are exposed to the chemicals, there is also the possibility of secondary exposure over time. One study found that a single use of a kitchen degreaser affected indoor aerosolized concentrations of irritant chemicals for several days.

The study is published in CMAJ, the Canadian Medical Association Journal.