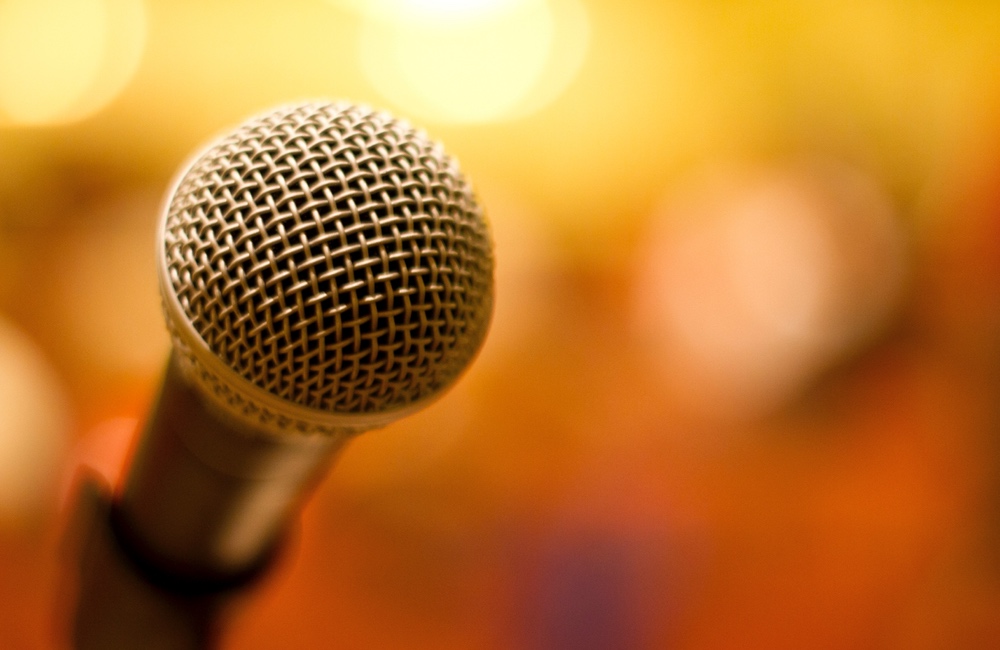 Frozen in the Spotlight

Alice G. Walton
Performance anxiety is all-too-familiar to many. Now scientists know why it occurs and maybe how to ease it.

It's the deer-in-headlights phenomenon. When we are called upon to perform in public, we may simply freeze instead.

Lots of people suffer from performance anxiety — even some of the most famous singers, actors, and business people have crippling anxiety before shows or presentations. The brain sometimes seems to just freeze when the spotlight comes on.

All you need to do to short-circuit this panicked response may be to picture your audience as a group of kindly people willing you do to well, according to a new study that looked at what the brain actually does when it shuts down.

Picturing the audience in their underwear is an old trick people use to relax themselves during a performance. But a better way might be to picture a positive, supportive audience.

When the participants felt that they were being watched, they gripped the object harder, as was expected based on previous research. They also reported being more anxious. But there also were some interesting things going on in their brains.

The researchers figured out that an area of the brain that picks up on what others are thinking sends signals to the part of the brain that controls fine sensorimotor function. But the signal can differ, they say, depending on whether we believe the audience is supportive or judgmental.

If we think our audience wants us to succeed, we perform just fine. But when our perception of others is that they’re judging us negatively, the area of the brain that controls sensorimotor function becomes deactivated, and our performance falls apart — we freeze.

Picturing the audience in their underwear is an old trick people use to relax themselves during a performance. But a better way might be to picture a positive, supportive audience. “It's important to believe that the audience is supporting you and wishing for your successful performance,” said study author Michiko Yoshie in a news release.

ADVERTISEMENT
She also recommends first performing in front of people who do actually care, like friends and family, in order to solidify the association between positivity and performance.

“To strengthen such beliefs,” said Yoshie, “you should sometimes have opportunities to perform in front of your supporters. For example, before an actual public performance, a musician could perform in front of his/her family and close friends and receive a lot of applause.” This will help your brain make the right connections, and help your self-confidence in general.

If you have performance anxiety, try to practice on people who support you — and try to take that sensation with you when you’re doing the real thing. But if the anxiety is very challenging, and impacts your ability to get in front of an audience at all, or make it through a presentation, it may be time to see a therapist who has experience treating performance anxiety.

The study is published in the Scientific Reports.