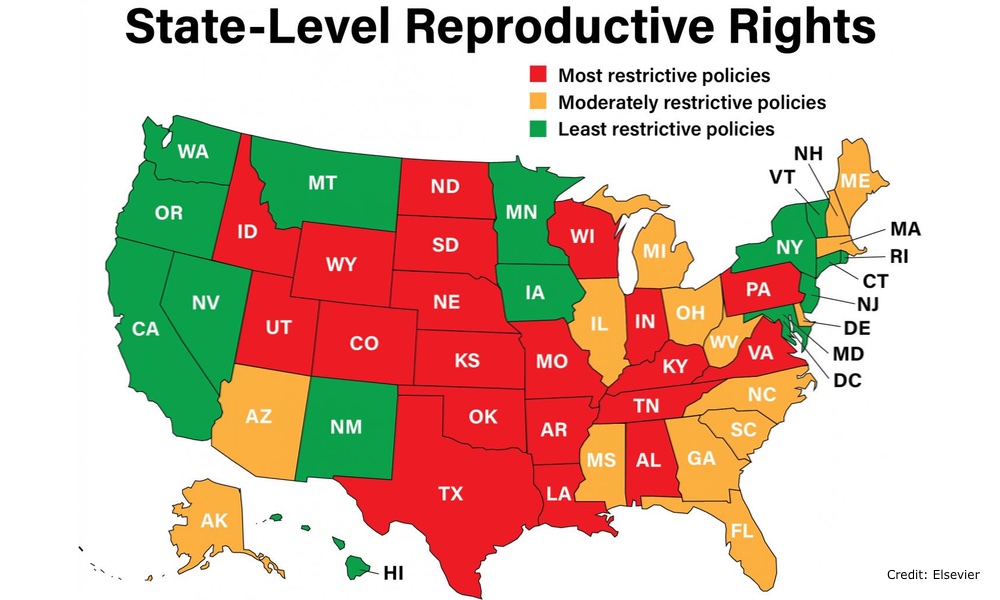 Laurie Wiegler
States offering comprehensive family planning have infant birth weights that are far healthier than those of states with restrictive policies.

Restrictive laws concerning abortion and access to contraception have not only had a negative impact on women, but also, indirectly, on the babies born to them. Findings show that women giving birth in states with more restrictive reproductive rights policies, such as Texas, have a greater risk of having a low birth weight baby, compared to women in less restrictive states like California.

Low birth weight infants are more susceptible to health problems, and they are more likely to become sick and develop infections in the first few days of life. They have a greater likelihood of suffering from long-term problems such as learning disabilities or delayed motor or social development.

Women giving birth in states with more restrictive reproductive rights policies, such as Texas, have a greater risk of having a low birth weight baby, compared to women in less restrictive states like California.

“There are real threats that undermine reproductive rights,” lead investigator, May Sudhinaraset, of the UCLA Fielding School of Public Health, told TheDoctor. “…[P]roviding access to family planning and abortion services [has consequences] for [a mother’s] health and her children’s health.” Less restrictive policies, such as greater access to contraception and abortion, lead to better outcomes for mother, newborn and the community, she added.
ADVERTISEMENT
The study, conducted between summer 2019 and early 2020 — before the racial upheaval surrounding the Black Lives Matter movement and the current COVID-19 pandemic — analyzed data for almost four million births in the U.S. and looked at the relationship between a state’s reproductive policies and negative birth outcomes, such as the number of babies born at low birth weights. The investigators also studied if these associations were different for women of color — Black, Asian and Hispanic women — and immigrants.

Expanding reproductive rights can decrease the risk of having a low birth weight baby, the study found, particularly for U.S.-born Black women. Black women are more likely to die in pregnancy and childbirth than any other race group and experience lower quality maternity care, as compared to White women.

In the past several years, the number and type of state-level policies that curtail reproductive rights have varied substantially. “Although national-level policies (i.e., Roe v. Wade, Affordable Care Act) provide a broad legal framework for reproductive policies, states have substantial discretion in creating policies that may create a more or less restrictive environment generally…” the team write. If laws governing abortion are unraveled, Sudhinaraset said, it will have an even greater negative impact on Black mothers.

The article appears in the American Journal of Preventive Medicine.