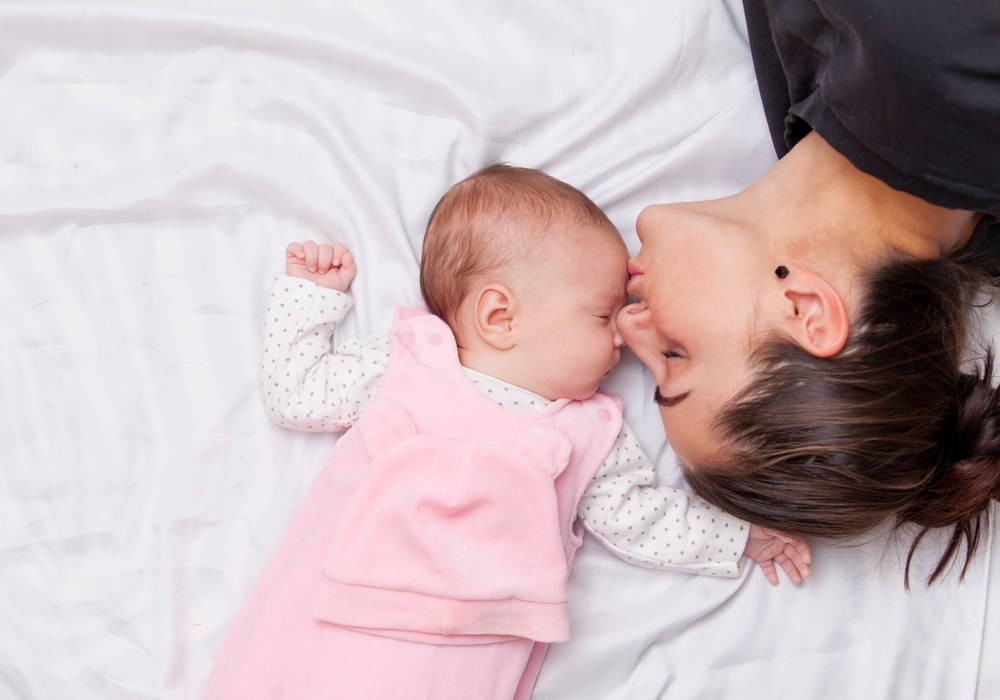 The number of women who give birth and experience some kind of postpartum mood disorder (PPMD) is pretty high — between 10 and 20 percent. Mood problems are so common that, in 2015, the American College of Obstetricians and Gynecologists recommended that all pregnant women be screened for depression and anxiety at least once after giving birth.

Postpartum depression and other mood problems can impact a woman's ability to care for her newborn, her family and herself. They can affect her availability to bond with her infant and respond to the child's needs for food and comfort appropriately. Her self-esteem is likely to suffer, too, since she may feel she is failing to meet society's expectations of new parenthood.

Being a New Mother Is Not Always Blissful

Given the general expectation that early motherhood is a time of blissful bonding between mother and child, new mothers are often reluctant to tell their healthcare providers when they are struggling with depression. A recent study explored what makes some women willing and others reluctant to disclose postpartum mood disorders to their health care providers.

ADVERTISEMENT
About 200 women who had given birth within the past three years took part in the study. The women were English-speaking, mostly Caucasian, well-educated and two-thirds were employed. Most were married.

The joys of motherhood are well known; it's time to acknowledge the trials and tribulations involved in having a new baby.

Researchers assessed the women's moods (depression, anxiety, stress) using standardized questionnaires. They also explored the mothers' attitudes toward seeking psychological treatment and the sort of support network they had. The women were asked to whom they had reported their symptoms — ob-gyn, family doctor, pediatrician or therapist.

Being at home with a new baby is often hectic, and a lack of time was one of the most common reasons given for not seeking help for postpartum mood disorder. Women's fears of being criticized or judged for being unhappy as new mothers was another reason many were reluctant to seek help. A simple lack of motivation, common when one is depressed, was the third major reason women gave.

ADVERTISEMENT
Those who did disclose their feelings most frequently talked with their ob-gyn and pediatrician, which is probably a reflection of the fact that these were the healthcare providers with whom they were in most frequent contact.

Social support was a big help — having husbands, friends or partners with whom they felt they could share their feelings was a strong factor in a woman's decision to talk to a professional about her low mood. Still, over a third of the women surveyed reported that they felt that they had less than adequate social support from partners, friends and family.

What Can Be Done?

The American Academy of Pediatrics' call for universal screening for PPMD is a strong step, but it is not enough to fully address the problem, the North Carolina State University researchers say. Women might still choose not to admit to their depression and therefore still not receive the help they need. In their conclusion, the authors offer several recommendations to increase new mothers' willingness to discuss their emotions and to provide more opportunities for intervention.

Public education campaigns, both to reduce the stigma of mental health problems in general and to raise awareness of how common postpartum mood disorders are, is one approach. Mandatory, paid maternity leave is another. Paid maternity leave would give new mothers the resources and time they need to seek the treatment, as well as relieve some of the stress of new motherhood.

Over half the women in the study reported symptoms of postpartum mood disorder, and one-third had symptoms that were rated moderate or greater in severity.

Women should be counseled before they give birth to develop the social support they are likely to need once the baby comes, the researchers suggest. Healthcare providers should urge mothers-to-be to come up with a “post-birth plan” that identifies practical and emotional needs, such as help with meals, housekeeping, shopping and babysitting during the early weeks after delivery so mothers get the rest they need and time to take care of themselves as well as the baby. These conclusions have been supported by previous studies, and the authors believe further studies on more diverse populations will help complete the picture.

The joys of motherhood are well known; it's time to more fully acknowledge the trials and tribulations involved in having a new baby. Giving mothers the best possible preparation and adequate options for support and treatment of the stresses of being a new mother is one of the best ways of ensuring infants get the start they need as well.

The study is published in Maternal and Child Health Journal.