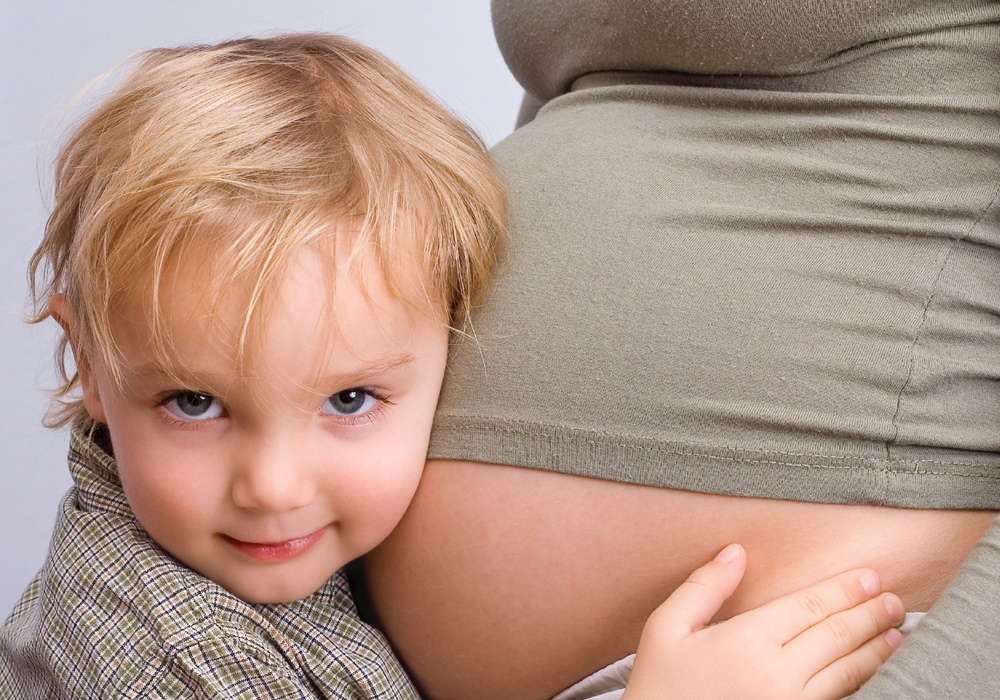 Becoming pregnant often inspires women to make some lifestyle changes, such as stopping smoking and avoiding alcohol, that they've been intending to make. Watching their weight, however, is not usually on the list, and it should be. A new study shows that when a mother-to-be gains a great deal of weight during pregnancy, it sets her unborn baby's metabolism on the road to obesity before he or she even has a first meal.

A certain amount of weight gain is expected during pregnancy, and eating well to provide adequate nutrition to the developing fetus is important. This is one reason why so many women don't think about dieting when they are carrying a child.

Overeating during pregnancy appears to program the child for a metabolism that later leads to excess weight gain.

There is also the popular notion that one is “eating for two” and let's not forget the fact that mothers-to-be are often ravenous, with cravings that can range from milkshakes to submarine sandwiches. As they eat with abandon, most mothers-to-be assume they are feeding their unborn babies well and that the only downside is a few extra pounds after the baby arrives.
ADVERTISEMENT
It's About More Than Ten or Fifteen Extra Pounds

The health issues set in motion by gaining too much weight during pregnancy are about more than a few extra pounds. Excessive weight gain or simply elevated blood sugar levels in pregnancy can put babies at increased risk for being overweight or obese, researchers at Kaiser Permanente's Center for Health Research found.

Mothers-to-be are often ravenous, with cravings that can range from milkshakes to submarine sandwiches.

“When women have elevated blood sugar and gain excess weight during pregnancy, it seems to change the baby's metabolism to ‘imprint’ the baby for childhood obesity,” said lead author Teresa Hillier.

More than one-third of American children and teens are overweight or obese, according to the U.S. Centers for Disease Control and Prevention. Overweight and obesity in childhood and adolescence tends to persist into adulthood, compounding the problem, so researchers have been trying to find the risk factors and potential causes of childhood obesity in order to develop effective interventions.

ADVERTISEMENT
The Study
Kaiser Permanente researchers in Oregon, Washington, and Hawaii used data on over 13,000 full-term, normal weight babies born to more than 24,000 women from 1995 to 2003. They found that even though all the babies were normal weight at birth, children whose mothers had elevated blood sugar during pregnancy were at increased risk for obesity. If a mother had developed gestational diabetes — a very high level of elevated blood sugar — the risk of obesity was even greater.

All the women received screening for gestational diabetes and excess weight gain during their pregnancies.

Gestational diabetes increased the risk of childhood overweight and obesity by 30% or more.

Babies who are large for gestational age at birth are viewed as overweight. They are often at increased risk for later weight and metabolic issues. Babies were labeled overweight in the study if their body mass index (BMI) was greater than 85% of children their age. If they were in the top 5% in terms of weight, they were considered obese. The researchers controlled for other factors that could influence the babies' and children's weights.
ADVERTISEMENT
Among the women in the study, 5.5% had gestational diabetes and 20% had excessive weight gain. Among the babies who were born with normal birth weights, almost half (49%) of them were overweight at some time between ages 2 and 10 and more than a quarter (28.4%) of them were obese.

The researchers concluded that abnormal maternal weight and glucose “imprinted” the children toward obesity. They think that the intrauterine environment that is produced by gestational diabetes and overweight may cause metabolic changes, or metabolic imprinting, in the developing fetus whose effects persist beyond pregnancy. This may occur because of an effect on the neuro-endocrine systems that regulate energy use and metabolism.

Both maternal hyperglycemia (high blood sugar) and excessive weight gain can be thought of as ‘“overfed”’ states, they explain. This overfeeding appears to program the child for an overfed metabolism that later leads to excess weight gain.

Give Your Baby A Metabolic Advantage

Pregnancy may be a critical window of opportunity to help set your child's metabolism on a healthy course, when this system is subject to being influenced by the intrauterine environment.

Changes initiated after the baby is born, such as dietary and lifestyle changes for mother and child, may not be able to alter the underlying metabolic vulnerability to later overweight and obesity. This means that pregnancy is a critical time for intervention.

Women should gain no more than 40 pounds during pregnancy, according to the Institute of Medicine. The researchers hope the findings will inspire women to take up strategies that may help prevent some cases of childhood overweight/obesity.

The study findings are published in Maternal and Child Health Journal.