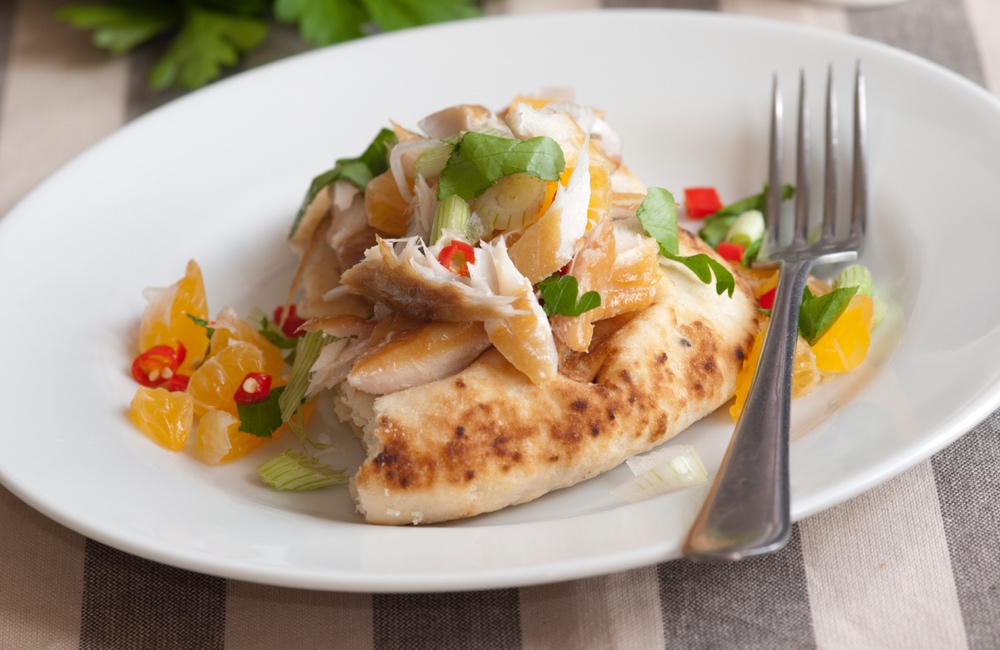 Beth Fontenot, MS, RD, LDN
Pregnant women who eat more fish have children who grow up to be smarter.

Some women worry about consuming too much fish during pregnancy. They are concerned about the presence of pollutants, particularly mercury, which can be harmful. In fact, many believe they should not eat fish at all when they are pregnant.

Avoiding fish altogether, though, may not be what’s best for baby.

There was no indication that mercury or any other toxins typically associated with eating fish had a negative effect. And the more fish moms ate (up to 21 ounces), the fewer autism spectrum traits were noted.

Fish is a good source of low-calorie, high-quality protein. It contains omega-3 fatty acids that are important to brain development. A new study shows that loosening the current guidelines could benefit the developing brains of infants and children and may provide protection from autism.

ADVERTISEMENT
In order to give women better guidance and improve understanding about the effect of fish consumption during pregnancy on the unborn child, Spanish researchers followed nearly 2,000 pregnant women and their offspring from the first trimester of pregnancy until the child turned five years old.

Mothers who ate more fish had smarter kids. Children whose mothers consumed the most fish during pregnancy had better brain function compared to kids whose moms ate the least amount of fish.

Blood levels of vitamin D and iodine were taken from the pregnant women. After delivery, cord blood was tested to measure levels of mercury and PCP pollutants. At the ages of 14 months and five years, the children were tested on their cognitive abilities and for Asperger Syndrome to evaluate their neuropsychological development.

The pregnant women ate an average of 17 ounces of fish per week during pregnancy. Every .4 ounces above that, up to 21 ounces, improved the children’s test scores. By the age of five, there was an clear link between higher fish intake by moms and better brain development in kids. In fact, kids whose moms ate three to four servings of fish a week had a nearly three-point increase in their IQ scores.

ADVERTISEMENT
There was no indication that mercury or any other toxins typically associated with eating fish had a negative effect. And the more fish moms ate (up to 21 ounces), the fewer autism spectrum traits were noted. Eating lean fish and large fatty fish, as well as consuming more fish during the first trimester, were most strongly linked to better test scores in kids.

Pregnant women should continue to avoid species of fish that are known to be high in mercury, the researchers say, but raising American guidelines for fish intake during pregnancy could benefit children.

The study is published in the American Journal of Epidemiology.