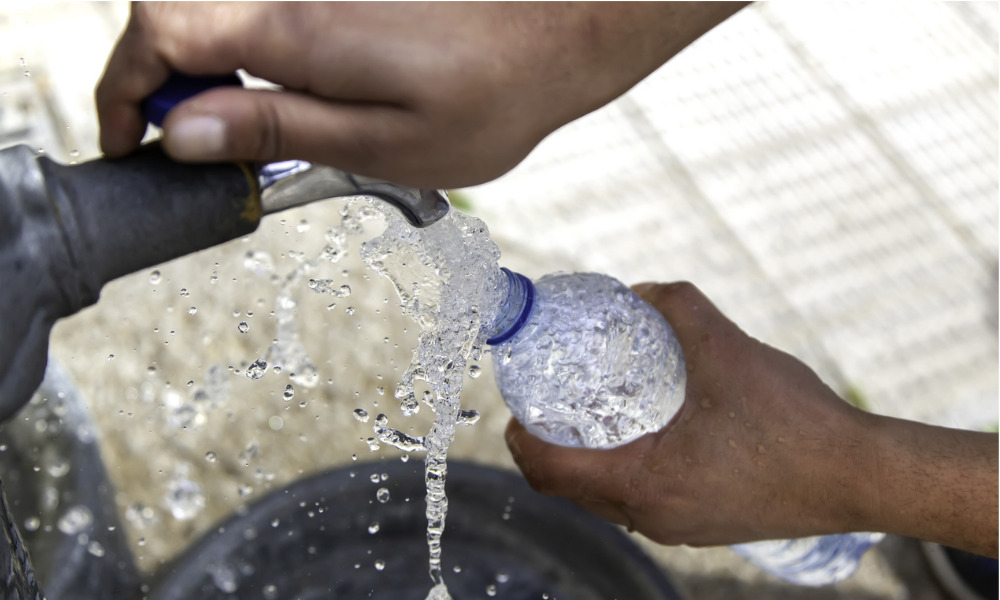 Water contaminated with lead, even at low levels, is dangerous for those with kidney disease. The problem is worse in communities of color.

Low levels of lead contamination are common in community water supplies around the U.S. This contamination doesn’t affect most residents, but it poses a particular danger for people living with chronic kidney disease. These 30 to 40 million citizens are highly susceptible to the toxic effects of lead exposure, a study by researchers at Harvard University and the University of Minnesota found.

In order to see if the levels of lead commonly found in community water supplies negatively affected the health of patients with end-stage kidney disease, investigators looked at the association between lead levels and hemoglobin concentrations among kidney patients.

The lead levels in the water supply in these communities were below 0.015 mg/L, the threshold at which the Environmental Protection Agency (EPA) requires regulatory action, but they still might have a bad effect on those with kidney disease.
ADVERTISEMENT
Kidney patients living in cities where lead was detectable in the water supply had significantly lower levels of hemoglobin before they started dialysis, compared to those living in communities where lead was undetectable. And they continued to have lower hemoglobin levels during the first month of treatment. They also required higher doses of medication to treat anemia.

Black patients had higher levels of lead in their water compared to white patients. “We know there is a disproportionate burden of lead exposure among socioeconomically disadvantaged people across the country, and that includes minorities,” John Danziger, lead author on the study, told TheDoctor. These higher rates of lead exposure make minority communities more vulnerable to lead toxicity than mostly white communities.

This greater vulnerability is exacerbated by greater susceptibility. Minorities have higher rates of chronic kidney disease and less access to healthcare. “And that amounts to a real environmental injustice,” added Danziger.

Community water systems can choose which households they select for testing, and they only test a small number of households. They only report the average 90th percentile of lead concentration in those households to the EPA.

There was a dose-response effect: the higher the level of lead in the community water supply, the greater the level of myeloid suppression, the lower the hemoglobin levels, and the greater the use of erythropoietin stimulating agent, a medication used to treat anemia. Danziger called the findings surprising and daunting at the same time.
ADVERTISEMENT
Health information from almost 600,000 people nationwide who began dialysis between 2005 and 2017 was analyzed. Lead concentrations in community water systems in the five-year period before beginning dialysis were measured using city-level data from the EPA’s Safe Drinking Water Information System.

The study findings were based on community water systems’ self-reported lead levels. Community water systems can choose which households they select for testing, and they only test a small number of households, Danziger, an assistant professor of medicine at Harvard Medical School, explained. Then they only report the average 90th percentile of lead concentration in those households to the EPA. “So there is a lot of potential for error in the surveillance process. It is not an accurate picture of household level of lead exposure.”

Those with chronic kidney disease should check the level of lead in their drinking water, Danziger said. Government-regulated agencies that will test water can be found online. “Find a validated lab to test a sample of your drinking water, particularly if you live in an older home with older water systems.” If lead levels are too high, kidney patients should consider purchasing a water filter designed to remove lead.

Other toxic effects may also be linked to low levels of lead accumulation, including neurological problems. “We are actively now trying to study whether the same level of exposure is correlated with dementia in those with kidney disease,” Danziger added.