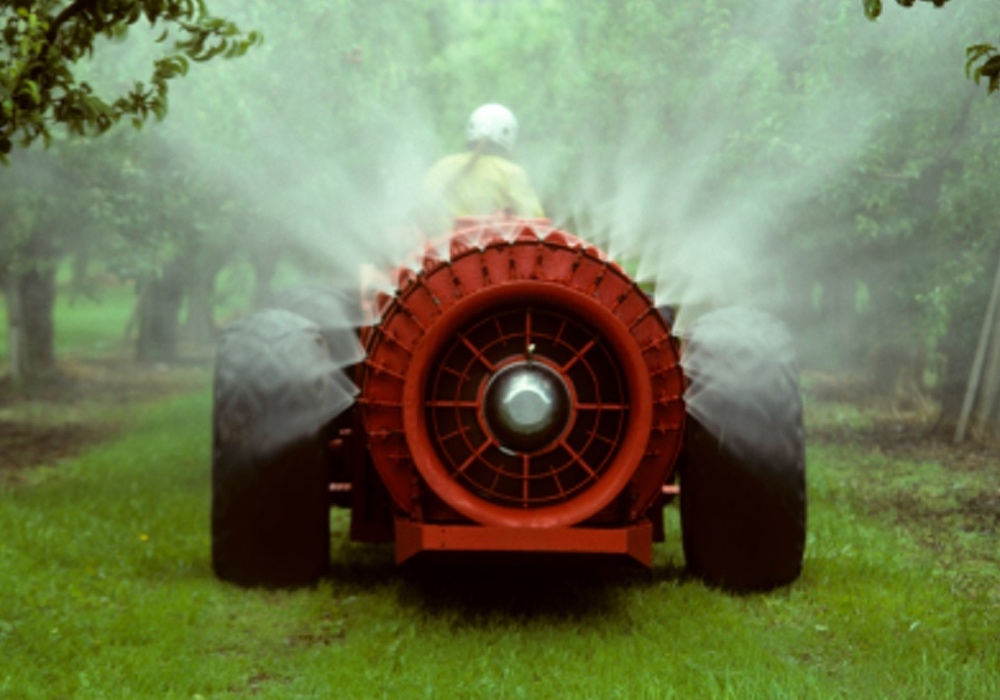 Why Environmental Regulations Are a Bargain

Neil Wagner
The health costs of toxic chemicals like pesticides and flame retardants can exceed $340 billion a year.

One of the arguments against stronger regulation of toxic chemicals is that it would cost too much. Monitoring dangerous chemicals in the environment and cleaning them up can be expensive. But exposure to hazardous chemicals can cause fertility problems, birth defects and cognitive issues that also cost money. So how do the relative costs stack up?

Living in the presence of toxic chemicals like endocrine disruptors in the United States racks up roughly $340 billion in healthcare costs every year, according to a new study. So while it's true that regulating toxic chemicals costs companies, municipalities and individuals some money, it has to be weighed against the damages to the environment and health.

The $340 billion a year estimate is based on computer modeling of the likely number of cases of over 15 diseases that endocrine disruptors can cause and the monetary impact related to having those diseases. The New York University researchers call it a very conservative estimate.

Phthalates were estimated to contribute to some 5,900 cases of obesity, 1,300 cases of diabetes and 86,000 cases of endometriosis. Total cost: more than $47 billion.

The vast majority of these costs ($240 billion) come from the damage that flame retardants do — chiefly from the expenses related to the bad effects caused by flame retardants on the nervous systems of the unborn.

Endocrine disrupting chemicals — EDCs — interfere with how hormones work and have been known to pose a danger to human health for decades. There are many EDCs. Among the best-known: bisphenol A (BPA), phthalates, PCB-like polybrominated diphenyl ethers (PBDEs) and pesticides, such as chlorpyrifos and parathion.

BPA is commonly used to line food cans, while phthalates are found in many plastics, food packaging and cosmetics. Flame retardants used in furniture and packaging typically contain PBDEs.

We are exposed to these chemicals in air, water, food and even household dust.

ADVERTISEMENT
The analysis took three years. It started with measurements of endocrine disrupting chemicals in people's blood and urine. Advanced computer models were then used to project disease totals attributable to chemical exposure and to calculate the estimated health costs and lost income for each disease.

If you use plastic food containers, don't microwave food in them or in containers covered by plastic wrap.

The models estimated that annual PBDE exposure accounts for 11 million lost IQ points in children and 43,000 cases of intellectual disability.

Flame retardants are not the only culprit. Researchers estimate that pesticide exposure is responsible for 1.8 million lost IQ points and 7,500 disability cases each year, with total health costs of about $42 billion. And phthalates likely contribute annually to some 5,900 cases of obesity, 1,300 cases of diabetes and 86,000 cases of endometriosis. Total cost: more than $47 billion.

The same research team found last year that costs for similar health issues related to endocrine disruptors in Europe were much lower, though still substantial ($217 billion). That's likely because chemical regulation has been tougher in Europe, both in general and specifically for flame retardants.

ADVERTISEMENT
“Based on our analyses, stronger regulatory oversight of endocrine-disrupting chemicals is needed, not just in Europe, but in the U.S.,” says study co-author, Leonardo Trasande, an associate professor at NYU's School of Medicine. “This oversight should include not only safety tests on the chemicals' use in the manufacture of commercial products before the chemicals receive government approval, but also studies of their health impact over time once they are used in consumer products.”
You Can Limit Your Exposure Now

Until there are stronger regulations, there are many things you can do to lower your exposure to endocrine disruptors. Using less plastic and eating fewer canned and packaged foods are two general approaches that will help.

If you use plastic food containers, don't microwave food in them or in containers covered by plastic wrap. Wash the containers by hand instead of in the dishwasher and discard etched or scratched containers to reduce the amount of phthalates and other chemicals entering your food and your body.

Avoid plastic containers labeled with the numbers 3, 6 or 7 inside the recycling symbol to cut your exposure to phthalates, styrene and BPA.

The study appears in The Lancet Diabetes & Endocrinology.