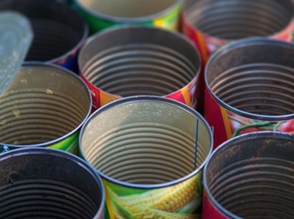 Endocrine-disrupting compounds (EDCs) are the stealth bombers of environmental toxins. They are alarmingly common in our environment, and they usually enter our bodies without our knowledge — through the plastic lining in cans and water bottles, in pesticides, and most recently in the thermal paper used in cash register and gas pump receipts.

EDCs are natural or synthetic chemicals that act upon our hormonal systems; and, as their name implies, disrupt the finely tuned balance of normal functions governed by hormones. They can affect growth, fertility, reproduction, and the regulation of metabolic functions.

Sometimes endocrine-disrupting drugs are used to intentionally cause some of these effects, such as birth control pills. In many situations involving environmental chemicals, however, an endocrine effect is not desirable.

Endocrine Disruptors and Cancer, Diabetes, Autism and Birth Defects
ADVERTISEMENT
They can lead to cancer as well as chronic diseases like diabetes. Endocrine disruptors can be particularly dangerous for developing children and have been suspected of raising the risk of autism.

One example of the devastating consequences of EDC exposure in developing animals, including humans, is the case of the drug diethylstilbestrol (DES), a synthetic estrogen. Prior to its ban in the early 1970s, doctors mistakenly prescribed DES to as many as five million pregnant women to block spontaneous abortion and promote fetal growth. It was discovered after the children went through puberty that DES affected the development of the reproductive system and caused vaginal cancer. Since then, Congress has improved the evaluation and regulation process of drugs and other chemicals.
Endocrine-Disrupting Chemicals Hide in Plain Sight

Some of the more well-known EDCs include Bisphenol A, or BPA; polychrominate diphenyl ethers, or PBDEs; perfluorinate chemicals, or PFCs; and polychlorinated biphenyls, or PCBs:

While some EDCs have been banned from current use, they are persistent in the environment and long-lasting in the food-chain. People can be exposed to PCBs by eating contaminated fish, meat, and dairy products.

As mentioned earlier, all of these compounds have been associated with cancers, reproductive problems, early or delayed puberty, heart disease, changes in fertility and sperm count, problems with organ development in growing children, abnormal thyroid function, abnormal stress response and kidney disease.

Now a recent study has found a new effect — exposure to endocrine disrupting chemicals can accelerate the arrival of menopause in women.

Menopause is the cessation of a women’s ability to reproduce and is characterized by major changes in the levels of reproductive hormones. During perimenopause, as these hormonal changes are beginning to happen, women may have their periods every month or two. Menopause is determined to have occurred when it has been 12 months since the last period.

You can reduce your exposure to endocrine disrupting compounds by avoiding canned foods; buying organic produce to cut exposure to pesticides; microwaving and storing foods in glass, rather than plastic containers; and using pans that do not have non-stick coatings.

Women experience many emotional, physical, and quality of life changes with menopause. The loss of hormones associated with this “change of life” makes them more likely to develop heart disease and osteoporosis.

The average age for menopause in the U.S. is 51 years. Researchers are concerned that earlier menopause would decrease fertility and lead prematurely to postmenopausal health issues including some that would affect life span.

The Study
Researchers analyzed blood and samples collected from 31,575 women for evidence of exposure to EDCs.

Dioxins and furans, phthalates, phytoestrogens, polychlorinated biphenyls, phenolic derivatives, organophosphate pesticides, surfactants and polycyclic aromatic hydrocarbons were among the chemicals they tested for. These compounds were selected because they are known to be reproductive toxins and/or take more than one year to break down in the body.

The team then analyzed whether EDC exposure increased the likelihood that women aged 45-55 would become menopausal.

Early menopause was associated with more EDC exposure. Women with EDC exposure entered menopause an average of two to four years earlier than those with less significant exposure. EDC-exposed women ages 45-55 years were up to six times more likely to be menopausal than non-exposed women in that same age group.

For some of the EDCs, the researchers found women's ovaries failed in a direct, dose-response relationship with the amount of chemical exposure. This suggests that increased environmental exposure to these chemicals increases the likelihood of ovarian dysfunction.

The study, published in PLoS ONE, identified 15 chemicals that were potential causes of ovarian failure and early menopause, including PCBs, pesticides, phthalates and one furan compound. The most concerning were the PCBs.

The authors conclude that some endocrine-disrupting compounds are significantly associated with the early arrival of menopause and further study is needed to investigate the full range of reproductive health issues associated with them. Efforts to decrease release of EDCs into our global environment and ways to minimize exposure of vulnerable populations to their effect are needed as well.

In the meantime, you can reduce your exposure to endocrine disrupting compounds by avoiding canned foods; buying organic produce to avoid pesticides; microwaving and storing foods in glass, rather than plastic containers, and using pans that do not have non-stick coatings.