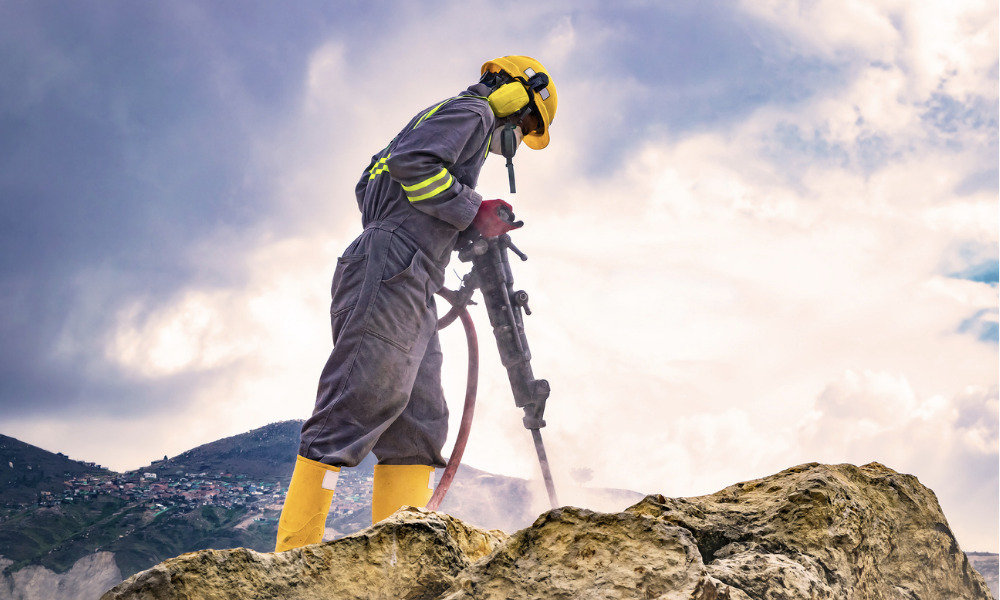 Maggie Whalen
Factory, warehouse and construction workers are even more at risk for CTS than office workers. Watch for tingling and numbness in your hands.

Carpal tunnel syndrome is typically considered an ailment of keyboarders and writers, but industrial and manufacturing laborers are actually the most at-risk population, according to a new study.

Lifting and gripping on the job, the study found, were among the most common risk factors for developing carpal tunnel syndrome (CTS), a chronic compression of the nerves caused by inflammation of ligaments and bones in the hand and wrist. Symptoms of carpal tunnel range from occasional tingling and numbness in the fingers to severe chronic pain throughout the wrist and upper arm.

Carpal tunnel is the result of compression of nerves in the hand and wrist. Tingling and numbness in the fingers are early signs.

Jobs that require repetitive hand and finger motions put people at heightened risk for CTS. These can be found in office environments as well as in warehouses and industrial or manufacturing workplaces. Any long-term repetitive use like typing and grasping can create the inflammation associated with carpal tunnel, but the risk is especially great for high intensity activities which produce high frequency vibrations and force, such as jackhammering and driving heavy equipment.
ADVERTISEMENT
The average annual cost of carpal tunnel-related workplace injury and treatment in the U.S. is approximately $2 billion. This includes lost wages and productivity from CTS-related injuries, as well as surgery, treatment and diagnosis-related costs directly from CTS.

While avoiding repetitive stress, particularly repetitive wrist motions, is the most surefire way to avoid developing CTS, many modern workplaces make it nearly impossible to go a day without lots of wrist-heavy activity like typing or other heavy duty wrist movements. The fact that such workplace conditions are commonplace has made CTS one of the most frequent occupational injuries.

The study, by researchers at the Henry Ford Health System in Detroit, reviewed past healthcare data to identify broad trends in who sought treatment for CTS. The findings shed light on why blue-collar manufacturing and industrial jobs seem to outpace office jobs when it comes to CTS diagnoses. Ongoing randomized studies will be needed to better identify the differing risks of office and industrial laborers and find ways to alleviate risks in the working environments of these different groups, the researchers say.

Besides workplace risks, certain conditions can increase the likelihood of developing CTS. These include diabetes, wrist fractures, thyroid conditions and some forms of arthritis.
ADVERTISEMENT
While many non-surgical interventions — including rest — for CTS exist, the study’s authors recommend surgery for those whose CTS symptoms are severe and don’t respond to non-invasive treatments. These surgeries increase the size of the canal where nerves lie in the wrist — the carpal tunnel — so as to relieve inflammation in the area.

More information about this study can be found in the Journal of Occupational and Environmental Medicine.