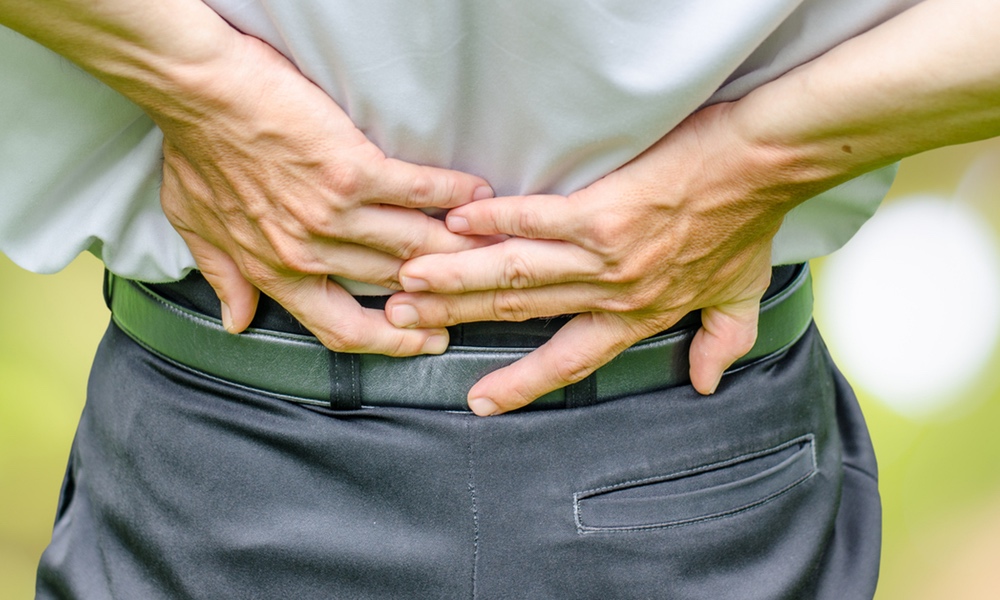 Help for Those with Back Pain

There's a new treatment available for people suffering from lower back pain. The minimally invasive treatment uses electromagnetic radiation — radio waves. It relieved the back pain of the majority of the 80 patients who received it over a three-year period, with 90 percent of the patients reported being pain-free within one month of treatment.

Sometimes back pain goes away with rest and non-steroidal anti-inflammatories, but many people experience chronic, often excruciating, disc pain that is debilitating and very hard to treat. They may try acupuncture, massage, chiropractic adjustments, exercise or even surgery.

Of the 80 patients treated, 81 percent were pain-free one year after a single 10-minute treatment session.

Spinal discs are pillow-like structures that sit between the bones of the spine. They act like a car's shock absorbers and also give the spine added flexibility. They tend to degenerate as people age or through injury. When they move or bulge, they can press up against nearby nerves, causing severe pain.
ADVERTISEMENT
Pressure placed on a spinal nerve often starts a vicious cycle where nearby muscles contract to try to protect the disc, much as a splint would. This often ends up irritating the nerve even more.

“Following this treatment, inflammation and pain go away. The results have been extraordinary. Patients have been relieved of pain and resumed their normal activities within a day,” the lead investigator, Alessandro Napoli, an interventional radiologist at Sapienza University of Rome, said in a statement.

The study looked at people with back pain that radiated down into their lower body (sciatica) and had not responded to three months of conservative treatment. Their pain had been traced to a pinched spinal nerve caused by a herniated (bulging, slipped or ruptured) spinal disc.

Pulsed radiofrequency (RF) treatment — short bursts of radio waves — has been found to be effective at reducing pain in other studies, though how it works is not yet clear. It seems to selectively interfere with a nerve's ability to transmit pain signals without otherwise damaging the nerve.

The procedure used here requires inserting a needle in or near the spine. The needle contains the probe that delivers the RF energy. It is guided into place by CT imaging, and bursts of RF energy are delivered to the affected area for a 10-minute period. This produces heat — temperature rises to 42 degrees Celsius (108 degrees Fahrenheit) at the site of contact — but this does not appear to cause any tissue damage.

ADVERTISEMENT
Of the 80 patients treated, 81% were pain-free based on the visual analogue scale (VAS), a simple and frequently used method for measuring variations in intensity of pain, one year after a single 10-minute treatment session. Six patients required a second pulsed RF session. Fully 90 percent of the patients were able to avoid surgical treatment. None of the people in the study experienced side effects.

While the treatment is described as minimally invasive because it requires guiding a needle to the spine, it is considerably less invasive than spinal surgery.

The study was presented at the 2017 Annual Meeting of the Radiological Society of North America (RSNA). Because it has not yet been published in a peer-reviewed journal, its results should be considered preliminary.