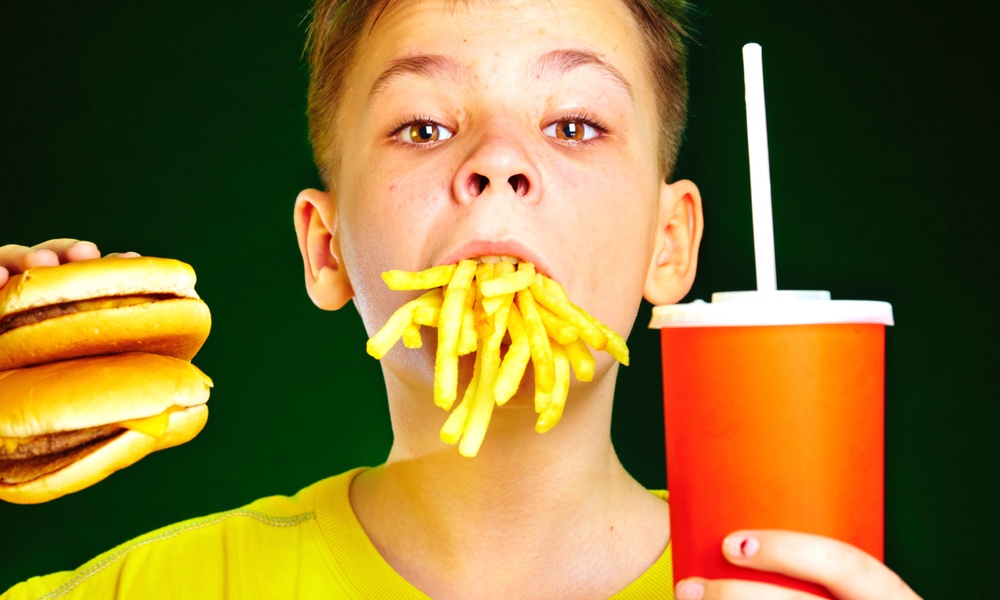 Foods like potato chips and packaged pastries are habit-forming and can lead teens to eat more foods with lots of salt, sugar and fats.

Gateway drugs are habit-forming substances such as alcohol or nicotine that can lead to the use of other more addictive drugs. Well, junk food appears to work in a similar way.

Kids who get hooked on ultra-processed foods — manufactured foods like potato chips or packaged cookies or cakes that are made mostly from substances such as fats and starches extracted from foods, and processed with added sugars and hydrogenated fats — are at higher risk for an increasingly unhealthy diet high in sugar, salt and fat and low on nutrients.

Ultra-processed foods are in every corner store and vending machine. We also live with the marketing aimed at making them attractive to children from the time they are toddlers, so it’s hard to get our children to eat unprocessed or minimally processed foods — whole foods in which the vitamins and nutrients are still intact.

A new study, led by a teen scientist, found that certain ultra-processed foods may serve as “gateway” foods for kids, priming them to increase their intake of these unhealthy products and the empty calories they contain.

Cutting back on processed meats, white bread and prepackaged cookies was associated with reduced consumption of all the other ultra-processed foods.

Ultra-processed foods are designed to be cheap, convenient and tasty. They are full of all things undesirable in a healthy food: salt, sugar, trans fats, artificial colors and flavorings, not to mention other unrecognizable ingredients only a chemist would understand. Over 60 percent of the calories the average American eats each day come from these fake foods that are linked to weight gain, high blood pressure, an increased risk of heart disease and early death.

The lead researcher of this study, Maria Balhara, is a 16-year-old student who is dual-enrolled at Cooper City High School and Broward College in Davie, Florida. Balhara developed a survey called the Processed Intake Evaluation (PIE) that asked how often teens ate 12 processed foods during the previous eight weeks in 2022 and had them estimate their consumption in 2019, before COVID restrictions.

Over 300 teens between the ages of 13 and 19 completed the survey. Based on their responses, a PIE score of between zero and 100 was assigned to each teen, and the 2022 scores were compared to the estimated 2019 scores.

ADVERTISEMENT
Balhara’s findings identified candy, prepackaged pastries and frozen desserts as possible “gateway” foods that could trigger an increase in the consumption of other processed foods. Teens who increased or decreased how often they ate these gateway foods were more likely to change how often they ate other ultra-processed foods — for better or for worse.

Forty-three (43) percent of the teens who took part in the study said they increased how often they ate ultra-processed foods after pandemic restrictions were removed compared to how much they had eaten beforehand, and 57 percent said they ate less.

Eating less processed meats, white bread and prepackaged cookies was associated with reduced consumption of all the other ultra-processed foods, according to PIE scores.

The findings suggest that teens who eat less of the gateway foods may eat less ultra-processed foods overall.

“The good news is that even small changes, such as reducing how often you eat a few gateway foods, may reduce overall consumption of unhealthy foods and have a big impact on your overall health.”

Maybe these findings could be an eye-opener for parents. Limit your children’s intake of ultra-processed foods now, and you’ll be doing your teens a favor later.

The study was presented at the American Heart Association’s Hypertension Scientific Sessions 2022 in San Diego, CA and is published in the journal, Hypertension.