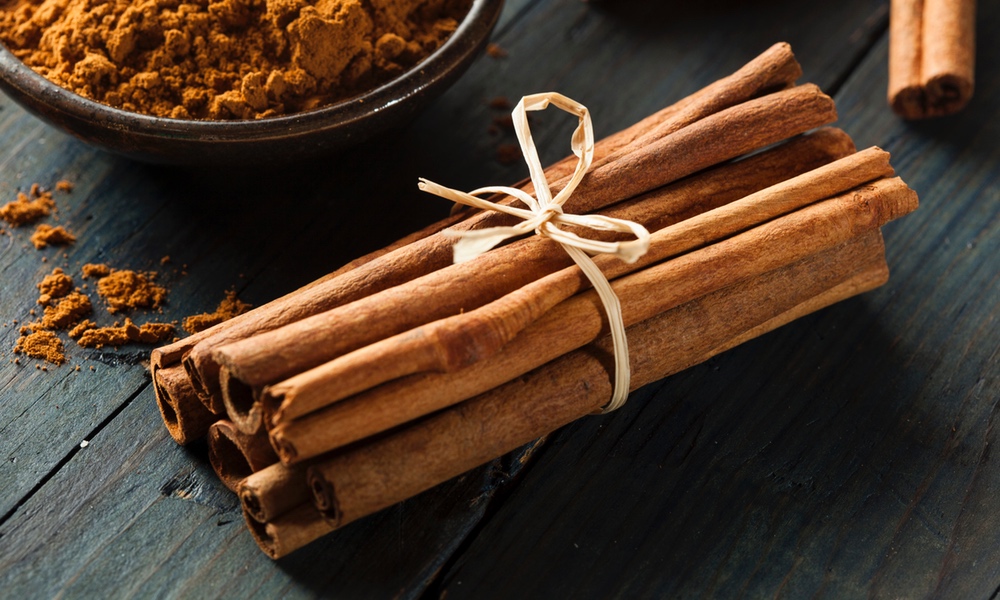 Beth Fontenot, MS, RD, LDN
Cinnamon contains a compound that has the potential to amp up the body's fat-burning system.

Many holiday foods like gingerbread, mulled wine and eggnog have at least one ingredient in common — cinnamon. This popular spice may offer some protection against obesity, suggests a new study, by turning on your fat-burning cells.

The compound in cinnamon that provides its flavor and color is cinnamaldehyde. It seemed to protect against obesity and hyperglycemia in previous studies involving mice, though how it did this was not clear.

With obesity on the rise, researchers are now looking for ways to turn fat-burning processes back on. The cinnamaldehyde in cinnamon may be one way of doing that.

Researchers at the University of Michigan Life Sciences Institute decided to see if the compound might also provide the same benefits in humans. They treated human fat cells from volunteers of different ages, ethnicities and body mass indices with cinnamaldehyde and found it boosted fat metabolism and enhanced the action of two metabolic proteins involved in thermogenesis, or energy expenditure.
ADVERTISEMENT
Centuries ago fat storage was beneficial to humans as a survival mechanism because their access to high-fat foods was limited. When food was in short supply or during cold weather, the body could convert stored fat into energy. And when the body no longer needed to produce energy, the process turned off.

With an abundant food supply and an epidemic of obesity in today’s world, the survival mechanism this metabolic process offered is no longer needed. In fact, researchers are now looking for ways to turn the fat-burning processes back on. The cinnamaldehyde in cinnamon may be one way of doing that.

“Cinnamon has been part of our diets for thousands of years, and people generally enjoy it,” said researcher, Jun Wu, in a statement. “So if it can help protect against obesity, too, it may offer an approach to metabolic health that is easier for patients to adhere to.”

Before you start using fistfuls of cinnamon in your holiday treats, keep in mind that more research needs to be done. It is not yet clear that eating cinnamon guarantees that cinnamaldehyde will actually reach your fat cells, and no one knows yet how much cinnamon you would have to eat to turn on the fat-burning process.

For now, though it’s nice to think that something we all enjoy could one day help with weight loss, the smart move is to eat with common sense through the holidays and stay active. Enjoy cinnamon, but don’t depend on it to keep the pounds off.