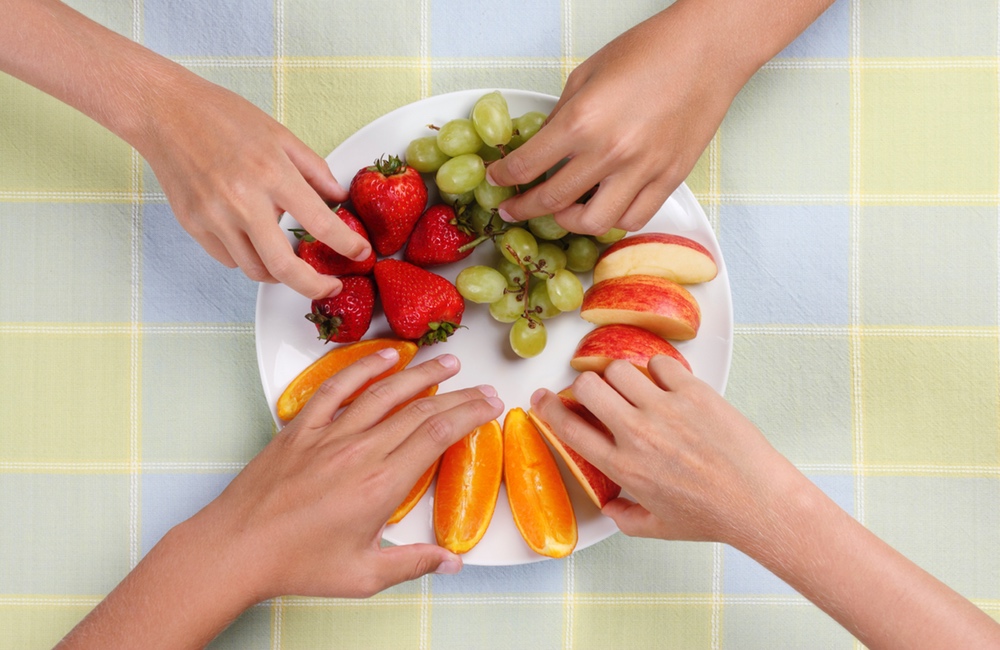 Beth Fontenot, MS, RD, LDN
Amazingly, kids eat a healthier diet at day care than at home. And the extra calories they get at home are a major source of weight gain.

You will most likely find it hard to believe, but kids eat better when they are in daycare than they do in their own homes. It’s not that they eat more in daycare, but they eat healthier foods. What's going on here?

Not only do preschoolers consume more empty calories at home, but they eat fewer fruits and vegetables and drink less milk, according to a recent study.

Preschoolers in daycare centers are supposed to receive an age-appropriate serving of nonfat or low fat milk, fruit and/or vegetable, and grain or bread for breakfast, according to the USDA's Child and Adult Care Food Program (CACFP) guidelines. Lunch must include the same, along with an additional serving of fruit or vegetables, and a serving of meat or meat alternate. Snacks must include two servings from milk, fruit or vegetable, bread or grain, and meat or a meat alternate.
ADVERTISEMENT
The Academy of Nutrition and Dietetics recommends that children in full-time daycare should have one-half to two-thirds of their nutritional needs met while in daycare. That leaves another third to one-half of their nutritional needs to be met at home. To round out their daily intake, preschoolers should eat ½ to ¾ cup of fruit, ½ to ¾ cup of vegetables, and 6 to 8 ounces of nonfat or 1 percent milk during dinner and snack time in the evenings.

That isn’t happening, according to Kristen Copeland, MD, senior author of the study. “We found that after children left child-care centers, they weren't eating enough fruits or vegetables, or drinking enough milk to meet dietary guidelines, and on average consumed more calories than recommended.”

Copeland and her fellow researchers at Cincinnati Children’s Hospital Medical Center studied approximately 340 preschoolers who were in enrolled in 30 randomly chosen, licensed, full-time day care centers. Between the time they were picked up from daycare and the time they went to bed, each child consumed an average of 685 calories, 140 calories more than the recommended 433 to 650 calories for this time frame. Half of the preschoolers consumed over 900 calories after they were picked up from day care.

Perhaps the most disturbing finding from this study is that the majority of the calories consumed at home came from sugar-sweetened beverages, whole or 2 percent milk, and sweet and salty snacks like crackers, cookies, doughnuts, pretzels, and candy.

ADVERTISEMENT
The excess calories consumed at home were associated with the preschoolers being overweight. Every extra 200 calories increased the child’s chance of being overweight by 20 percent.

Pinpointing the source of excess calories is helpful when it comes to figuring who's to blame for kids' expanding waistlines. Sadly, this study suggests that for many young children, the answer lies with their families. Maybe we all need to be required to follow the USDA guidelines. Parents, you can do better!