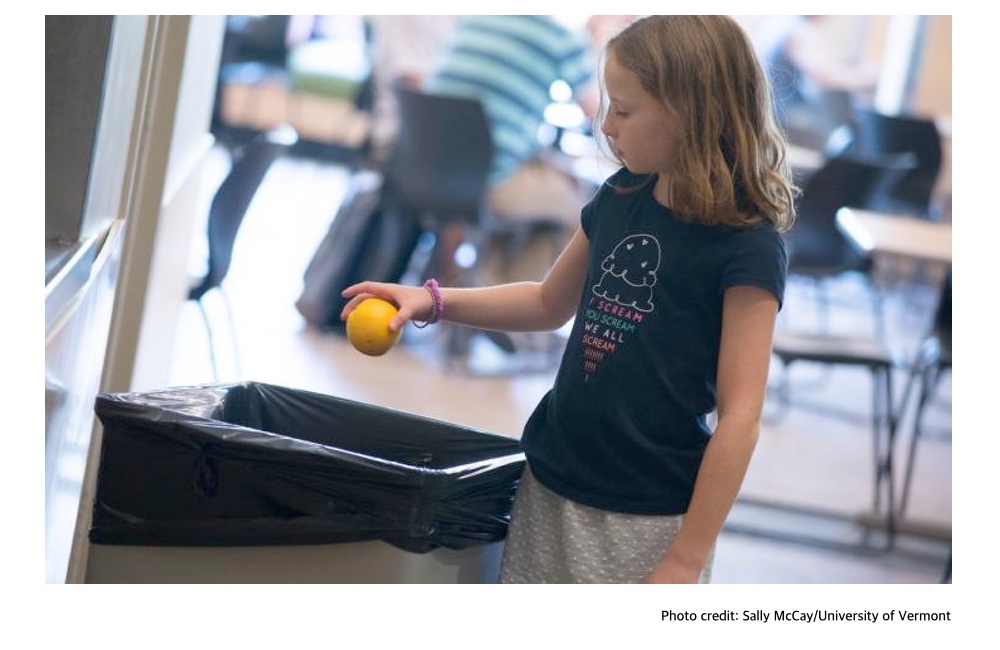 Beth Fontenot, MS, RD, LDN
Cafeterias are putting more fruit and veggies on kids’ trays. But are they eating them? Not exactly.

You can lead a kid to fruits and vegetables, but you can’t make them eat. Government regulations in the United States that require school kids to put produce on their plates have met with strong opposition in cafeterias around the country.

Researchers took photos of students’ lunch trays at the cashier and again at the food disposal area where they caught on camera kids in the act of throwing away the fruits and vegetables they were required to put on their trays.

Kids who began kindergarten in 2012 under the new USDA guidelines will never know whole fruits and vegetables weren’t always a part of school lunch, so perhaps the problem will begin to correct itself in time.

“…[D]oes requiring a child to select a fruit or vegetable actually correspond with consumption. The answer was clearly no. It was heartbreaking to see so many students toss fruits like apples into the trash right after exiting the lunch line,” Sarah Amin, a researcher at the University of Vermont and lead author of the study, said in a statement.
ADVERTISEMENT
In one of the first studies to compare fruit and vegetable consumption before and after the Healthy, Hunger-Free Kids Act was passed, Amin and her research team used digital photos to document nearly 500 lunch trays in 10 visits to two elementary schools before the new USDA guidelines for school lunches were enacted and nearly twice as many after.

What they found is that after the Act kids put more fruits and vegetables on their lunch trays, as required, but they ate very little of them. Instead, they tossed them, and food waste at the schools increased by 56 percent.

In an earlier study, Amin and her colleagues reported that students preferred processed fruits and vegetables like tomato paste on pizza or fruit juice.

Amin and her colleagues offer these suggestions to increase consumption of fruits and vegetables:

The study is published in Public Health Reports.