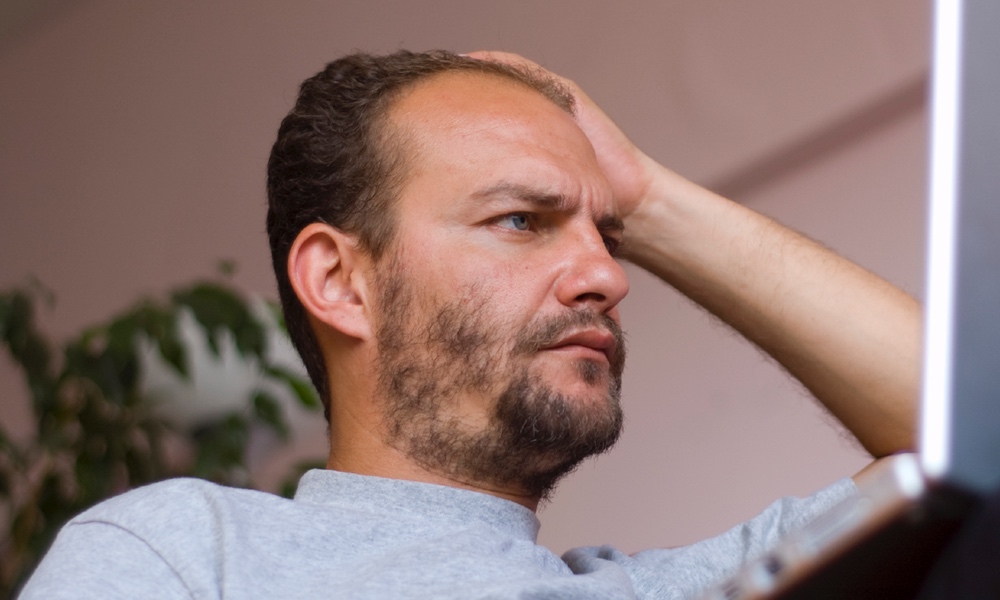 Neil Wagner
Yes, men with a baby on the way can become depressed, too. And too often they are overlooked.

Having a baby is a major life change — and not just for mothers. While many studies have explored the baby blues of expectant mothers, there's been little research into expectant fathers. But even if their bodies (and hormones) aren't on the line the same way women's are, it only makes sense that some fathers will find the impending arrival of an infant difficult.

In a study that is the first of its kind, Montreal's McGill University Health Centre has found that many men experience elevated levels of depression during their partner's pregnancy.

Teaching fathers and screening for depression early on can help prevent depression after a baby is born.

“The mental health of men remains a neglected area of research and one that is not adequately addressed during the transition to parenthood,” senior author, Dr. Deborah Da Costa, said.
ADVERTISEMENT
During their partner's third trimester, researchers asked over 600 expectant fathers from Quebec to complete online questionnaires about their mood, physical activity, sleep quality, social support, marital adjustment and financial stress.

Findings showed that over 13% of the men experienced elevated depression. There were a number of factors that presumably helped it along — sleep difficulties and having a partner with a high level of depression were the two most directly to pregancy. Traditional risk factors for depression also played a role, including a family history of psychological difficulties, a feeling they had little social support, poor marital satisfaction, a high number of stressful life events in the previous six months and being under a great deal of financial stress.

The good news is that many of these factors are modifiable, meaning that tools are available to help men cope with them, providing that men and their doctors place a greater emphasis on early prevention efforts and depression screening.

“These are important signals because some of these factors may worsen in postpartum; certainly sleep will be compromised in the first years,” explained Dr. Da Costa. Prenatal depression is the strongest predictor for postnatal depression, she added. “So teaching fathers, and screening for this early on, can be beneficial in terms of decreasing the risk or the continuation of depression postpartum.”

Just as with motherhood, fatherhood begins long before the baby is born.