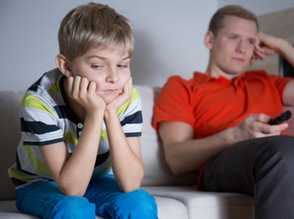 When a parent becomes depressed, he or she may find it difficult to respond to their children with the energy and attention that children need. This means that not only do their children lose a major source of information and connection, they may consistently be exposed to negative emotions.
ADVERTISEMENT

Studies have demonstrated that when kids live with depressed mothers in middle childhood, they have more difficulty learning strategies for self-regulation including impulse control, decision making, and regulation of aggression.

The key finding: when children are exposed to mothers who are depressed, they are more likely to have greater and earlier engagement in health risk behaviors.