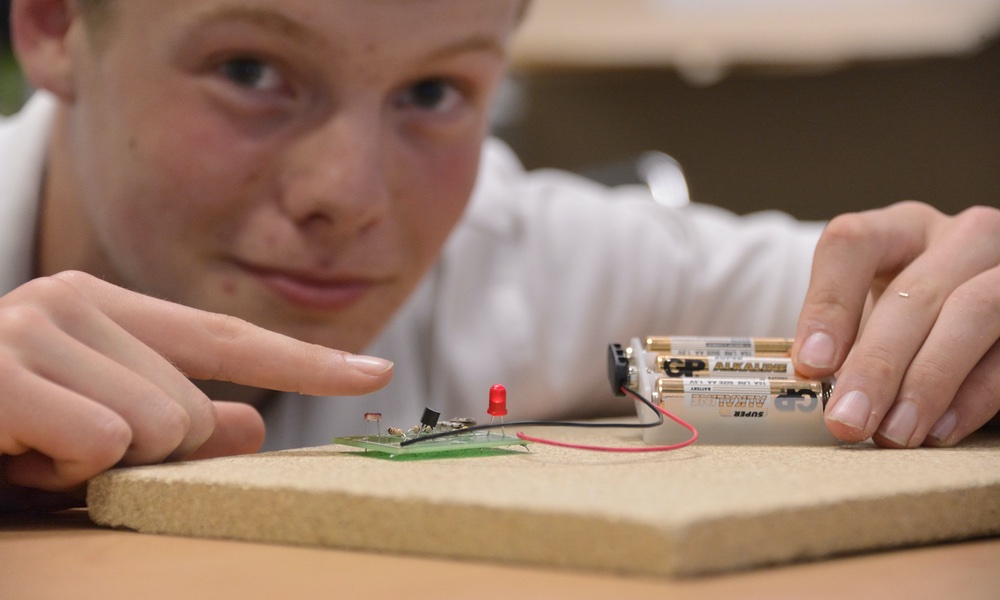 Charlotte LoBuono
When students were encouraged to put themselves in the shoes of young asthma patients to find ways to help them, creative solutions soared.

Empathy may be replacing necessity as the mother of invention. School curriculums that ask students to feel empathetic toward the subject matter and the people involved, boost kids' creativity, too, according to new research from the University of Cambridge. The research highlights the need for a more holistic approach to teaching that includes the emotional and social components of learning, as well as cognitive skills.

“This is something we must think about, as curricula in general has become increasingly exam-based,” one of the authors, Helen Demetriou, said in a statement. Although good grades are important, she added, creative and empathetic people are important, too, if society is to thrive.

The program challenged students to solve real-life problems while looking at those problems from other people’s perspectives.

Sixty-four students, ages 13 to 14, at two public schools in London participated in the study, which was centered on schools' Design and Technology classes. During the school year, 28 students continued with their planned Design and Technology lessons and served as the control group; 36 students at the intervention school were given a kit called Designing Our Tomorrow instead of the usual Design and Technology curriculum.
ADVERTISEMENT
The Designing Our Tomorrow program encourages creative problem solving and empathy: it challenges students to solve real-life problems while looking at those problems from other people’s perspective. Students at the intervention school were asked to design an asthma treatment pack for children six years old and younger.

To better understand the experience of these young patients and their families, students watched a video of a young child having an asthma attack and were shown data about asthma fatalities among children in the United Kingdom. They tested their ideas by role-playing, exploring how asthma is experienced by parents, patients and medical personnel.

Creativity levels of the students at both schools were measured at the start and end of the school year using the Torrance Test of Creative Thinking. At the beginning of the school year, students at the control school scored 11 percent higher on the test, compared to those at the intervention school. By the end of the year, however, students at the intervention school scored 78 percent higher in creative thinking than those at the control school. They also scored higher at the end of the year on parts of the Torrance Test that measured different aspects of empathy, such as open-mindedness and emotional expressiveness, suggesting that greater empathy was boosting students’ creativity.

“We clearly awakened something in these students by encouraging them to think about the thoughts and feelings of others,” said Demetriou, an affiliated lecturer in psychology and education at Cambridge. “Our research shows that not only is it possible to teach empathy, but that by doing so, we support the development of children’s creativity and their wider learning.”