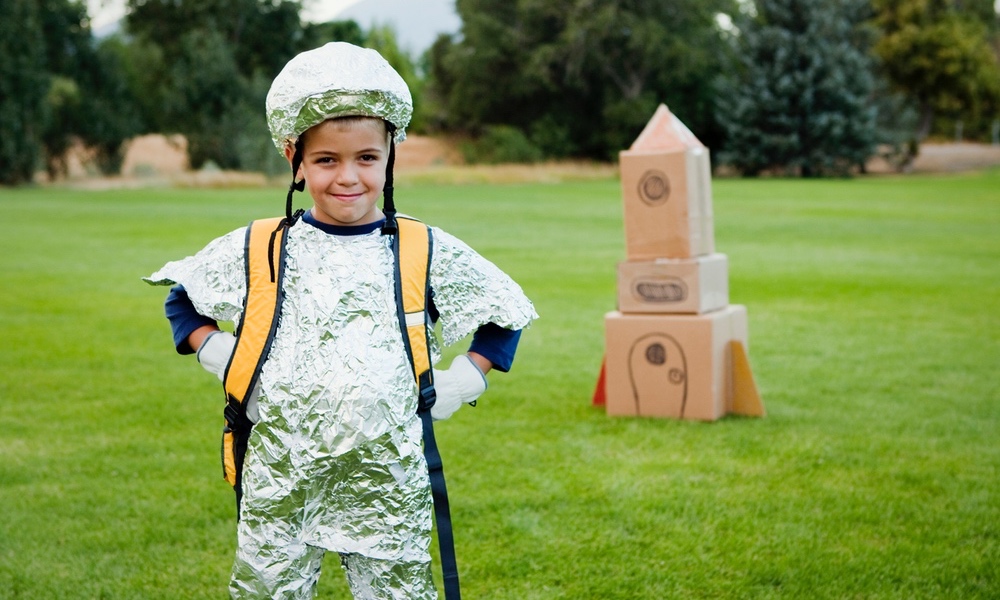 Charlotte LoBuono
Many kids have a rich fantasy life, one they may share with other kids. Parents shouldn't worry; it's a sign of something good.

Fantasy and pretending make up a significant part of childhood play. Kids fantasy worlds can be shared or private, based on real or made up experiences, acted out in games or take the form of storytelling. In some cases children's imaginary worlds have their own culture, language and religion.

These parallel fantasy worlds, or paracosms, are more common than most people tend to realize, new research finds. They are also not something parents should be worried about. In fact, the kids who create and become caught up in these worlds are strong storytellers. They are also often socially adept, collaborating with friends to create imaginary worlds.

“We didn’t expect [imaginary worlds] to be as common or as social as they were,” Marjorie Taylor, who led the research into kids' fantasy play, told TheDoctor. “A lot of kids enjoy thinking about imaginary worlds.”
ADVERTISEMENT
Previous work on kids' pretend worlds depended on adults' recollections of their imaginary life in childhood; the University of Oregon team's two studies are the first to focus on children eight to 12 years old, the ages most frequently known to create fantasy worlds.

In the first study, 37 boys and 40 girls completed five tests of their creativity, assessments of their coping strategies and verbal comprehension.

Of these 77 children, 44 reported thinking about an imaginary world and provided the researchers with descriptions. Seven of the girls and six of the boys described what the researchers considered to be fully developed paracosms.

“We thought these kids would look very different than other kids, cognitively speaking,” said Taylor, a professor emeritus of psychology at the University of Oregon. Instead, the researchers found that verbal comprehension and gender were unrelated to having imaginary friends or creating fully developed paracosms. The researchers had also thought children involved in fantasy worlds would be more creative and test higher in verbal comprehension. That was not the case.

ADVERTISEMENT
Children who developed paracosms had more difficulty with tests of inhibitory control, suggesting a link between creativity and less inhibition. They did have scores on tests of verbal comprehension and working memory that were similar to those who did not.

In both studies, children who created fantasy worlds came up with more creative endings to their stories than those who did not.

Unscheduled time is in short supply in too many children’s lives. Taylor advises parents to make sure their children have plenty of unscheduled time that doesn’t involve time spent online, because, “Left to their own devices, it is amazing what children can come up with!”