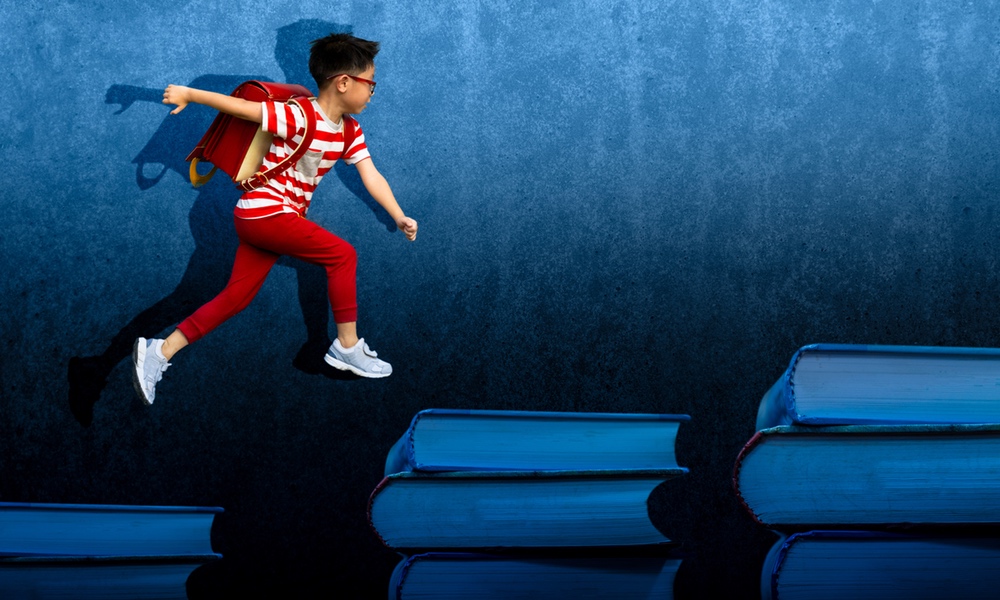 Charlotte LoBuono
The more children read, the better they read. What they read also makes a difference.

Children develop their literacy skills by reading. And they become better readers as they read longer and more challenging texts. The question is whether the type of reading material children choose, apart from what is required for school, makes a difference in their academic progress. Can kids get the same boost in reading skills from graphic novels, comic books and classic children's literature?

Using longitudinal data from a census of almost 44,000 students in Andalusia, the largest region of Spain, Spanish and British researchers found that children who often read books scored higher on reading and math tests than those who did not.

Can middle schoolers get the same boost in reading skills from graphic novels, comic books and classic children's literature?

The findings have important implications for parents, teachers and policy makers. “In an increasingly digital world, it is important that young people are encouraged to find time to read a good book,” said co-author, John Jerrim, in a statement. Lead researcher Luis Alejandro Lopez-Agudo, a post-doctoral researcher at the University of Malaga Spain, added that, “Our results provide further evidence that it’s not only whether young people read or not that matters-but also what they read.”
ADVERTISEMENT
Books Supply a Significant Boost
Students were asked how often they read comics, magazines, newspapers, short novels and books. Their attitudes about school and prior academic achievement were also taken into consideration. Their parents were asked about their own involvement in their child’s education and about their own reading habits.

The students were followed over a three-year period, from when they were 10 to 11 years old until age 13 to 14. The 13-to-14-year-old students who read books every day or almost every day scored significantly higher (0.22 standard deviations) on a reading test than those who almost never read books. Their higher scores were roughly equivalent to making an extra three months of academic progress. There were no similar increases in scores found among those who read newspapers, magazines and comics.

“Three months’ worth of progress may seem small, but it is equal to more than 10 percent of the three academic school years measured,” said Jerrim, a professor at the University College London Institute of Education. An extra three years of progress in late elementary school through early junior high school represents a significant time frame for academic development, he added.

Reading books may also benefit other subjects. Students who read books scored about 0.20 standard deviations higher on a mathematics test compared to those who did not.

ADVERTISEMENT
Girls read short stories, newspapers and books more frequently than boys, who read comics and magazines more often than girls. Students from higher-income backgrounds read more of all kinds of material than those from lower-income backgrounds. As measured by their fifth-grade test scores, higher-achieving students were more likely to read short novels and books than lower-achieving students, although both groups read magazines, comics and newspapers with equal frequency.

Because the children in this study were between 10 and 14 years old, their reading skills were already pretty well developed. Further studies are needed to see whether these results would apply to younger children who are just beginning to read on their own. Reading comic books or magazines may have different effects on academic progress among this age group.

The study shows that reading more books is associated with academic gains, but large-scale studies including children from countries outside Spain and designed to demonstrate cause and effect are needed to determine the exact mechanism by which different types of reading material affect academic progress, the researchers say.

The study only focused on one region of Spain. So it would be helpful for other researchers to try and replicate these findings in different places.

ADVERTISEMENT
The study was published in the Oxford Review of Education.