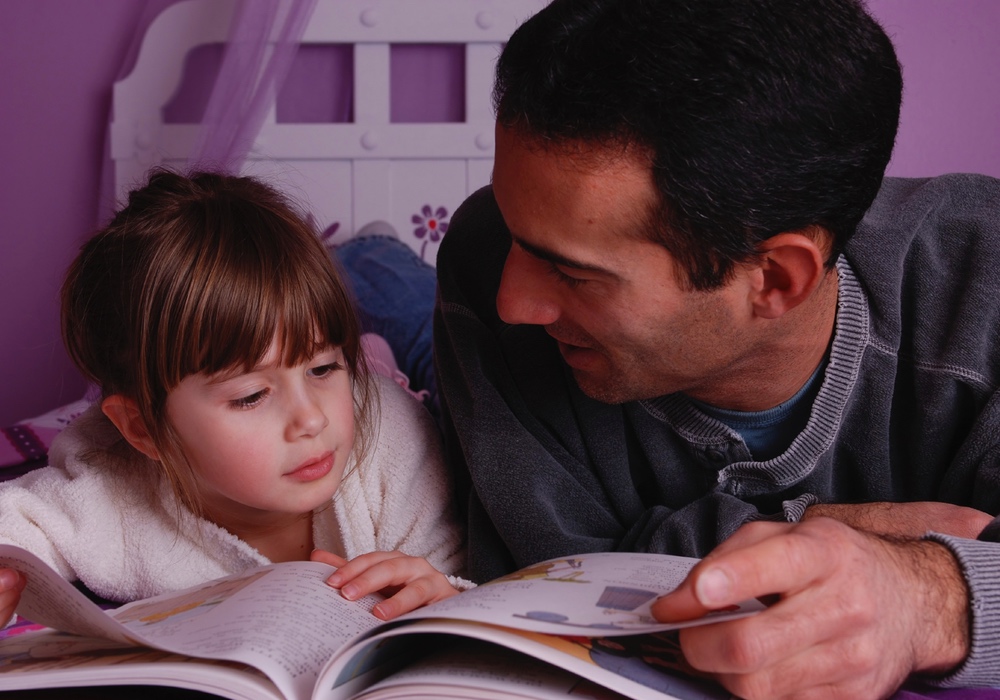 Neil Wagner
Many parents don't realize how easy it is to help kids learn to read, but their involvement makes a huge difference.

Reading is by most accounts the most essential academic skill. It paves the way for children's success throughout school. So the time when children first learn to read is a critical stage of their life.

Parents can make reading come more easily and naturally by reading along with their kids and helping them over the rough spots, yet not all do this. A Danish study wanted to know why some parents miss this opportunity. They not only uncovered some of the reasons why parents don't help, they also found, perhaps more importantly, a simple and inexpensive way to get parents more involved in their children's early reading.

There was improvement in all areas for children who received the intervention.

The study, published in the Proceedings of the National Academy of Science (PNAS), looked at 1,587 Danish second graders. Half of the parents of the children in this randomized controlled trial received booklets and videos containing ideas and specific activities to help them help their child learn to read.
ADVERTISEMENT
A key part of the training for the parents in the active intervention group was an explanation that a child's reading ability is not fixed. Any child's reading ability can be improved, no matter how poor it currently is.

Parents were taught they could help by talking with their child about the reading material's content before, during and after reading it; by posing questions about what they had read; taking time to answer their child’s questions; and above all by making sure that their child found reading an enjoyable experience.

Since repetition is so important to learning to read and recognize words, the study emphasized that children's effort was more important than their performance. Some kids and their parents in the intervention group kept a logbook listing every reading session. Children were rewarded for persistence — after 10 reading sessions, they could bring the logbook to their teacher, and the class would get a sticker. The class with the most stickers received a prize.

Not everyone chose to keep the logbooks, but for those who did records showed parents reading along with their children an average of 89 times during the seven-month study — a little less than every other day.

Children in the treatment group also received three books to get them started and information on how to find more books at the library.

ADVERTISEMENT
They were tested in three areas of reading ability two and seven months after the study began. Writing ability was also tested at seven months.

A program that engages parents is much less expensive than one that has children spend more time with teachers in school.

Improvement was stronger at two months than at seven months. The authors suggest that this may have been due to a lack of persistence by the parents.

They point out that a program like this that engages parents directly is much less expensive than one that has children spend more time with teachers in school.

ADVERTISEMENT
The authors feel that parents reluctance to reading with their children can be traced to parents' belief that their child's reading ability is pretty much out of their hands — that they can't make much of a difference. Parents were asked about this before the study started, and the largest improvements were seen in children of parents who believed their children's abilities are relatively fixed.

The results argue that pretty much any child can learn to read and write well if they get enough help. From The BFG to the local newspaper, there's plenty of material for a parent to choose from.