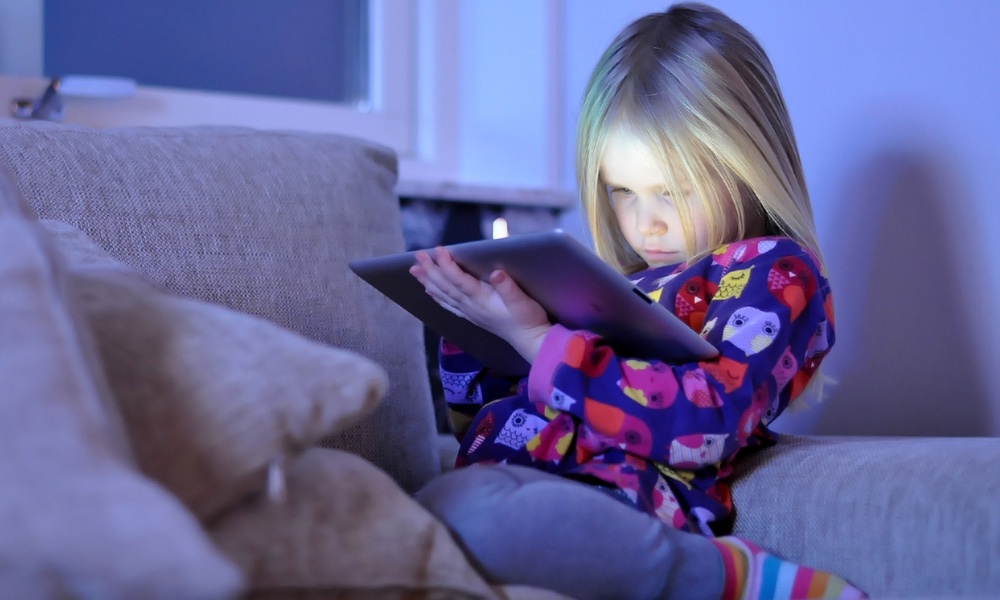 Charlotte LoBuono
By the time they are three, toddlers are spending an average of two hours a day in front of a screen. That's way more than guidelines recommend.

In what is likely to be no surprise to parents, the news about kids and screen time keeps getting worse. In a recent issue of JAMA Pediatrics, two studies — an original study done in New York State and a research letter from investigators in Canada — looked at what affects how much time young children spend in front of a screen, and whether children continued their screen viewing habits as they entered school. Together they paint a worrying picture of younger and younger children spending more and more time in front of phones, laptops and televisions.

Children’s average daily screen time increased from 30 minutes at 12 months of age to 120 minutes at age 36 months, the team on the New York State study found, despite the fact that screen time among two- and three-year-olds has been shown to negatively affect mental health.

Parents should develop a family media plan in order to make rules around screen use clear and consistent.

The Canadian researchers reported that nearly 80 percent of two-year-olds and over 94 percent of three-year-olds did not meet screen time guidelines from the World Health Organization (WHO) and the American Academy of Pediatrics (AAP).
ADVERTISEMENT
“We were a little surprised there wasn’t more adherence to the guidelines, because they have been published for a while now,” Sheri Madigan, corresponding author on the Canadian research letter, told TheDoctor. Because there has been a lot of debate in the media about the risks and benefits of screen time for children, parents might be confused by the conflicting messages.

It is also possible that parents are simply not aware the guidelines exist. “When I talk to parents and say the screen time guidelines for preschoolers are one-hour of high-quality programming per day, many are surprised,” Madigan said. So healthcare providers should make sure parents are aware of the guidelines. They can also work with families to develop a family media plan about digital media use in the home that applies to both parents and kids.

Mothers' screen time and being cared for at home rather than at a daycare center were two factors that made it more likely young children would exceed screen time guidelines, the Canadian team indicated, but fathers weren't included in their study. Going forward, the researchers would like to take a closer look at the effects of dads’ screen time. “We’d like to hear from dads. In this study we only followed moms because they were the primary participants in our sample,” said Madigan. Since parents’ screen time is important for understanding children’s screen use, she added, it’s important to examine dads' screen time, too.

ADVERTISEMENT
Make a Plan
Parents should develop a family media plan in order to make rules around screen use clear and consistent. Madigan recommended the American Academy of Pediatrics site healthychildren.org. Parents can enter their children’s age(s) and it will tell them what the guidelines are according to their age(s).

Families can also decide where and when screens can be used. “For example, we recommend they be used in a common area, rather than children’s individual rooms, and that they not be used within an hour of bedtime, because screens can be very stimulating and keep children awake,” Madigan, an associate professor of psychology at the University of Calgary, said.

Madigan is also the co-author of an editorial, also in JAMA Pediatrics, about the pros and cons of digital media, and the responsibilities clinicians and researchers have when they advise families about children’s digital media use.