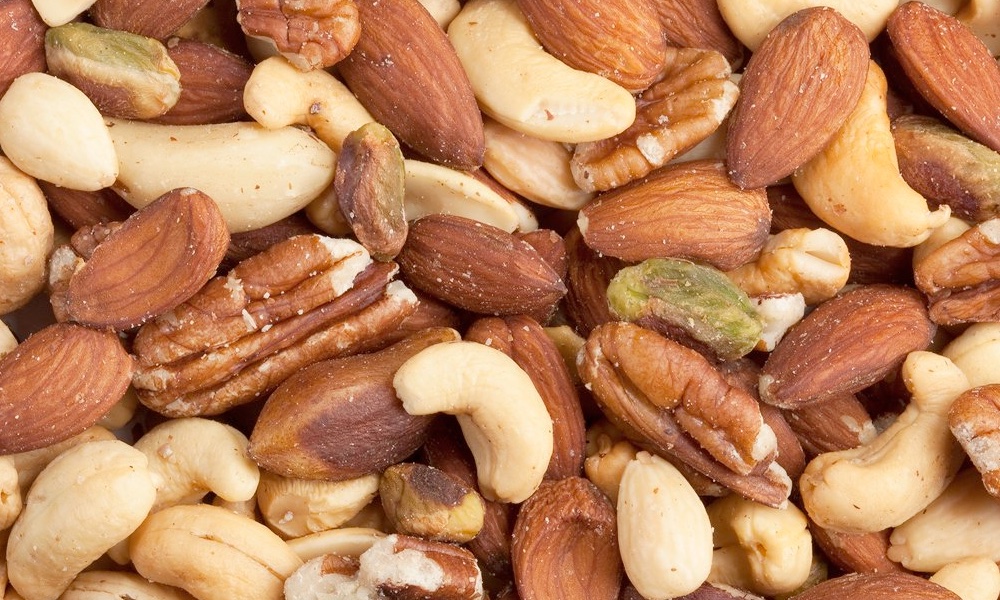 Neil Wagner
People who ate nuts regularly were far less likely to become obese over the years. What the nuts help keep them from eating is part of it.

Adding a handful of nuts to your diet could help you keep off those extra pounds.

It's sad but true: U.S. adults gain about one pound every year on average and are often surprised when those pounds mount up. Eating too much and exercising too little are certainly part of the problem, but there's also been a keen interest in the habits of people who have managed to keep weight off throughout the years.

A review of over 20 years worth of diet information points to eating nuts as one of those habits.

Nuts aren't usually thought of as diet food because they're high in calories and fat. But many studies have found that eating them doesn't seem to lead to weight gain. The current study suggests that nuts may actually help ward it off and also offers some possible explanations of how they might do so.

People who increased the amount of nuts in their diet — any type of nuts — were likely to gain less weight over the years and were also less likely to become obese.

In all three studies people reported their weight every four years, along with how often they had eaten a serving (one ounce) of nuts during the previous year, including peanuts and peanut butter. The researchers then compared how people's weight changed four years later with their reported nut eating habits.

Specifically, they studied what happened when people increased the amount of nuts they ate.

Probably the simplest finding was that people who increased the amount of nuts in their diet — any type of nuts — were likely to gain less weight over the years and were also less likely to become obese.

ADVERTISEMENT
Effects were strongest for walnuts and other tree nuts, but also held true for peanuts, though to a lesser degree. Unfortunately, they did not happen with peanut butter, so peanut butter and jelly sandwiches don't seem to be the answer to keeping off weight.

Another finding was that when people who hadn't been eating nuts started eating at least half a serving (half an ounce), they tended to gain about a pound and a half less in the next four years compared to people who weren't eating any nuts. And once again, they were less likely to become obese — 16 percent less likely.

Both findings held true even after taking into account differences in diet and lifestyle, such as exercise and alcohol consumption.

The study, by researchers from Harvard University's T H Chan School of Public Health, Brigham and Women's Hospital and Harvard Medical School, doesn't prove that eating nuts was responsible for people gaining less weight, but it does show a strong relationship — people who ate more nuts did tend to gain less weight.

As to why calorie-dense nuts might help stave off extra pounds, the authors offer several possible reasons. One is that the fiber in nuts binds to some of the fat during digestion and stops the body from absorbing it. The fiber also tends to make people feel fuller than they might after eating other high-fat foods that are low in fiber. And then there's all that chewing.

ADVERTISEMENT
On a more practical note, replacing foods like desserts or potato chips with nuts may be a simple strategy to help prevent long-term weight gain. In this study, replacing French fries with nuts worked particularly well. You may still have to watch how many nuts you eat, but they can be a satisfying and nutrient-rich way to curb hunger.