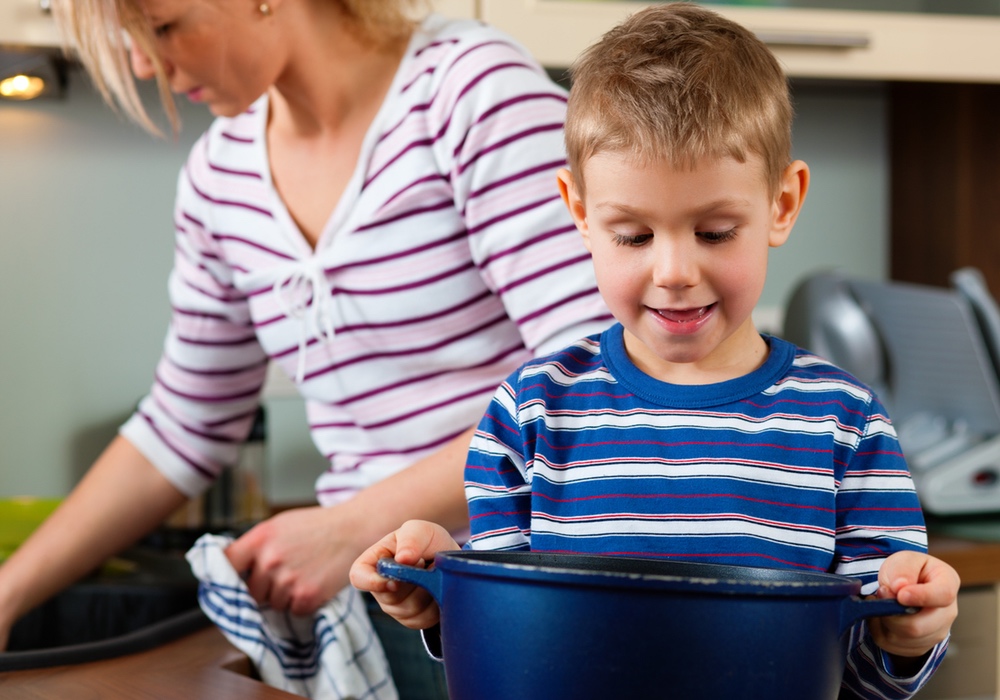 Beth Fontenot, MS, RD, LDN
Mothers who follow these five healthy habits cut their children's risk of becoming obese by as much as 80 percent.

Here's a game plan for mothers who want to protect their children from the health problems associated with becoming overweight or obese. If you follow five healthy habits, your children will be far less likely to become obese, according to a study by researchers at Harvard's T. H. Chan School of Public Health.

About 20 percent of children between the ages of six and 19 in the U.S. are obese. This puts them at risk for developing weight-related chronic diseases like diabetes and heart disease later in life, if not before they reach adulthood. Genetics does play a role in the development of obesity, but the rapid rise in the number of children who are overweight is likely to have more to do with how they are fed and nurtured than genetics.

Information on nearly 25,000 children born to about 17,000 women who took part in the Nurses’ Health II study was reviewed by researchers. Just over five percent of the children became obese during a five-year follow-up.
ADVERTISEMENT
Five lifestyle habits seen among the mothers were strongly linked to children's likelihood of being able to stay at a healthy weight: eating a healthy diet, getting regular exercise, maintaining a healthy weight, drinking alcohol in moderation and not smoking.

Children whose mothers followed all five healthy habits were 75 percent less likely to become obese compared to children whose mothers had unhealthy lifestyles. The greatest decrease in the risk of obesity was found when mothers and their children followed all five healthy lifestyle habits, but there were some significant differences in the level of protection various habits seemed to offer.

Mothers who abstained from alcohol were less likely to have obese children compared to mothers who drank low or moderate levels of alcohol. Few women in the study were classified as heavy drinkers so researchers could not assess whether heavy use of alcohol influenced the risk of obesity in those offspring.

Surprisingly, no connection was found between a mother’s diet and obesity in their children. The researchers think this could be due to the fact that children’s diets are influenced by many things such as school lunches and the kinds of foods available near where they lived.

ADVERTISEMENT
“Our study [is] the first to demonstrate that an overall healthy lifestyle really outweighs any individual healthy lifestyle factors followed by mothers when it comes to lowering the risk of obesity in their children,” Qi Sun, senior author of the study, said in a statement. Fathers' health habits matter, too, of course; and don't lose sight of the fact that healthy habits protect you, as well as your kids.