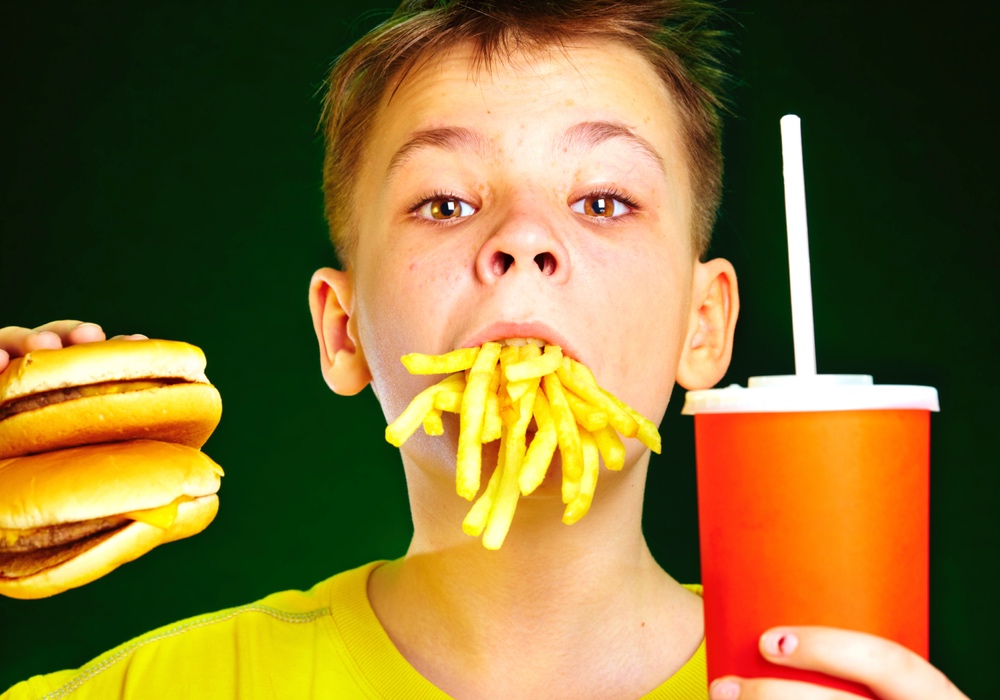 Here's one good way to get teens and tweens to eat healthier — appeal to their sense of outrage and their taste for social justice.

“We framed healthy eating as a way to ‘stick it to the man’ — we cast the executives behind food marketing as controlling adult authority figures and framed the avoidance of junk food as a way to rebel against their control,” said Christopher J. Bryan, lead author of a study on changing adolescent eating habits in PNAS, the Proceedings of the National Academy of Science.

And it worked. This approach led to adolescents choosing less junk food for snacks and drinking more water and less soda.

The students' growing awareness led them to be more likely to pass up sugary drinks in favor of water. It also raised the rate at which they gave up at least one unhealthy snack (chips or cookies) in favor of fruit, carrots or nuts.

Working with over 500 eighth graders, the researchers were able to portray healthy eating as an act of independence and a stand against corporate manipulation and social injustice.
ADVERTISEMENT

“We took a two-pronged approach to this,” said Bryan, an assistant professor of behavioral science at the University of Chicago Booth School of Business. “First, our healthy eating message was framed as an exposé of manipulative food industry marketing practices that influence and deceive adolescents and others into eating larger quantities of unhealthy foods.”

Kids became familiar with practices ranging from pop stars promoting sodas that contribute to obesity, to the product placement of junk foods in video games. The authors also emphasized the food industry's disproportionate targeting of poor people and very young children with advertisements for some of their unhealthiest products.

The students in the study were also treated to published accounts of food industry practices such as engineering processed foods to encourage overconsumption and examples of deceptive labeling designed to make unhealthy foods appear healthy.

It's enough to make anyone feel angry and manipulated.

The students' growing awareness led them to be 7% more likely to pass up sugary drinks in favor of water. It also produced an 11% percent increase in the rate at which they gave up at least one unhealthy snack (chips or cookies) in favor of fruit, carrots or nuts in this double-blind, placebo controlled study.

If continued, these changes in eating habits would correspond to one pound of body fat lost (or not gained) roughly every 6 weeks for boys and every 8 weeks for girls. That comes to several pounds a year. More importantly, students are making those changes on their own, raising the likelihood of healthier eating in the future.

RELATED STORIES
The Power Of Planting A Garden
What If Veggies Were Marketed Like Other Foods?
The FDA vs. Frito Lay
LATEST NEWS