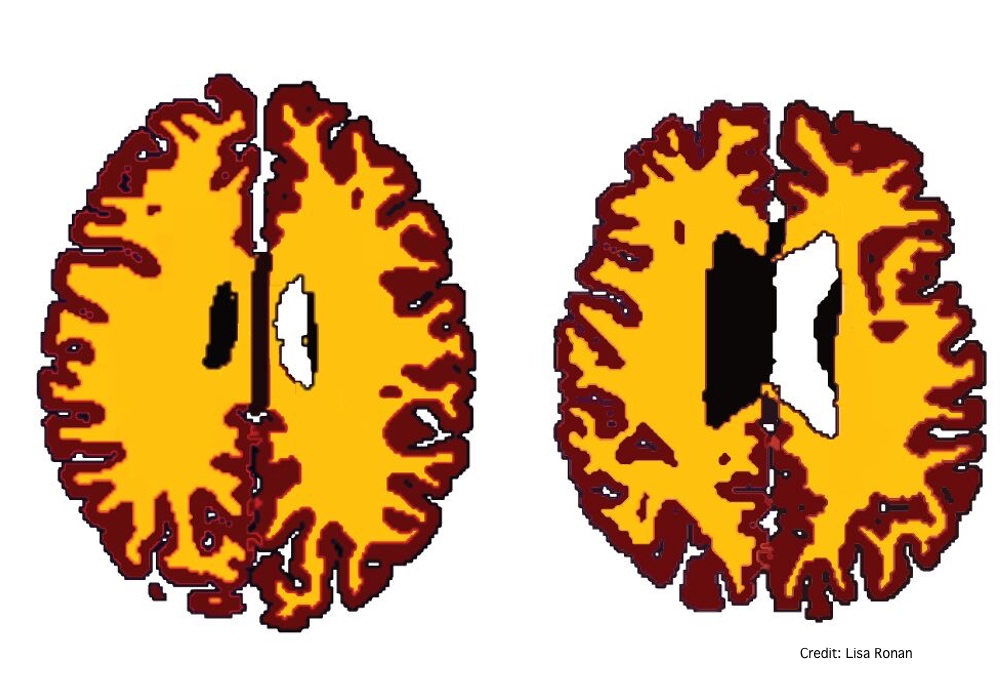 We all know how being overweight or obese can hurt your heart and other organs, including the brain. Earlier studies have found consistent links between being overweight and developing dementia — and now a new one finds that it’s also linked to significant changes in the brain, about the equivalent of aging an extra 10 years.

University of Cambridge researchers scanned the brains of 473 people, aged 20 and 87, who were either overweight or normal weight. They then compared the scans to see if there were any links between aging, weight and brain health.

The brain of someone who was overweight at 50 years old looked like it was that of a 60-year-old normal weight person.

People who were overweight had noticeably different brain structure than normal weight people as they aged. In particular, their white matter tracks — the parts of the cells that form complex connections between brain cells — were “shrunken” in the brains of the overweight participants. The difference was great enough that the brain of someone who was overweight at 50 years old looked like it was that of a 60-year-old normal weight person.
ADVERTISEMENT
The scans above are a comparison of grey matter (brown) and white matter (yellow) in two participants of the same sex. The one on the left is that of a 56-year-old with a BMI of 19.5. The one on the right is of a 50-year-old with a BMI 43.4.

Interestingly, this accelerated brain aging wasn’t apparent until a person was in middle age — that is, it didn’t show up in the younger participants. Which suggests that it takes some time to occur, but when it does, it can be pronounced.

Everyone’s brain shrinks a little with age, and the reason for this premature brain aging in overweight people isn’t totally clear. Studies like this one, which are purely observational, don’t tell us which one comes first, the brain changes or being overweight.

“As our brains age, they naturally shrink in size, but it isn't clear why people who are overweight have a greater reduction in the amount of white matter,” says first author, Lisa Ronan, in a news release. “We can only speculate on whether obesity might in some way cause these changes or whether obesity is a consequence of brain changes.”

Luckily, the differences were not apparent in the IQ scores of the participants. But given the evidence that overweight and obesity are linked to mild cognitive impairment and even dementia, staying mentally sharp is a pretty good reason to work on losing weight, aside from the many physical benefits of doing so, no matter what age you are.

ADVERTISEMENT
“The fact that we only saw these differences from middle-age onwards raises the possibility that we may be particularly vulnerable at this age,” said study author Paul Fletcher. “It will also be important to find out whether these changes could be reversible with weight loss, which may well be the case.”

The study is published in the journal the Neurobiology of Aging.