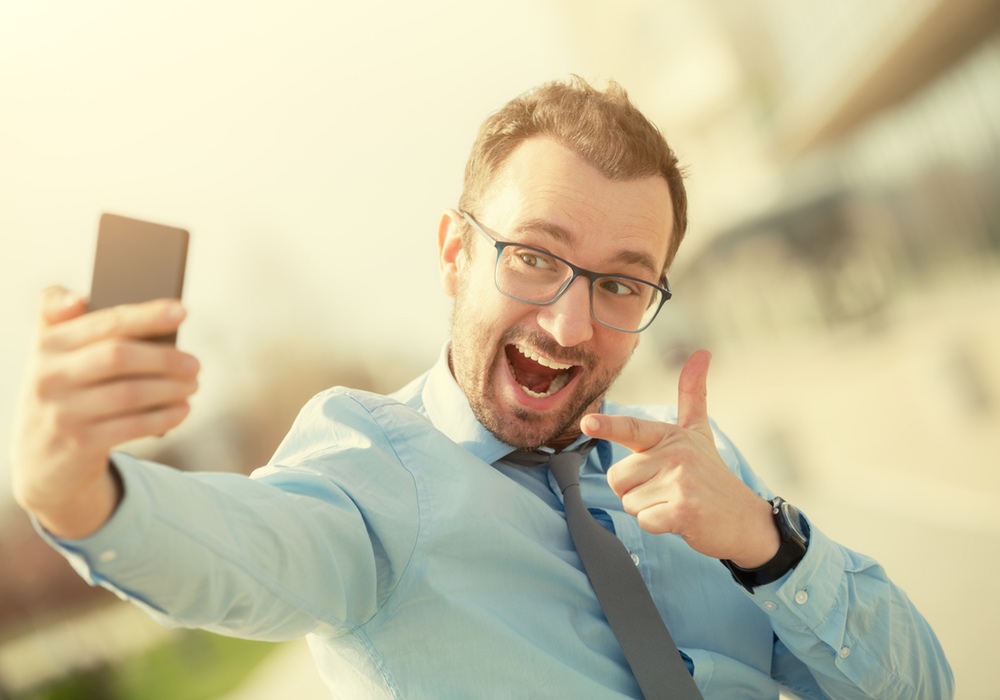 My Selfie is Better than Yours

Neil Wagner
Selfies are fun when you are the one taking them. Others' selfies are another story.

By one estimate, people take 93 million selfies a day. There are even sticks to make taking them easier.

There's a double standard when it comes to selfies, however. People tend to like their own selfies and feel that they are meaningful. Other people's selfies? Not so much.

If people don't like selfies, why are so many taking them? Two German researchers call this the selfie paradox and think they've found the answer to it.
ADVERTISEMENT
Some people see selfies as a creative outlet or a good way to connect with others and show friends or family your elation when you’re having a good day. It's like texting "hi," with a little more pizzazz. Others see them as narcissistic, self-promotional and inauthentic. Some even argue that, simply by their nature, selfies can never offer a meaningful glimpse into someone's life.

Over 200 people from Austria, Germany and Switzerland, average age 25, were asked for detailed information on their thoughts and habits regarding selfies, including how often they took them and their opinions on other people's selfies. Fully 77 percent said they regularly took selfies. And 82 percent said they would be happier if there were fewer selfies on social media, replacing them with other types of pictures.

The reason seems to be that people see their own selfies as different — and better, believing them to be more authentic and self-ironic than other people's selfies. Fully 40 percent claimed self-irony for their own selfies, but only 13 percent saw any irony in others’ selfies.

They also felt that others are having more fun than they are when taking their selfies, a feeling related to another downside of social media terror: the fear of missing out (FoMO). This tends to make other people's selfies more frivolous.

ADVERTISEMENT
While this seems to explain the paradox, the authors also speculate on a few other possibilities.

People aren't always truthful in surveys, a fact that has bedeviled political pollsters from time to time. Perhaps they enjoy taking selfies more than they let on in this study and find taking them a way to act like a narcissist without feeling like or appearing to be one.

Sometimes people aren't even fully aware of their motivations. They may see taking selfies as a social obligation that they secretly wish would disappear, just one more example of people perpetuating a custom they'd just as soon leave buried in the past. That bleak but highly speculative picture suggests a need to find ways to help everyone kick the habit.

If nothing else, this study might make you wonder about your own relationship with selfies and whether it would be a better world if people took fewer of them.

The study appears in Frontiers in Psychology and is freely available.

RELATED STORIES
Is Your Cell Phone Making You Sad?
What Your Online Dating Photo Says About You
Cell Phone Etiquette At Work
LATEST NEWS