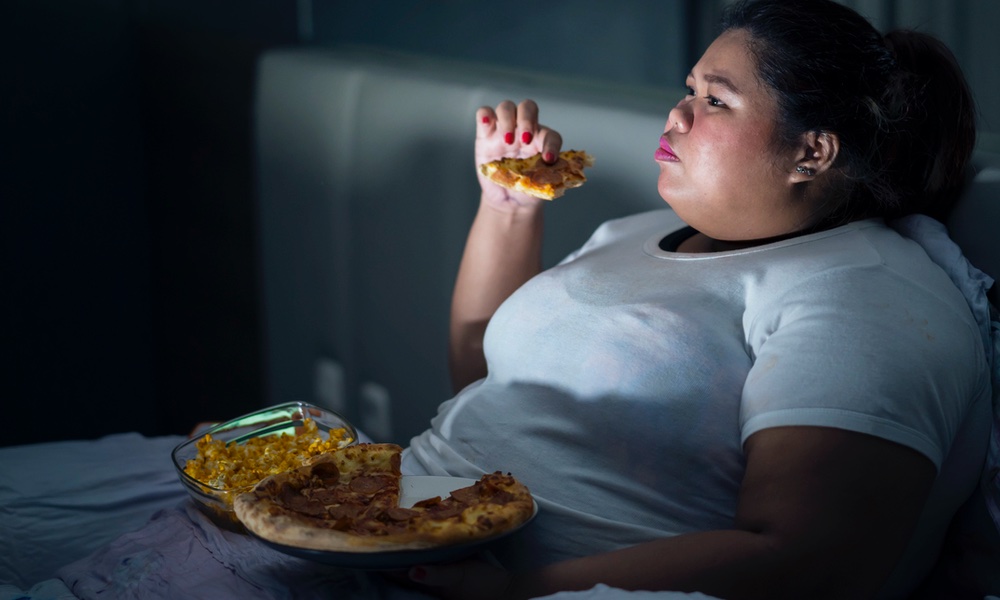 We’ve all heard the old adage: “ You are what you eat.” Now a new study shows that when we eat may also be important — especially with respect to controlling levels of depression and anxiety.

A study by researchers at Brigham and Women’s Hospital, Boston, is very relevant for those who work the night shift or travelers dealing with jet lag.

Those in the daytime-only eating group did not experience any increase in negative mood.

The timing of meals significantly affected the participants’ moods.

To conduct the randomized controlled research, the researchers had 19 participants — 12 men and 7 women — take part in a Forced Desynchrony protocol in dim light for four 28-hour “days” to disrupt their circadian rhythms. By the fourth artificially-induced “day” their behavioral cycles were inverted by 12 hours. This simulated night work and caused the expected circadian misalignment.

The study’s participants were then randomly assigned to one of two meal timing groups: the Daytime and Nighttime Meal Control Group had meal times according to a 28-hour cycle (resulting in eating during the night and the day — which is typical among night workers) and the Daytime-Only Meal Intervention Group, which had meals on a 24-hour cycle (resulting in eating only during the day). Every hour the research team assessed the participants depression and anxiety-like moods. They found that meal timing significantly affected the participants’ moods.

The results highlight the connection between dietary timing and circadian rhythm — the physical, mental and behavioral changes that follow a 24-hour cycle. “Our findings provide evidence for the timing of food intake as a novel strategy to potentially minimize mood vulnerability in individuals experiencing circadian misalignment, such as people engaged in shift work, experiencing jet lag, or suffering from circadian rhythm disorders,” researcher, Frank A.J. L. Scheer, Director of the Medical Chronobiology Program in the Brigham’s Division of Sleep and Circadian Disorders, said in a press statement.

How many people could a change in meal time affect? Plenty. Up to 20 percent of the workforce in industrial societies are shift workers. They are responsible for a wide range of employment including hospital services and factory work.

ADVERTISEMENT
“Meal timing is emerging as an important aspect of nutrition that may influence physical health,” Brigham researcher, Sarah L. Chellappa, now in the Department of Nuclear Medicine at the University of Cologne, Germany, said. “But the causal role of the timing of food intake on mental health remains to be tested. Future studies are required to establish if changes in meal timing can help individuals experiencing depressive and anxiety/anxiety-related disorders.”

Meanwhile, if you want to break a late-night eating habit that may negatively influence your mood, try these tips:

The study is published in PNAS, Proceedings of the National Academy of Sciences.