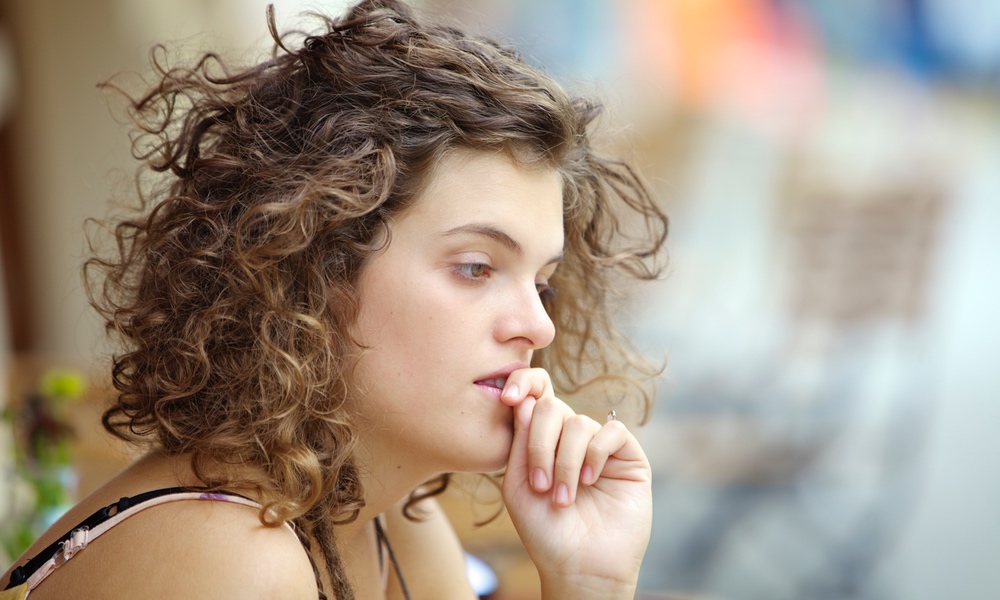 Leslie Carr
Sitting still, whether in front of a screen or in a class, lowers kids' moods. Luckily it appears that a little activity and less sitting can prevent this.

As kids grow older, instead of being told to sit still, they need to be encouraged to move. Children spend more time sitting when they hit the preteen years, and it only gets worse as they become teenagers, a study finds. Between school time, doing homework, gaming and other digital media, kids spend too many hours in a chair or on the couch.

It's not just about the physical benefits of exercise. Sitting in one place for long periods of time increases the likelihood teens will experience at least some of the symptoms of depression. But adding 60 minutes of light daily activity at age 12 was associated with a 10 percent reduction in depressive symptoms at age 18.

Kids who were consistently sedentary at all three ages had depression scores that were over 28 percent higher by the time they turned 18.

“Worryingly, the amount of time that young people spend inactive has been steadily rising for years, but there has been a surprising lack of high quality research into how this could affect mental health. The number of young people with depression also appears to be growing and our study suggests that these two trends may be linked,” said the study's lead author, Aaron Kandola, in a statement.
ADVERTISEMENT
“Our findings show that young people who are inactive for large proportions of the day throughout adolescence face a greater risk of depression by age 18.”

Intense exercise wasn't necessary, the University of London study found. Sports are great, but anything that gets kids moving instead of sitting can reduce the risk of depression. Doing chores like walking the dog, working in the garden, grocery shopping or hobbies such as playing an instrument, carpentry or painting all provide enough activity to improve teens' moods.

“We found that it's not just more intense forms of activity that are good for our mental health, but any degree of physical activity that can reduce the time we spend sitting down is likely to be beneficial,” explained Kandola.

The activity levels of over 4,250 children who were part of a larger, ongoing study were measured using accelerometers, which offer a more accurate way to track activity than the self-reports that are often used. The accelerometers told researchers whether a teen or preteen was engaging in light activity such as walking, in moderate-to-physical activity such as running or cycling, or if they were sedentary. Adolescents in the study wore them at least 10 hours a day for at least three days at ages 12, 14 and 16.

Depressive symptoms such as low mood, loss of pleasure and poor concentration were evaluated using a clinical questionnaire. Scores were placed where they fell on a spectrum. No clinical diagnosis of depression was made.

ADVERTISEMENT
Physical activity declined and sedentary behavior increased among all the teen participants. Light activity declined by an hour and a half a day — from about five a half hours to four hours. The time kids spent sitting increased by roughly the same amount — from slightly more than seven hours a day to nearly nine hours.

Each additional 60 minutes of sedentary behavior a day was associated with an eight to 10 percent rise in a teen's depression score. Kids who were consistently sedentary at all three ages had depression scores that were over 28 percent higher than those of their active peers by the time they turned 18.

“A lot of initiatives promote exercise in young people, but our findings suggest that light activity should be given more attention as well. Light activity could be particularly useful because it doesn't require much effort and it's easy to fit into the daily routines of most young people,” the study's senior author, Joseph Hayes of the University of London, said.

“Schools could integrate light activity into their pupils' days, such as with standing or active lessons. Small changes to our environments could make it easier for all of us to be a little bit less sedentary.”

If you are the parent of an adolescent who sits for long periods of time, try to come up with a daily chore that gets him or her off the couch and perhaps into the kitchen or out the door. Sitting is not good for adults, either, so you may want to come up with a way to build more activity in your daily routine, too.