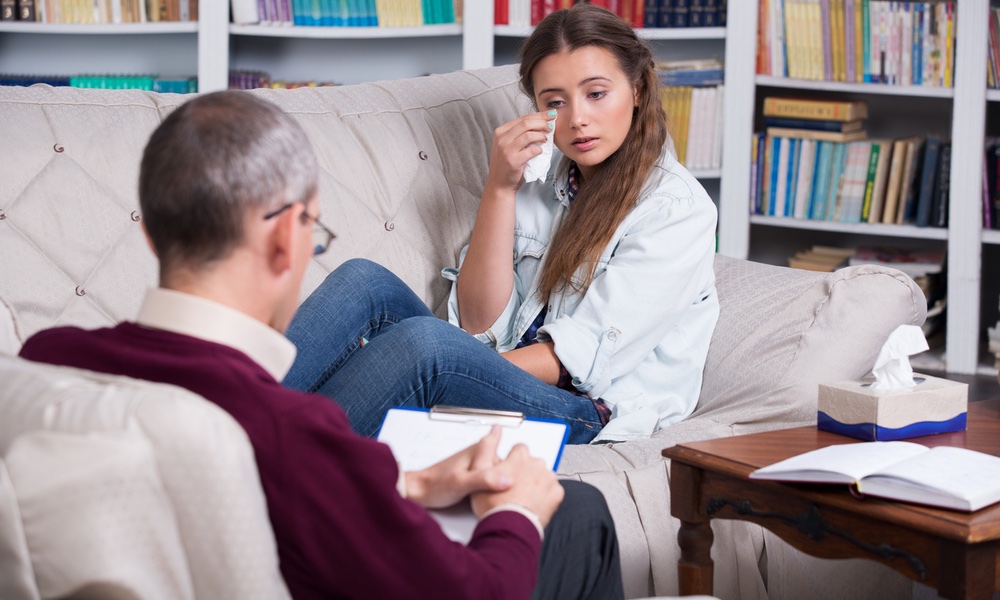 Charlotte LoBuono
Parents may miss the warning signs of depression in their teens and preteens. Counseling can help.

Adolescence is a bumpy road with plenty of emotional upheaval — as most teenagers and parents of teenagers will tell you. Raging hormones and peer pressures can make adolescent life intense and sometimes hard to navigate. Depression is a not-unusual result.

It's not so easy for teens' parents, either. Being able to tell the difference between normal adolescent mood swings and depression in preteens and teens is one of the biggest challenges parents face, a national poll has found.

Parents should be open to listening to their children talk about what might be bothering them, without trying to “fix it.”

The dilemma is made even harder because teens are becoming more independent and focused on friends, so parents may be less likely to know what is going on with their kids. “The pre-teen and teen years bring changes in kids’ behavior, and in the dynamic between parents and their children,” Sarah Clark, co-director of the C.S. Mott Children's Hospital poll, told TheDoctor. “These challenges make it hard to read children’s emotional state and determine if they are depressed.”
ADVERTISEMENT
The poll found that parents overestimate their ability to detect something is wrong — a third of parents saying that nothing would interfere with their ability to recognize signs of depression in their preteens and teens. That could be a problem. “An overconfident parent may fail to pick up on the signals that something is amiss,” said Clark.

The report is based on the responses of over 800 parents who had at least one child in middle school, junior high school or high school. Even though most parents said they felt confident they would recognize depression in their pre-teen or teen, two-thirds noted certain barriers to recognizing specific signs and symptoms. Indeed, 40 percent of parents said they found it difficult to differentiate between normal adolescent mood swings and signs of depression. Thirty percent said their children are good at hiding their feelings.

Isolation and sadness are signs of depression, along with anger and irritability, and sometimes substance use, Clark pointed out. She recommends parents have an ongoing conversation with their children.

Parents should be open to listening to their children talk about what might be bothering them, without trying to “fix it.” “It’s more expressing an opinion, and providing a positive message about getting help,” said Clark, a research scientist at the University of Michigan.

ADVERTISEMENT
Listen without getting angry or frustrated, and listen with the intention of not having all the answers. “Sometimes the best response might be, ‘That seems like it’s hard. We might want to consider ways we can get help for you,’” Clark said.

Getting help might mean professional counseling or identifying another trusted adult teens can go to for advice. These adults might be people at school or church, or a relative. “Sometimes the parent is not the safest person for the teen to talk to,” said Clark. She suggested parents say something like, “People love you, and if you ever have something you want to talk about, and you don’t want to talk to me, who would be a good person to talk to?”

Isolation and sadness are signs of depression, along with anger and irritability.

Finding the right resources can be difficult for parents who feel their teen is depressed and needs help. In many communities there may be few therapists who have experience working with children or who take the parents’ insurance. That is why there is currently a push to expand school-based mental health services. These can make it easier for teens to seek and receive counseling.

“The good news is that parents view schools as a valuable partner in recognizing youth depression,” said Clark. “The bad news is too few schools have adequate resources to screen students for depression and to offer counseling for those who need it.” She suggests parents lobby school principals, superintendents and school boards; and for funding, state legislators.

The C.S. Mott National Poll on Children’s Health reports on parental experiences and attitudes. The report on recognizing youth depression can be viewed here.