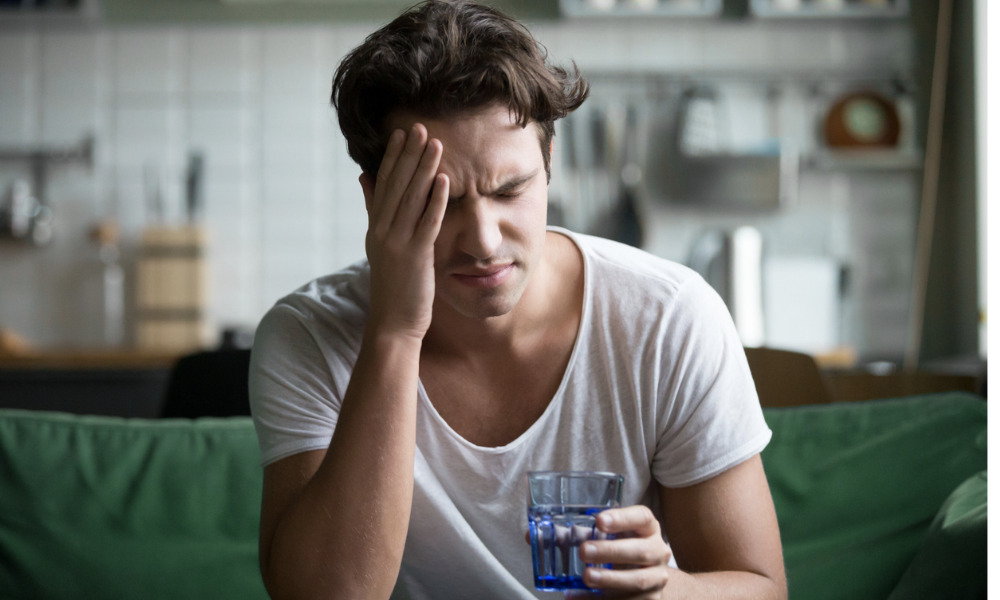 Binge Drinking Soars During the Pandemic

Robin Westen
Stay-at-home orders mean more people are bored, stressed, lonely -- and likely to drink too much. Alcohol consumption is way up.

Have you heard this one? I’m thinking of putting a drink in each of the rooms of my house and calling it a bar crawl.

There’s no shortage of jokes about boozing it up during COVID homestays, but it’s not really that funny. While most of us are spending more time stuck in our houses, we’re also reporting a wide range of negative emotions including loneliness, boredom, anxiety and stress.

As stay-at-home orders were extended, the odds of heavy alcohol consumption among binge drinkers rose further.

To numb these feelings, Americans are developing some pretty unhealthy habits, from over-eating and constant screen streaming, to consuming increasing amounts of alcohol. But that’s not all. According to a new study by the University of Texas Health Science Center School of Public Health, Dallas, binge drinking is way higher.
ADVERTISEMENT
The Centers for Disease Control (CDC) defines binge drinking as a drinking pattern that brings a person’s blood alcohol concentration (BAC) to 0.08 g/dl — grams per decilitre — or above. This typically happens when men consume five or more drinks or women consume four or more drinks within roughly a two-hour period.

Besides the number of drinks consumed, blood alcohol is impacted by an individual’s metabolic rate, gender, body weight, whether they have food in their stomach and whether or not there’s also any over-the-counter, prescription or illegal drugs in their body.

Nearly 2,000 adults over 18 in the U.S. took a survey on their drinking habits during the initial lockdown from March to mid-April 2020. Roughly a third (32 percent) reported binge drinking during the pandemic.

Alcohol poisoning is one of the greatest immediate risks of binge drinking.

As stay-at-home orders were extended, the odds of heavy alcohol consumption among binge drinkers rose further — an extra 19 percent for every week of lockdown, according to the survey. “Increased time spent at home is a life stressor that impacts drinking and the COVID-19 pandemic may have exacerbated this stress,” said researcher, Sitara Weerakoon, a PhD candidate at the University of Texas.
ADVERTISEMENT
Until social distancing and lockdown orders are lifted, new interventions and prevention strategies for those people living in isolation and at risk of dangerous drinking are needed, the researchers say, to prevent the long-lasting health consequences binge drinking can cause.

High blood pressure, stroke, heart and liver disease, as well as memory and learning difficulties, fetal alcohol spectrum disorders and poor pregnancy outcomes are among the physical and mental problems brought on by binge drinking.

Excessive drinking can also increase the risk of obesity, breast cancer, depression and suicide. What’s more, those who are alcohol dependent have compromised immune systems that reduce the body’s ability to fight off infectious diseases, including SARS-CoV-2.

Alcohol poisoning is one of the greatest immediate risks of binge drinking. This happens when the body is unable to process the high level of alcohol consumed in a short period of time. The signs of alcohol poisoning include confusion, irregular breathing, vomiting and seizures.

If you’re worried about your own, or a loved one’s, dangerous drinking habits, speak to your physician, an alcohol treatment specialist or call the Substance Abuse and Mental Health Services Administration (SAMHSA) National Helpline at 1-800-662-HELP (4357). SAMHSA is a free, confidential, 24/7 treatment referral and information service (offered in English and Spanish) for individuals facing mental and/or substance use disorders.

ADVERTISEMENT
The study is published in the American Journal of Drug and Alcohol Abuse.