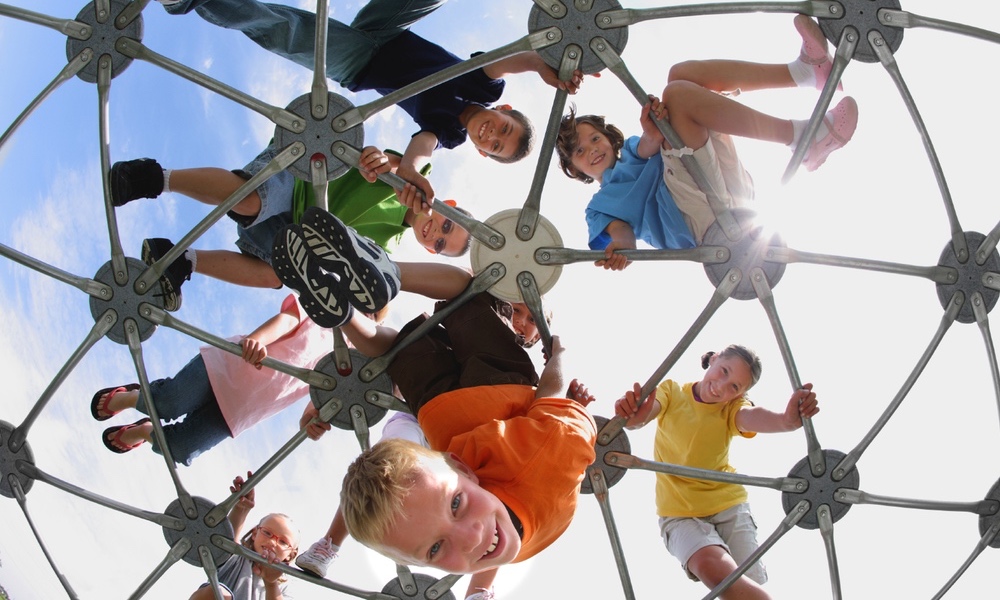 From Cheetah to Tortoise Mode

Self control is child's play — literally. Playing games is one of the best ways for kids learn to regulate themselves, and a New Zealand study shows how parents can help this happen.

The ability to control emotions and behavior is an essential skill, yet many children struggle to learn it. Dione Healey of the University of Otago in New Zealand has been working on a simple program to help teach self-control to three- and four-year-olds. “Self-regulation is essential for school readiness and success…you need to be able to sit still, not blurt out answers, persist with tasks, manage frustrations, and give and take in social relationships,” she said in a statement. “We also know that early self-regulatory skills are predictive of adult outcomes.”

The games are easy for parents to put to work in daily situations.

Healey's program, aptly named ENGAGE, has parents involved in a wide range of structured activities with their children, for 30 minutes a day. Children learn to wait their turn, plan their next move, focus better and manage frustration when things don't go their way.
ADVERTISEMENT
Practice Controlling Mind, Body and Emotion

Some are games that teach kids how to regulate their behavior, like ball games and leap-frog, in which a child must remain still while others jump over them and wait their turn to jump over others. Others are playful ways to exercise cognitive control. For example, Copy Me has kids watch a sequence and then repeat the sequence from memory.

Other activities, like breathing exercises, are aimed at helping children find ways to control their emotions.

Even children without behavior and attention difficulties can gain better self control with the games and activities in the program.

Researchers compared the effectiveness of the ENGAGE games and activities on children who tested as hyperactive and were from 60 different families with the results seen from New Zealand's currently favored treatment for children with behavioral difficulties, the Positive Parenting Programme (Triple P).
ADVERTISEMENT
Overall, ENGAGE was found to be as effective at improving children's behavior as Triple P. Hyperactivity, inattention and aggression were all lowered to within the typical range for children their age, and this was maintained for the next 12 months, according to the parents' reports.
From Cheetah to Tortoise Mode
There are big differences between the two programs, however. Triple P is an eight-week program that requires that parents of hyperactive children learn 17 core child management strategies, a tough burden. ENGAGE, on the other hand, relies on lessons learned from ball games requiring kids take turns and catch and throw the ball to others. In Animal Speeds children move around at different speeds based on whatever animal name is called out, from the very fast Cheetah mode, to tortoise mode.

The games are easy for parents to put to work in daily situations. “[W]hen they are out and about as a family, parents were able to just say ‘tortoise mode’ when they wanted their child to slow down. They found this worked really well and helped manage their child's behavior very effectively whereas in the past they were constantly telling their child to slow down with no success,” explained Healy.

Even children without behavior and attention difficulties can gain better self control with the games and activities that make up the ENGAGE program. The next time your child or children are having trouble keeping themselves under control, try focusing their energy and attention by turning to games like Simon Says, having children perform an action when the phrase “Simon Says” is used, but remain still when it's not. Or hide a token under one cup and then mix it around with three or four others while kids watch. Then have them try to guess where the token is.

ADVERTISEMENT
“With ENGAGE, we now have an additional treatment option for young, at-risk children that is enjoyable, low cost, easily accessible, and associated with long-term maintenance of treatment gains,” says Healey. “It's good to have a choice of equally effective options as what works well for one family may not work as well for another.”

The study, with descriptions of games you can play with young children that improve self control, is published in the open-access journal, Scientific Reports.