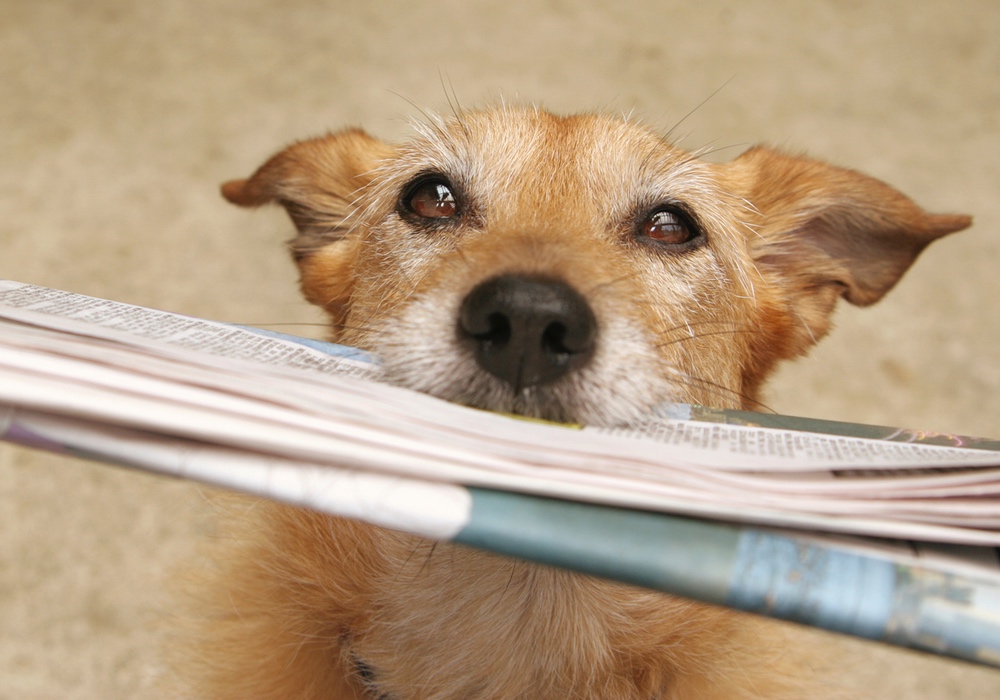 Which would your dog prefer, your company or a little extra food? In a study of dogs that used MRI scans and a head-to-head competition, people narrowly won out over food.

Emory University's Dog Project is the first to train dogs to voluntarily enter a functional magnetic resonance imaging (fMRI) scanner and remain motionless during scanning without restraint or sedation.

If you've thought of your dog as a Pavlovian machine who only likes you because you feed him, think again. Thirteen of the 15 dogs in this study apparently valued praise as much or more than they valued food.

The things our dogs will do to please us.
ADVERTISEMENT
Fifteen dogs were trained to associate certain objects with receiving a reward. A pink toy car meant they were about to receive a food reward. A blue toy horse meant verbal praise was sure to follow. A hairbrush meant that no reward was in the offing and served as a control.

The dogs were shown each object 32 different times while they were in an fMRI scanner. Previous research showed that the ventral caudate area of their brain acted as a reward center, becoming active when the dogs received (or anticipated) a reward. The question here was which would activate the area more, the car or the horse.

Brain scans can sometimes be hard to interpret. So the dogs were also given a more direct test. They were repeatedly placed in a simple Y-shaped maze that they had been through before. One path led to a bowl of food, another to their owner. If they came to the owner, he or she would then praise and pet them. Which path would the dogs choose?

Think about it. Given the choice between a plate of freshly-baked chocolate chip cookies in one room and you in another, which would your significant other choose?

ADVERTISEMENT
Here, the dogs reacted pretty much as their fMRI scans predicted they would. On 20 trips through the maze, each tended to pick just as their brain scans said they would. Most of the dogs alternated between food and owner, but the dogs who had shown the strongest neural response to praise chose to go to their owners 80 to 90 percent of the time.

Of course, every dog has their own unique personality. Ozzie, a shorthaired terrier mix, chose the food every time. Ozzie's behavior wasn't typical. But his owner forgives him.

So if you have thought of your dog as a Pavlovian machine who only likes you because you feed them, think again. Thirteen of the 15 dogs in this study apparently valued praise as much or more than they valued food.

There's no word on researchers attempting this type of study with cats, but the study may offer parents something useful to keep in mind when it comes to their children. A little praise can go a long way.

The study appears in Social Cognitive and Affective Neuroscience and is freely available.