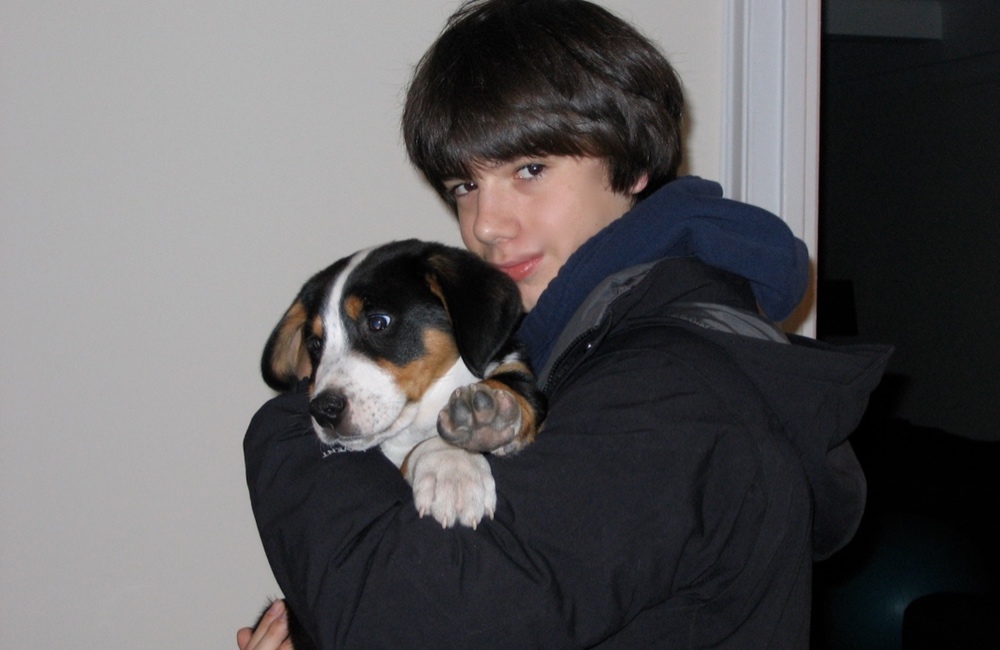 Neil Wagner
An unofficial study is garnering a lot of attention for suggesting that dogs don't like to be hugged.

Dogs are such huggable creatures that the impulse may be hard to resist, but your dog may be much happier if you find another way to show how much you love them. Most dogs hate to be hugged — at least according to an impromptu online study of dogs in photos. The findings underscore both the ways dogs and human animals are alike and the ways they are different.

The investigation was undertaken by Stanley Coren, a retired professor of psychology at the University of British Columbia, writing for Psychology Today after a student hugged his dog. While he's not planning on submitting this study to a scientific journal, his findings do suggest that dogs do not view hugs as positively as we might think.

A small child, scooped up by a stranger, might respond similarly.

Rather than wait for institutional funding, Coren, who has written a number of books on dogs, turned to Internet photos. Since it often seems that half the web is devoted to pet pictures and videos, there was no problem finding a large sample.
ADVERTISEMENT
The study tried to be scientific. It used only photos where the dog's face was clearly visible and eliminated situations where one might expect the dog's stress level to rise because of factors other than being hugged, such as when someone lifts a large dog off the ground while hugging them. In the end, 250 of the photos that met these criteria were randomly selected for analysis.

The photos were analyzed for signs that the dogs in them were stressed. These included the dog turning his head away from what was bothering them, closing their eyes, flattening their ears, licking their lips and, of course, baring their teeth.

Then the dogs were classed as follows: stressed, relaxed or neither/uncertain.

The results were pretty clear: 81.6% of the photographs showed dogs who were giving off at least one sign of discomfort, stress or anxiety. Only 7.6% of the dogs seemed comfortable being hugged. The other 10.8% percent of the dogs were either neutral or the photo ambiguous.

So according to this rather unscientific study, more than four out of five dogs do not like to be hugged.

ADVERTISEMENT
The study was inspired by a psychology student who had hugged the author's six-month old puppy, later explaining that hugs between mother and child release oxytocin, the love hormone , helping the two bond with each other.

But the puppy was not impressed, turning away and slicking his ears back in response.

Why wouldn't dogs like hugs? It may help to think like a dog here. Dogs are designed for fast running. Their primary strategy for dealing with stress is to move away, running if necessary (you probably know a few people who do this, too). Hugging a dog immobilizes them and deprives them of this ability. A dog may then turn to more hostile options. It can also be experienced by said canine as domination. in addition, in this particular instance the student may have been overlooking the fact that the dog didn't know her at all and that being so much larger than it was, she was intimidating. A small child, scooped up by a stranger, might respond similarly.

The article drew a number of critical responses. Some people criticized its methodology, saying that it was taking the photo, not the hug, that was really upsetting the dog. Others suggested that the author misinterpreted stress signals, noting that dogs also slick their ears back when they're playing with other dogs. And still others told of how their dogs simply loved to be hugged.

Dogs may not be human, but they do have different personalities. They are also discriminating — being hugged by your owner is not the same as having a stranger scoop you up on the street. Think of how you would feel if a stranger did that.

ADVERTISEMENT
It should be pretty easy to tell whether or not your dog enjoys hugs. Dogs are pretty open about what they're feeling (though facial expressions may not always be the best indicator of this). Just be prepared to pay attention to their signals of discomfort.

An article on the study, which is not published in a peer-reviewed journal and therefore should be treated skeptically, appears in Psychology Today.

RELATED STORIES
Does Your Child Need A Dog?
Old Dogs And New Tricks
What Dogs Do For Us
LATEST NEWS