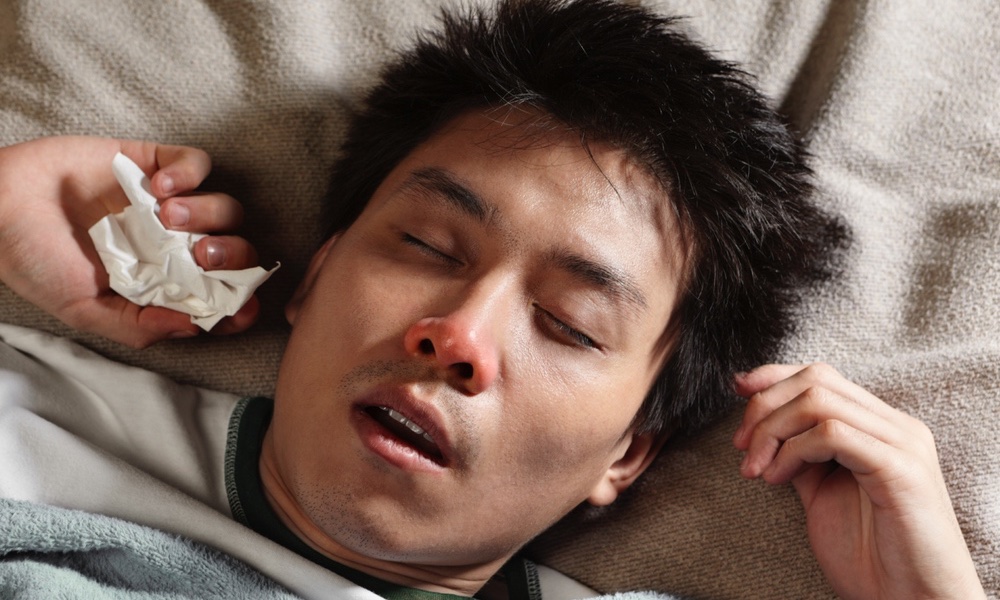 Another flu season is drawing to a close. You probably know the risk of getting the flu goes down as the weather turns warmer, but you may not know why. It's not about the heat — it's the humidity. While the general connection between dry air and the influenza virus has been known for a while, the reasons behind it have been elusive until now. Dry air disrupts elements of the immune system, making it less able to fend off infection, a team of Yale researchers has found.

Mice that were genetically modified to resist viral infections were used in the experiment. They were divided into two groups. The temperature at which both groups lived was the same, but one group of the mice lived in conditions of low humidity, while the other lived in normal humidity.

Both groups of mice were exposed to the influenza A virus, but the team found that mice living in the dry conditions were less able to resist the viral infection.

Low humidity interfered with their bodies' immune responses in three ways. It hindered the ability of cilia, the hair-like structures lining the cells of their airways, to remove viral particles and mucus. Low humidity also made these cells less able to repair the damage the influenza virus did to cells in the lungs. Finally, when cells are infected by a virus, they send out interferons, signaling proteins to alert cells nearby to the threat, but in low humidity this protection system failed.

ADVERTISEMENT
“It's well known that where humidity drops, a spike in flu incidence and mortality occurs. If our findings in mice hold up in humans, our study provides a possible mechanism underlying this seasonal nature of flu disease,” explained lead researcher, Akiko Iwasaki, the Waldemar Von Zedtwitz Professor of Immunobiology, in a statement.

Humidity is not the only factor in flu outbreaks, but it should be considered during the winter season, the researchers point out. Using humidifiers to add moisture to the air at home, school, work and even hospital environments could potentially reduce flu symptoms and speed recovery. But don't stop getting your annual flu shot.