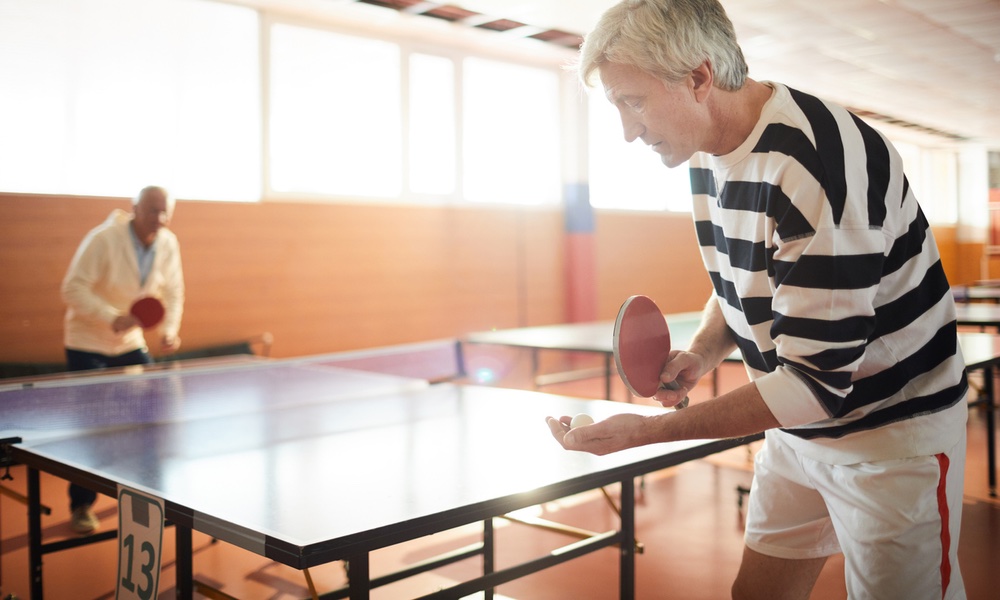 Neil Wagner
A friendly table tennis match can improve the tremors and instability that can accompany Parkinson's disease.

People with Parkinson's disease might want to dust off their ping pong paddles and find a partner. Weekly sessions of table tennis helped one group of Parkinson's patients better control many of the disease's frustrating symptoms.

Parkinson's disease affects nearly one million people in the United States, with symptoms ranging from tremors and involuntary movements to depression, anxiety, difficulty walking and problems when talking.

With so many of Parkinson's ill effects manifesting themselves as trouble with coordination and reflexes, researchers decided to take a look at whether playing ping pong might be helpful, since the sport can improve hand-eye coordination and sharpen people's reflexes.

Twelve people with mild to moderate Parkinson's symptoms, average age 73, were selected for a pilot study. Each had been diagnosed with Parkinson's disease about seven years previously.

When tested three and six months after the start of treatment, people in the study showed significant improvements in many areas, including speech, walking and getting dressed.

Many of Parkinson's symptoms can make the everyday tasks most of us take for granted difficult or even impossible. Take getting out of bed in the morning. Sure, it requires some effort, but most people manage it on the first try. The people in this study needed over two attempts, on average, to successfully do this at the start of the study. After six months of ping pong, they were able to get out of bed with one try. Improvements were also seen in specific symptoms such as problems with balance, facial rigidity, slow movement and hand tremors. Two people experienced side effects, with one person developing a backache and the other suffering a fall.

The study was only a pilot study, a first attempt at seeing if ping pong might show promise as a Parkinson's treatment. Aside from its small size, the study's main limitation was the lack of a control group for comparison.

A much larger national multi-center study to confirm the findings is under preparation.

The study findings will be presented at the American Academy of Neurology's 72nd Annual Meeting in Toronto, Canada. The meeting will be held from April 25 to May 1, 2020.

Results presented at a meeting should be considered preliminary until they are published in a peer-reviewed professional journal. But that doesn't mean you need to wait if a little ping pong sounds like fun.