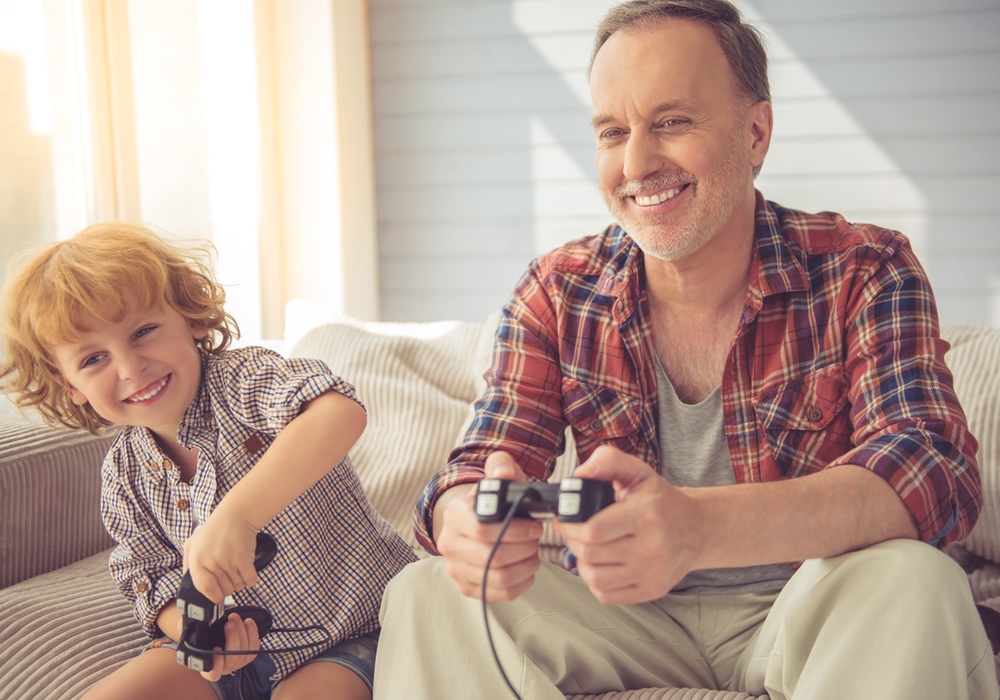 Video Games to the Rescue?

Neil Wagner
When it comes to staying sharp, video games appear to work just as well as brain training.

If you have been thinking about brain training as a way to stay sharp, you may want to try one of your kids' video games instead. A recent study found video games are as effective as a popular brain training program when it came to improving decision making.

Brain training and brain games have been all the rage for several years as the population ages and cognitive decline looms. Not surprisingly, some games and programs seem to work better than others. A new study looking at the much-advertised program, Lumosity, found that people who had 10 weeks of Lumosity training fared no better than people who played 10 weeks' worth of video games.

Lumosity ran into trouble a few years back, when the Federal Trade Commission concluded that it did not have the evidence to back its claims of “‘proven’ ability to enhance brain function, ward off degenerative brain diseases, and improve academic and athletic performance.” Its parent company paid a $2 million fine, though it admitted no wrongdoing.
ADVERTISEMENT
The Lumosity website currently cites research showing that training with Lumosity led to better improvements in cognition than 10 weeks of online crossword puzzles did. But it mentions that it is not yet clear whether this leads to improvement in everyday mental tasks in people's lives.

A recent study at the University of Pennsylvania found that not only did brain training with Lumosity have no effect on decision making, it also had no effect on people's general cognitive (mental) abilities.

The researchers were interested in finding a way to reduce the likelihood that people will engage in unhealthy behaviors such as smoking or overeating. Because people with stronger cognitive abilities tend to make fewer impulsive decisions, they decided to explore the possibility that commercial brain training programs could help people to make fewer impulsive or risky decisions.

They tested two groups of 64 healthy young adults. One group was asked to follow the Lumosity regimen, playing the games for 30 minutes a day, five days a week for 10 weeks. The other group played online video games instead.

People were given two tests of decision making, both before and after the training. One tested their tendency to make impulsive decisions, the other their propensity for making risky decisions.

ADVERTISEMENT
The researchers found that the training didn't induce any changes in brain activity or decision making during these tests.

The participants were also asked to complete a series of cognitive tests that were not part of the training to see if the program had any effect on their general cognitive abilities. While both groups showed improvement, people who trained with Lumosity didn't show any more improvement than the people who played video games did.

Furthermore, when they tested a group who did not train with Lumosity or play video games over the 10 weeks, these people showed a similar improvement on these cognitive tests as the other two groups did, suggesting that neither brain training nor video games led to cognitive improvements beyond practice effects.

The best way to keep the mind sharp in old age is to remain mentally, socially and physically active. Where exactly games and brain games fit in hasn't been fully worked out yet.

The study appears in the Journal of Neuroscience.