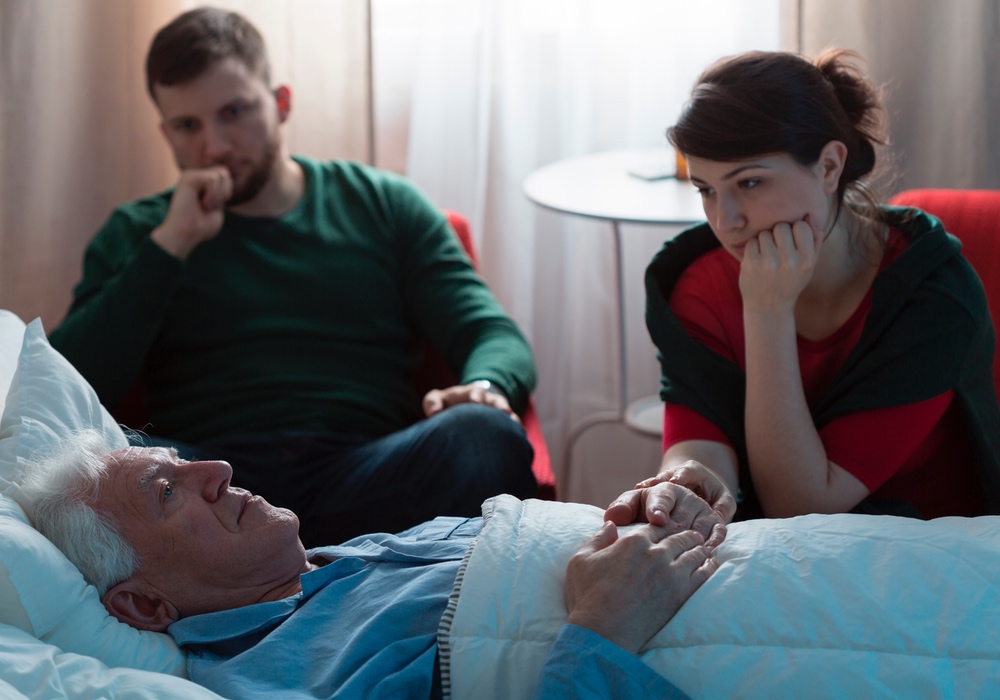 Agitation rarely makes life easier for anyone. That's the idea behind giving antipsychotic drugs to seriously ill people who are suffering from delirium, often as a result of treatments they are receiving. Unfortunately, these drugs not only don't help, they seem to be making matters worse, a new Australian study finds.

Antipsychotic drugs have been used to calm distressed patients since the 1950s, when they were found to reduce the symptoms of schizophrenia. They are also now used to treat the delirium that often accompanies severe or terminal illnesses, despite limited evidence that they are effective.

Delirium is a disturbed state of mind characterized by restlessness, delusions and incoherent thought and speech. It's distressing to patients, to their relatives and caregivers. Since so many patients receiving end-of-life care suffer from it, there's broad agreement that it's a problem in need of a solution.
ADVERTISEMENT
The earliest antipsychotic drug was Thorazine (chlorpromazine). By 1990, there were over 40 antipsychotics on the market. The current study looked at two commonly prescribed, risperidone and haloperidol.
Confusing the Confused — And Worse

It's not just that symptoms of delirium were worse in patients who were given these drugs. They were also likelier to die during the course of the study, even though they only took the drugs for 72 hours.

As you might expect, the study authors concluded that antipsychotics are not appropriate for these patients.

People with serious or incurable illnesses still need care. Easing their symptoms and helping them be comfortable is part of what is known as palliative care. Up to four in 10 people admitted to a palliative care unit show symptoms of delirium, with more developing these symptoms towards the end of life.

ADVERTISEMENT
The study suggests that antipsychotics are not an effective part of palliative care. They don't relieve agitation, they may further confuse weak patients and they may even hasten their deaths.

Most trials of antipsychotics' ability to treat delirium symptoms have been flawed, according to the authors. They performed their own randomized, controlled double-blind study — the gold standard — to test whether risperidone and haloperidol actually did help reduce delirium's more distressing symptoms, such as inappropriate speech, inappropriate behavior, delusions and hallucinations.

The Study
The study looked at 247 Australian patients with advanced incurable disease and delirium symptoms who were either patients in a hospice or receiving palliative care in a hospital. Approximately one-third were given oral risperidone every 12 hours for 72 hours (6 doses), while one-third received oral haloperidol and one-third received oral placebo.
ADVERTISEMENT
The main outcome looked at delirium symptoms on day 3 of the study. Survival (up to six year later) and side effects were also reviewed.

Up to four in 10 of people admitted to a palliative care unit show symptoms of delirium, with more developing these symptoms towards the end of life.

People who took either antipsychotic, particularly those who took haloperidol, were 73% more likely to die during the course of the study.

That's a rather drastic way to reduce mental confusion.

The Power of Marketing

If they're ineffective, why have antipsychotics been used so long? An invited commentary traces their use back to the power of a 1950s advertisement for Thorazine that shows an older white-haired man wielding a cane in threatening fashion.

Sixty years from now, will people be making similar comments about some of today's drug ads?

Both the study and the commentary appear in JAMA Internal Medicine.